Of all the star signs you might possibly imagine, Capricorn is as steadfast and dedicated to the long game as they come.

These are patient people who are practical to the very letter – always on time, always precise, and always with their eye on the prize.

It’s no secret that Capricorn people like to win in life, and win big.

And while these folks are more than capable of putting in the mileage needed to reap life’s biggest rewards – money, fame, love, you name it – they’re sometimes slow to admit there are influences outside their control.

Elements of the human condition such as luck, chance, and fate or a little tricky for Capricorn people to grasp, and so many of them instead choose to focus on the tried and true – the things that they can reach out and influence physically.

However, in 2021 and beyond, as the world gets ever more confusing a place to be, Capricorn people are turning more and more to astrology, numerology, and more besides for a sense of direction and grounding.

Capricorn people can trust the lucky numbers listed here to help align their hopes and dreams with good fortune and opportunities to excel that go beyond the slow road and the patient approach.

Capricorn people are their own best friends and they place their faith almost exclusively in themselves and themselves alone to get the job done.

If they want that promotion, intend to date that cutie, or want to heal from an unfortunate injury or illness, they roll up their sleeves and put in the work.

Step by step, they obtain their goals, and when you consider that the number 1 is a lucky Capricorn number, this lone wolf outlook makes a lot of sense.

While it might seem like a very common number altogether, we don’t actually see the number 1 as often as we might think while wandering our neighborhood or on our commute to work.

Therefore, Capricorn folks looking to maximize their good fortune are advised to take stock of where and when they see the number 1, and what it signifies to them.

Capricorn people don’t like to shift gears or make sudden changes without reassurance, but sometimes they have to seize the day and act fast – a true source of discomfort.

Take heart when the number one is marking the train you take to a job interview, the number of a building where your new partner lives, or even the number on your ticket stub for the deli counter.

Wherever this, and other lucky numbers, may appear, good luck is sure to follow.

If you’re to take a leap of faith then, dear Capricorn, it’s when the number 1 is close at hand – the one true path, and the first page of a new chapter of life you deserve.

You may also find this interesting:  Capricorn: Three Signs Your Need for Approval Is Sabotaging Your Love Life

The number 4 is a fascinating number when you look at its position in superstition in various cultures around the world.

Perhaps the most notable example is the aura of fear that often surrounds the number 4 in the Far East.

In countries like Japan, China and others besides, the number 4 has connotations with misfortune, accidents, bad luck, and even death.

You might well be thinking, how on Earth could such a highly superstitious number be lucky for Capricorn if this is true?

That’s especially true of those Capricorn souls who have cultural ties or a lineage that can be traced back to the Far East, or if they currently reside in countries in Far East Asia where those superstitions continue in many circles to this day.

However, remember always that Capricorn people have deep ties to the darker side of life, and in many respects, they’re somewhat fearless.

In these instances, then, seeing the number 4, or making a big decision on the 4th day of the month, often bodes well for Capricorn people.

There’s an element of Capricorn folks stoically striding where others fear to tread about this energy, and it’s through these very means – quietly pioneering and innovating out of plain sight – that these souls can experience some of their most remarkable instances of good fortune in 2021 and beyond.

Capricorn people are very set in their ways, and they don’t like instigating or experiencing changes that are brought about beyond their control.

Furthermore, for good and ill, these folks can get caught in their heads a little bit from time to time.

Capricorn people like to consider things from every angle, but this can lead to rumination in the extreme if left unchecked.

However, if a Capricorn individual is caught up in overthinking, consider if the number 8 is close at hand – on a building, on a passing bus, or if it’s even 8 PM and they didn’t realize it unless glancing at it their phone or watch.

If that’s the case, it’s an invitation to breathe deep, release, and allow the Capricorn mind to rest. Why? Because the number 8 is also the symbol of infinity.

Capricorn people need to sometimes be reminded that there is an infinite number of possibilities and solutions even outside the comprehensive selection of outcomes they have already no doubt devoted lots of time thinking about.

Entrust yourself to that flow of eternity, dear Capricorn, and you’ll find that the lucky number 8 especially will prove a guiding light to show you the way through what might seem like insurmountable circumstances.

The number 8 will pop up here and there to show you that it’s fine to go with the flow on this occasion and that no heartbreak or rejection can slow you down – it’s all refining the path to better things.

You may also find this interesting:  Capricorn and Marriage

Capricorn people are people to which abundance in love, money, and indeed luck naturally flows.

The temperament of these souls can lean towards the glum side from time to time, but these are actually people hardwired for success at the soul level – their win is inevitable.

The number 10 is a number of completion, of wholeness – it’s the number reached by counting upwards, from which other following numbers can’t help but take their cue and become multiples thereof.

Capricorn people who see the number 10 around them, in-home addresses, on birthdays of new friends or partners, or in text messages received at 10 Pm with unexpected good news, will see how this number is closely tied to their good fortune in all areas of life.

The number 10 represents to Capricorn that fulfillment of a goal has been reached, or that imminent – and that a new opportunity for love, romance, wealth, or personal growth is about to unfold.

Is 13 really a lucky number?

In countless cultures around the world, the number 13 is felt like a number to be avoided by the superstitious at all costs.

In some cases, it gets so bad that some especially worried people refuse to go out if the calendar happens to say it’s Friday 13th!

Yet for Capricorn, 13 is indeed a lucky number, and one that proves that taking one’s one route through life, whatever naysayers or doom and gloom forecasts might suggest, is the surest road to success.

So where others might notice the number 13 cropping up all around them as they try to further their career or find a partner – and feel discouraged by this omen – Capricorn should instead take heart that the entire universe is reinforcing this route as one towards success!

Just as much as a wise Capricorn – of which there are many in this world – can expect good luck to come their way if they embrace the good luck brought by their lucky numbers, there’s just as much a reason to learn about and try to avoid unlucky numbers for Capricorns in 2021.

In this instance, one unlucky number for Capricorn people is the number 62.

Granted, it doesn’t crop up all too often in life, but the saving grace is that makes it all that bit easier to notice.

There’s a sense of subterfuge and disruption to the number 62 that really clashes with the goals and directives of the Capricorn people during 2021.

Dear Capricorn, definitely don’t hold any business meetings in any buildings that are numbered 62 on their street if you want to close that deal!

You may also find this interesting:  Capricorn Career Horoscope 2016

Watch out for the number 12 too. It’s on every clock face around you, Capricorn, so it’s not unavoidable as such – but it symbolizes how deadlines can creep up on you if you’re not careful this year, and how many strategies you’ve laid out might get delayed beyond your control.

Always do this when you see lucky number 22

A big lucky number for Capricorn people looking for love in 2021 – a love that lasts, rather than the fly-by-night disappointments you may have put up with up to this point – is the number 22.

Two twos are four, of course, making for an instant connection to another remarkable Capricorn lucky number – but it goes deeper than that. In spiritual thinking, two of the same number side by side is so often indicative of partnership and lasting commitment.

For the more career-minded among you, it can mean a lucrative business partnership that seems to swing into action all of a sudden on the 22nd of a given month – or even a text message from an apologetic but excited new business partner at 2200 who seals the deal for you.

Capricorn people who turn 22 this year can definitely expect to either meet someone special during the course of 2021 going into 2022, or to solidify their existing love bond in whole new ways. For many, engagement and marriage could well be in the air.

So when the number 22 seems to have a noticeable presence in your life, Capricorn – and especially if it seems to take you by surprise – take it as encouragement that your wishes are coming true.

Whatever you’ve hoped for and asked the universe to manifest is about to land with you, so open your arms wide!

Capricorn people sometimes find it hard to place their faith in anything beyond the physical part of reality, and that’s perfectly understandable in a lot of ways.

After all, the practicality and level of intellectual reasoning in people born under this star sign is exceptional, and these folks have a natural aptitude for success and furthering their goals with quite a confidence that’s bound to lead to great things, even if they disregard all this advice about lucky Capricorn numbers for 2021.

Nevertheless, the exasperation that a Capricorn feels when progress is halted or life takes a turn towards the unexpected can be overcome by looking for lucky numbers to light the path home.

Keep them close to heart, Capricorn – even if only to yourself if you prefer – and you really can’t go far wrong.

5 Reasons Capricorn will Find Love in 2019 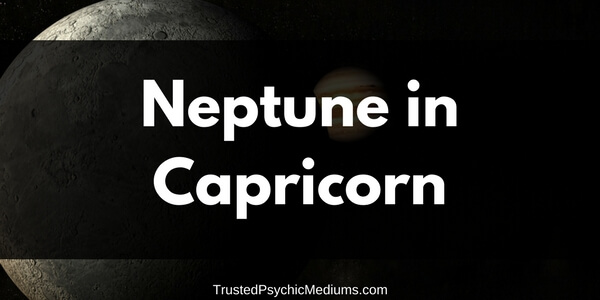 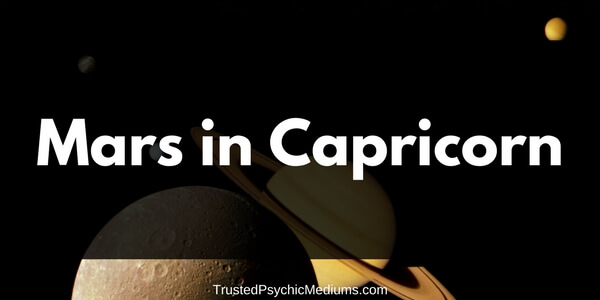 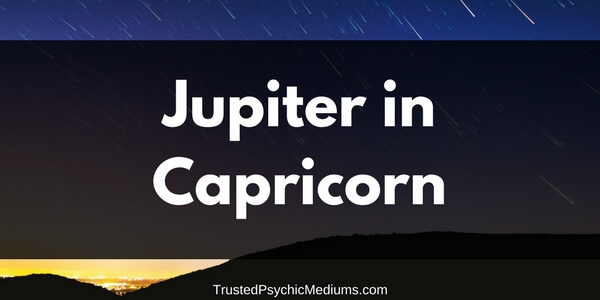