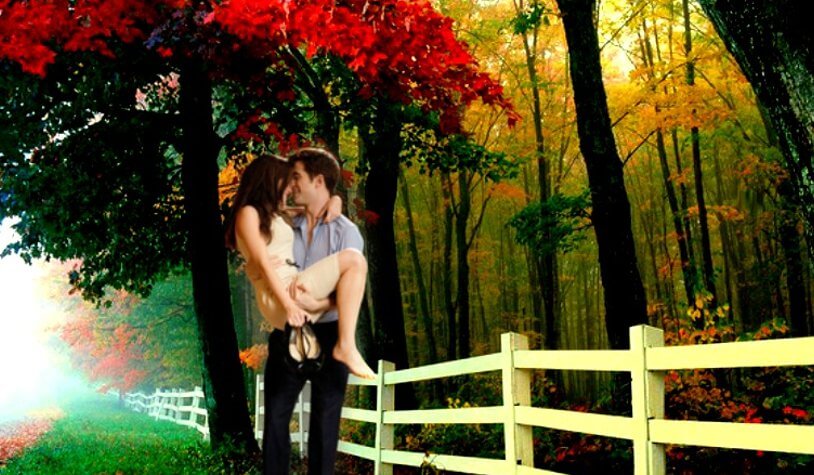 When it comes to compatibility, Libra and Libra matchup is quite good. It’s probably one of the most peaceful combinations in the entire horoscope. While Libras often comes in extremes when paired together, they tend to balance each other out and bring out the best in each other.

This is the good news of Libra and Libra compatibility.

The bad news is that it only takes a few bad experiences for each partner to truly get out of balance and this imbalance can grow with time. This is the dark side of Libra and Libra compatibility.

This is a very interesting question for Libras. Libra males are very famous for their inability to commit. The reason that they can’t commit easily is not because they don’t want to commit.

The problem with analysis is that it can lead to paralysis. That’s right. Too much analysis leads to paralysis. Libra men know this quite well. This is why they are famous for always staying on the fence. This can drive the Libra female nuts, especially if she’s on the other extreme of the Libra temperament scale. Libras, as mentioned above, can either be well-balanced or can be quite imbalanced.

You may also find this interesting:  Libra Rising and Ascendant Signs — What Do They Mean?

Lack of commitment, the seeming inability to make a decision can really bring out the imbalanced aspect of a Libra partner. In terms of marriage compatibility, Libra and Libra can work out if one of the partners is mature enough to provide emotional cover to the immature partner.

In other words, one partner is sacrificing some of his or her experience in the form of patience to let the other partner grow into the relationship. The good news is that Libra and Libra marriage compatibility tends to work out with time as the other less developed partner recalibrates with time and encouragement. Eventually, they reach a certain point where their similar temperament extremes work to their favour instead of against it.

The interesting thing about Libra and Libra lovemaking compatibility is that Libras are often accused of being unimaginative in bed. In many cases, it’s a fun experience of a quick in and out. This may serve the Libra male well, but the Libra female eventually is looking for something more. An intercourse is not just a physical act.

It’s not just an emotional act either. It’s more than that. It’s a mental and spiritual exercise. It’s an expression of part of your humanity. It’s an exploration in a deep and profound intimacy. This is why a dash of daring here and a sprinkle of experimentation there can really add up to a nice lovemaking stew that would engage both partners on all levels.

Unfortunately, Libra males tend to be quite superficial and Libra females can get quite imbalanced and this results in the romance fizzling out.

You may also find this interesting:  Libra Love Horoscope 2015

This is not necessarily the number one problem of Libra and Libra compatibility, but it can become one of its most chronic shortcomings.

It can get bad enough that either partner can always refer to it during a fight or when thinking of leaving the other partner.

Libra and Libra Relationships in General

The key takeaway from Libra and Libra relationships, whether they are completely platonic or passionate or romantic in natures is that there is a high comfort level. There’s a certain level of familiarity between the Libra partners.

You don’t feel like you have to put on a show. You don’t have to emphasize a part of your personality that you don’t feel like emphasizing. The problem is, this sameness might lead to each partner taking each other for granted. One of the most effective ways to truly destroy Libra and Libra compatibility is to take each other for granted. It is to assume that you already know each other and you don’t even have to put in the same level of effort.

This is a relationship suicide. Whether your friends, whether your co-workers or whether your lovemaking or romantic partners, you cannot take each other for granted. Each and every person is a treasure chest where you think you’ve seen gems at the top.

Wait until you keep digging through the chest. There are a lot of hidden gems there.

There are a lot of unique treasures there as well.

If you want Libra and Libra compatibility to truly blossom on the friendship level, you need to keep digging.

You may also find this interesting:  Libra: Thirteen Signs You've Found The One

Libras gravitate towards stability. This is their highest ideal after all. It’s also a good idea to emphasize looks or other outward appeals.

There are no combinations in the signs of the horoscope that is completely free of problems. Every relationship has its problems.

Every horoscope matchup has its problems. This should not be a surprise. We’re all different people. We look at the world in totally different ways. There is bound to be some sort of miscommunication or misunderstanding down the road.

That just comes with the territory. The big issue that comes up when it comes to Libra and Libra compatibility problems is the notion of boredom. It’s very easy for either partner to get bored because they’re so similar to each other. Even if you match an imbalance with a balanced Libra, the middle ground is still the same.

The ideals are still the same. The shared values are familiar enough that they feel and look the same. This can make for the both partners to take each other for granted. This can lead to a fairly boring monotonous relationship. Libras can do well to spice things up.

Libra and Libra compatibility can easily descend into a numbing sameness or it can flare up into a spicy and yet well-balanced life of possibilities.

The good news is, it’s completely in your hands. You and your Libra partner have a lot of choice. Life is a long series of choices. The life we’re living now is a consequence of the choices we’ve made in the past.

The secret to Libra and Libra compatibility?

Make the right choices. Plant the right seeds and reap a great reward in the future.