The relaxed outlook and generally positive perspective of people born under the Taurus star sign mean that they tend to attract good luck quite naturally through life.

These people are far from afraid of hard work though – you’ll rarely find someone more willing to put in the hours and roll up his or her sleeves to get the tricky stuff done when compared to ever-dependable Taurus.

Yet Taurus folks also have quite the reputation for idleness from time to time – moments of rest and recuperation are very important to them, as are the pleasures and finer things in life.

Taurus people can feel more crestfallen than they’re inclined to let on when things don’t go their way.

Similarly, they are attached greatly to our physical world, and sometimes don’t see how the metaphysical can influence outcomes as much as hard work and dedication.

For that reason, learning what the lucky numbers for Taurus are can help these folks, or the Taurus in your life, to not only remember what’s important, but to also feel less helpless about the things that otherwise feel out of control.

So, what numbers should Taurus look out for?

While lucky number 7 is perhaps the most famous of the lucky numbers, Taurus people tend to be more drawn to, inspired by, and blessed due to the number 6.

People born in 6th May especially tend to feel the energies of this number more often than not, and will find that little lucky events in life – even something as simple as rolling a six on the dice in a game of Monopoly – often leads to fantastic opportunities.

Taurus people are very romantic, too – and they tend to mate for life.

However, they are very slow to let their feelings take deepest root, and it’s perhaps no coincidence that a relationship with a Taurus often doesn’t take on its best life until – you guessed it – six months in.

Likewise, it’s often around the sixth date or so before Taurus, ever patient and content to go at his or her own speed, has decided if you’re the one or not.

Indeed, without thinking, Taurus folks place plenty of faith in the number 6 to guide their directions in life.

While it may seem a pretty inconspicuous number to many of us, those numbers that are formed of two of the same symbol, such as 33, often have a deeper and special spiritual meaning.

For Taurus people, lucky number 33 is amplified by the spiritual meaning of number 33 in angel healing.

Number 33 is regarded as a Master Number, and it is one that connects you to angelic guidance and a higher purpose beyond the physical realm.

Taurus people are very driven by acquiring physical abundance and are very good at making and keeping their money.

You may also find this interesting:  Taurus: Six Signs You Are In An Addictive Relationship

However, number 33 can help to guide and remind these Taurus people that there are higher powers in play, and that it’s not all about life on Earth.

Connecting to higher spiritual wisdom in this way is invaluable to Taurus folks, and it helps them to not get bogged down by the details or stuck in a rut.

33 is a number of manifestation and of creativity, and so if the Taurus in your life has been feeling frustrated that no amount of effort and work towards a goal seems to be paying off, taking some time out and meditating on the number 33 and its energies can help.

Taurus people born on 15th May, right in the middle of the month, often have quite the spring in their step even compared to the cheery nature of other Taurus people.

That’s because 15 is such a lucky number for Taurus people, bringing with it a harmony between the spiritual self and the physical self that promotes greater understanding and intuition.

Taurus people who are guided by the number 15 or somehow attuned to it – via a home address number, a birthday or the like – often seem to trust their hunches correctly more often than not.

For a pragmatic star sign like this, Taurus folks often find themselves confused or sceptical about signs from on high or moments of synchronicity.

Therefore, they won’t always understand how and why associating with number 15 can make Taurus people so in touch with their intuition.

Sometimes though, understanding isn’t necessary – just living one’s truth. And if any star sign knows how to go with the flow, it’s Taurus.

In spiritual terms, the number 51 is a lucky number for Taurus because it represents the opportunity to enter a new beginning.

For Taurus, the chance to expand one’s holdings, do better in business, close more sales and make progress in affairs of the heart is always important.

Taurus people are very good at seeing the long term goal as much as the steps necessary to make progress towards big accomplishments.

Nothing worth having comes free, is their belief – but by attuning to the lucky energies of number 51 for Taurus, this star sign can welcome domestic bliss.

Believers in angel healing often hold that the number 51 is a symbol of domestic bliss and of partnership and harmony.

This is music to the ears of any Taurus individual – these people have no care for drama or strife in life, especially in their love life or family life.

Taurus people love peace and gentle-natured surroundings, so they will find that integrating number 51 in their lives – even living at an address with 51 in it – can create a wonderfully harmonious home.

You may also find this interesting:  Taurus Career and Money Horoscope 2018

More pragmatically, 51 is a strong number in business.

For instance, to hold 51 per cent stake in a business is to be its controlling partner, and you can certainly appreciate how this position of power and prosperity would appeal to a Taurus individual greatly.

Is 42 really a lucky number?

In popular culture, the number 42 is jokingly said to be the meaning of life, following its use in the comedy sci-fi novel, The Hitchhiker’s Guide to the Galaxy by Douglas Adams.

Mr Adams’ writing has sparked imaginations for generations, but unfortunately, these connotations with the number sometimes overshadow the fact that, in and of itself, 42 is actually a really lucky number for Taurus people.

In fact, often by the time Taurus people reach age 42, they find that they look back on life with a feeling of accomplishment, but also encounter a lucky moment in their 42nd year of life that really lets them lead their final few working years in a position of influence and lowered stress.

And of course, in pure mathematical terms, 42 is made up of two written numbers that, if added together, produce Taurus lucky number 6.

This often means that unexpected moments of good fortune – a windfall here, a sudden business deal there, a surprise gift from a partner – begin to follow Taurus people around wherever they go.

Taurus people love to go with the flow, but are still pretty smart people in their own right, and don’t like taking actions they know are unwise.

That’s why it’s so important for these people to understand not only the lucky numbers for
Taurus, but also the unlucky numbers for Taurus and how those influence their chances at success in health, wealth and love.

One unlucky number that Taurus people are advised to steer clear of, whenever possible, is number 26. Many people believe that this is because 26 is two times 13, a number considered very unluckily in various corners of the world.

Many Taurus people prefer to avoid the number 13 as well, although fortunately, this isn’t as bad a number for Taurus people in terms of inspiring random acts of misfortune as 26 is.

However, one number Taurus people definitely ought to avoid is 71. While seemingly a number with no special significance and meaning, in numerology this is seen as a number with a level of inherent challenge and misfortune.

Some say that, looking at how 71 is written, it’s as though the traditional lucky number 7 is obstructed by a ‘wall’, represented by the number 1.

In other words, Taurus people who encounter 71 might find a lucky streak suddenly is stopped dead in its tracks, which can prove very frustrating.

39 is a number that also can cause a great deal of bad luck to Taurus people.

It has an almost depressive quality to these people at times, and it’s unfortunately often the case that people who are born under the Taurus star sign feel a little bit of the blues when they’re 39 years of age.

You may also find this interesting:  Three Reliable Ways To Be A Kickass Taurus Wife

Always do this when you come across lucky number 24

The number 24 is a very lucky number for Taurus people, and so they’re definitely advised to notice when it occurs in day to day life more consciously to let its lucky influence work some magic.

This could be as simple as seeing if the number crops up in any banking figures, indicating that a transaction is going to go smoothly or lead to good opportunities yet to come.

Similarly, any project undertaken that’s promised to be resolved within 24 hours, either on behalf of or by a Taurus individual, is likely to go very well.

On the other hand, given how patient Taurus people can be, the lucky number 24 is often advice for them to take a day to consider their options.

For example, if a partner wants a decision on where the relationship is going and is hassling the Taurus lover – or if a big business choice is proving stressful – Taurus folks are advised to ask for a 24 hour reprieve to weight up the options in their own time.

Insist on this, and a Taurus is likely to find that they come to the right conclusion 24 hours later, time after time.

Taurus people are very good at getting what they want, and aren’t afraid of taking the slow lane to get there.

With commitment and perseverance, these practical people reason, then all the riches of the world are surely awaiting them.

However, so committed can these folks be to this nonetheless admirable way of living that they can forget that luck and unseen energies can play a huge role in how things an out.

By aligning with lucky numbers for Taurus, whether recreationally for fun or as a way of meditating and noticing moments of synchronisation in life, these practical people can embrace entirely new opportunities that may otherwise have been left unseen.

Similarly, keep some of these numbers in mind when it comes to recognising birthdays or addresses that feature them.

These often connect Taurus people to some of the best chances they will ever have to propel their lives forwards – leapfrogging what might otherwise be years of hard work or perseverance. 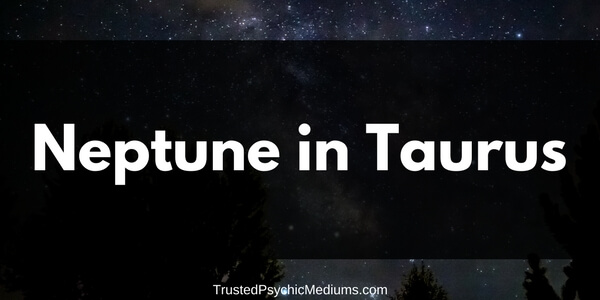