Three compatible zodiac signs that are made for each other

A zodiac sign (also known as the star sign) represented the sun’s position when you were born. A zodiac sign significantly impacts your personality, emotions, traits, character, relationships, business, and luck. It reflects a lot about a person’s personality and relationships with other people of similar or different zodiac signs.

Zodiac signs that are made for each other

Your zodiac sign says a lot about you. It reveals many aspects of your personality that are otherwise hidden from the world.

Have you ever come across a couple and wondered how perfect they are? It is not always the communication level or the overall looks, or the general appearance that make people fall in love. Compatibility and chemistry also play a vital role in bringing two people together.

Zodiac signs play a considerable role in determining the relationship between two people. Read the article to find out more about how well your zodiac sign gets along with your loved one and the compatibility level between you two.

According to astrology, below are the zodiac signs that are made for each other and are highly compatible.

Taurus is an Earth sign and is influenced by the planet Venus. Scorpio, on the other hand, is a Water sign and is ruled by Mars and Pluto. Both Scorpio and Taurus are opposing zodiac signs are in total contrast to each other. This contrast is what makes their relationship complicated and sensual.

As it is said that opposites attract each other, Taurus and Scorpio being the opposing signs, are madly attracted to each other. When these signs come together in a love union, their pair is almost inseparable, and the sexual attraction between them is powerful.

Both Taurus and Scorpio have deep desires and are deeply passionate about all sorts of things. They make a power couple, and together they cultivate a strong foundation that can weather almost anything. They are highly understanding of each other’s needs and desires and try giving space to each other.

Both Taurus and Scorpio can overcome life obstacles by facing the storms together. Both these signs believe in discussing things to sort the differences out.

Yes, fights and misunderstandings are a part of every relationship. But a successful relationship is one in which both the partners trust each other and overcome their opinionated stances through communication and logical reasoning. Only then can a relationship blossom into an ideal relationship, just like Taurus and Scorpio share.

Leo is a fiery zodiac sign that is ruled by the Sun. Aquarius, on the other hand, is an air sign under the influence of the planet Uranus.

Just like Taurus and Scorpio, these two zodiacs are also opposite in nature. One is a water bearer, while the other depicts a fierce lion. This opposing nature is what brings the two signs immensely close to each other.

Both Leo and Aquarius are fascinating and fun-loving couple. There is hardly a dull moment in their relationship. They enjoy each other’s company and can sit together for hours, just talking! They consider their relationship like an adventure to make the most out of it and make it last longer.

The relationship of both Leo and Aquarius blossoms on mutual admiration. Leo appreciates the independence, vision, and innovative qualities of Aquarius. In return, Aquarius appreciates Leo’s enthusiasm, appeal, and pride.

The key to a successful relationship is complementing each other on the right things. Both Leo and Aquarius abide by this rule and thus make a perfect couple.

Both seem like a mismatch for each other, keeping in view the two signs’ characteristics and nature. However, the reality is the opposite. When both these sings come together for a union, they create a perfect counterpoise.

When it comes to intimacy, Cancer has it all that Capricorn lacks. Capricorn misses out on love, warmth, and intimacy, while Cancer is profoundly compassionate and can provide with all the passion for spicing up their life. Both these signs complement each other quite well.

Their absolute devotion to each other and their everyday responsibilities toward shared objectives make the Cancer and Capricorn relationship ideal. Both are admirers of value and delightful, great things, and neither evades at the possibility of a little hard work if that’s what it takes to take their relationship to heights.

Their shared interests, awareness of others’ expectations, and ethical qualities make their relationship compatible.

Our latest articles on Birthday Horoscopes 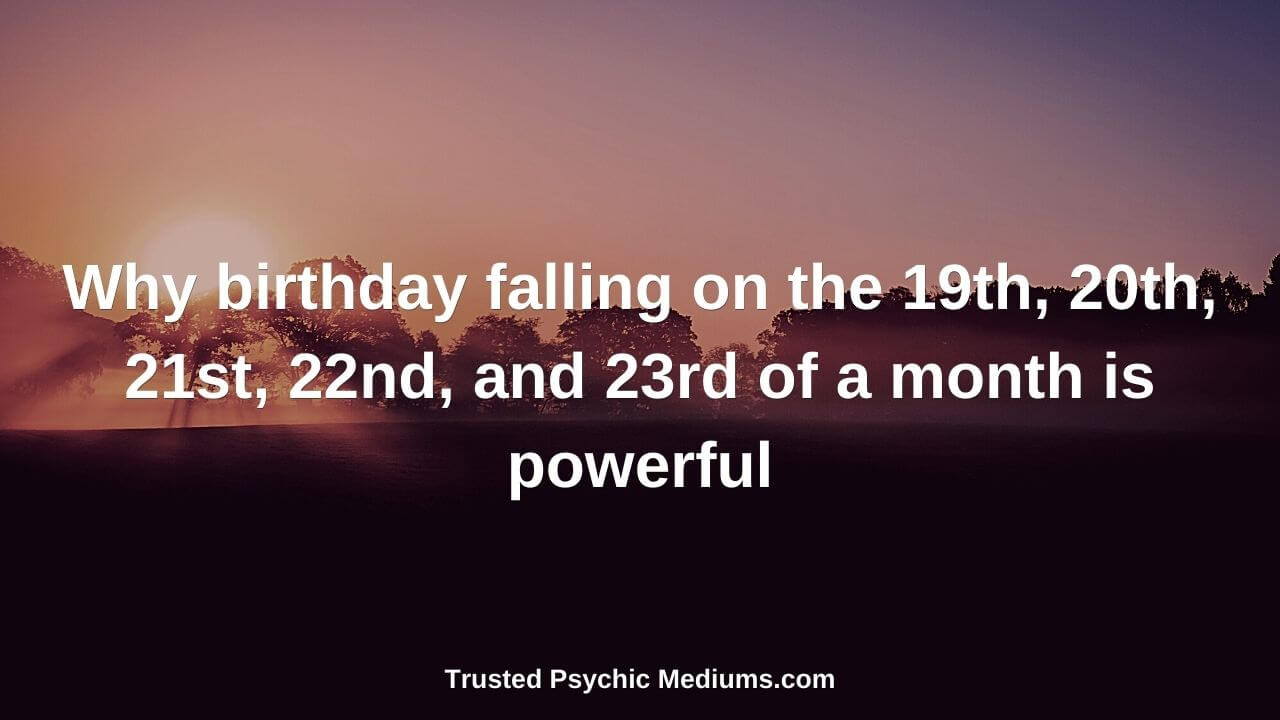 What are birthday horoscopes, and what do they mean?