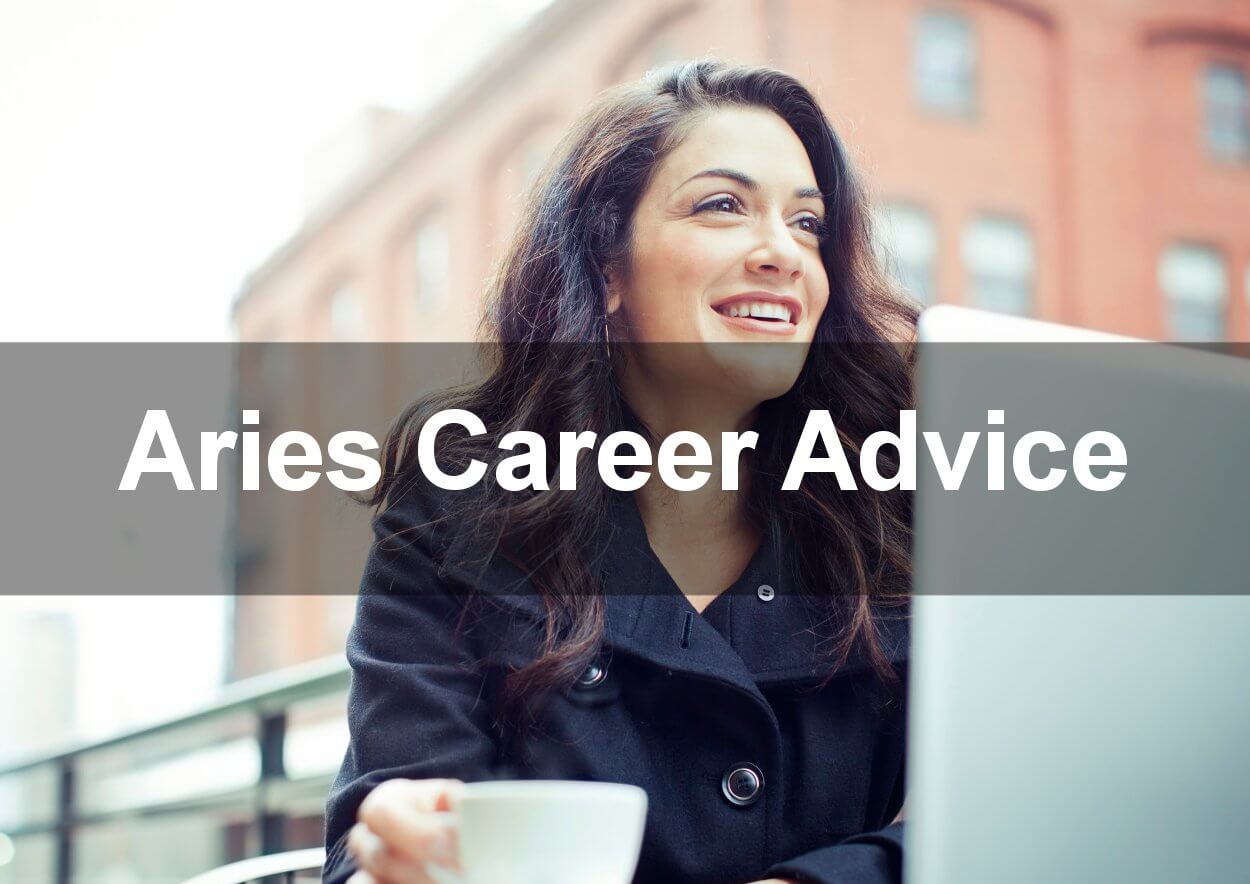 The Aries is a very interesting horoscope sign. On the one hand, Aries are known for their boldness. They are known for taking one for the team. If you’re looking for somebody that will charge into any situation and kick butt, the Aries is it. Aries are fearless.

With that said, you have to remember that the Aries sign is based on the male sheep. While the male sheep is known for butting heads, bravery, and courage, it’s still a sheep. And sheep, in the big scheme of things, aren’t exactly known for bravery, courage, and willfulness.

This is the internal discussion, internal dichotomy of the Aries personality that you need to resolve if you want your career to be meaningful.

If you want to have a successful career regardless of where you are in the corporate structure of what kind of industry you’re in, you need to reconcile these two diametrically opposed directions in your personality.

The main reason why many Aries people don’t enjoy the kind of career success that they deserve is because they let this internal conflict get the best of them.

The good news is that it doesn’t have to be this way. By fully understanding this internal conflict and this internal contradiction, you can map out your general tendencies and you general reactions so that, nine times out of ten, you end up responding in such a way that your career is pushed forward instead of dragged down.

Know the Difference between Being Bold and Being a Jackass

Since the actuation’s of the typical Aries is really based on a deep and profound sense of personal inadequacy, low self-esteem, and insecurity, it’s not surprising to see that the Aries in a corporate setting or in a career setting often likes putting on a show.

In a very real way, you try to convert your deep sense of inadequacy into some form of self-confidence and security by blowing things out of proportion, going over the top, and otherwise being very flamboyant with your decision making skills, your ability to take charge in a situation, and other leadership moves.

Unfortunately, the more you do this, the more obvious it becomes. You’re obviously compensating.

The sad reality of this kind of behavior pattern is that, nine times out of ten, instead of being perceived as bold, decisive, or competent, you come off more like an overbearing or domineering boss. In fact, many people would think that you’re a jackass.

In the popular sitcom The Office, there is a character called Dwight Schrute. Dwight is a competent person. Everybody can agree on that. Dwight knows his stuff.

The problem is, Dwight conducts himself in such a way that whatever competency he may have is eroded by the fact that he always has to take credit. In other words, he’s acting like a jackass.

If you really want to know the secret to Aries career advancement, it really can be boiled down to one word and one word alone: teamwork.

You have to remember that in the United States; currently there is a vacuum of real leaders. Corporations are in desperate need of natural leaders. These are people that may not necessarily have a title, but these people get stuff done.

The corporate world turns on results. That’s the bottom line.

If you know how to produce results, eventually you will get promoted. Eventually, you will get what’s coming to you.

You will get pushed out or you will stay in the same place for a long time. That’s all there is to it.

The secret to Aries career advancement is all about teamwork. You have to know your place within the team.

As much as you may think that your team’s success revolves around your efforts, the truth is, people will only notice you once you become indispensable not before.

This is why you have to put in the time in terms of reliably showing up, putting in more than what’s required, creating value that exceeds the expectations of your superiors.

The more you do this and the more consistent you are, the clearer it will become that you have become that necessary car that keeps things going.

Once your superiors wake up to this realization, promotions not only happen but they take place rapidly. That’s how it works. You have to operate within a team.

Unfortunately, the typical Aries personality is so insecure that you like to grab credit. You feel slighted when you feel that you didn’t get complimented enough or you didn’t get recognized enough.

You need to get over this because while it’s important to be appreciated, you also have to remember that succeeding in your field and in your team involves patience.

You can’t do that when you’re always wasting time, effort, and energy grabbing credit or feeling burned when people didn’t appreciate you enough.

You have to get over the entitlement mentality of being the star of the show.

The problem with the Aries is that you tend to focus so much on externalizations like titles, your place on the totem pole, and other external indicators. Instead, you should focus on how people actually behave around you.

In many cases, it’s better to be treated like a leader than to have a title of a leader.

However, that’s not going to take place if you spend all this time, effort, and energy trying to hog credit. Instead of hogging credit, make sure that credit goes to the right place and you bide your time.

As the old saying goes: “Cream always rises to the top.”

The reality is that competent leaders in the United States are few and far between. Your employer would be at a serious competitive disadvantage if that person constantly overlooks you or passes you over. Your time will come.

Instead of wasting your time in trying to hog the credit, be comfortable by being a face in the crowd. You may feel that you are just another face in the crowd but the reality is without you, the team will not produce the kind of work that it is able to produce. Keep that in mind.

This is the key to maximum career advancement for people born under the Aries sign.