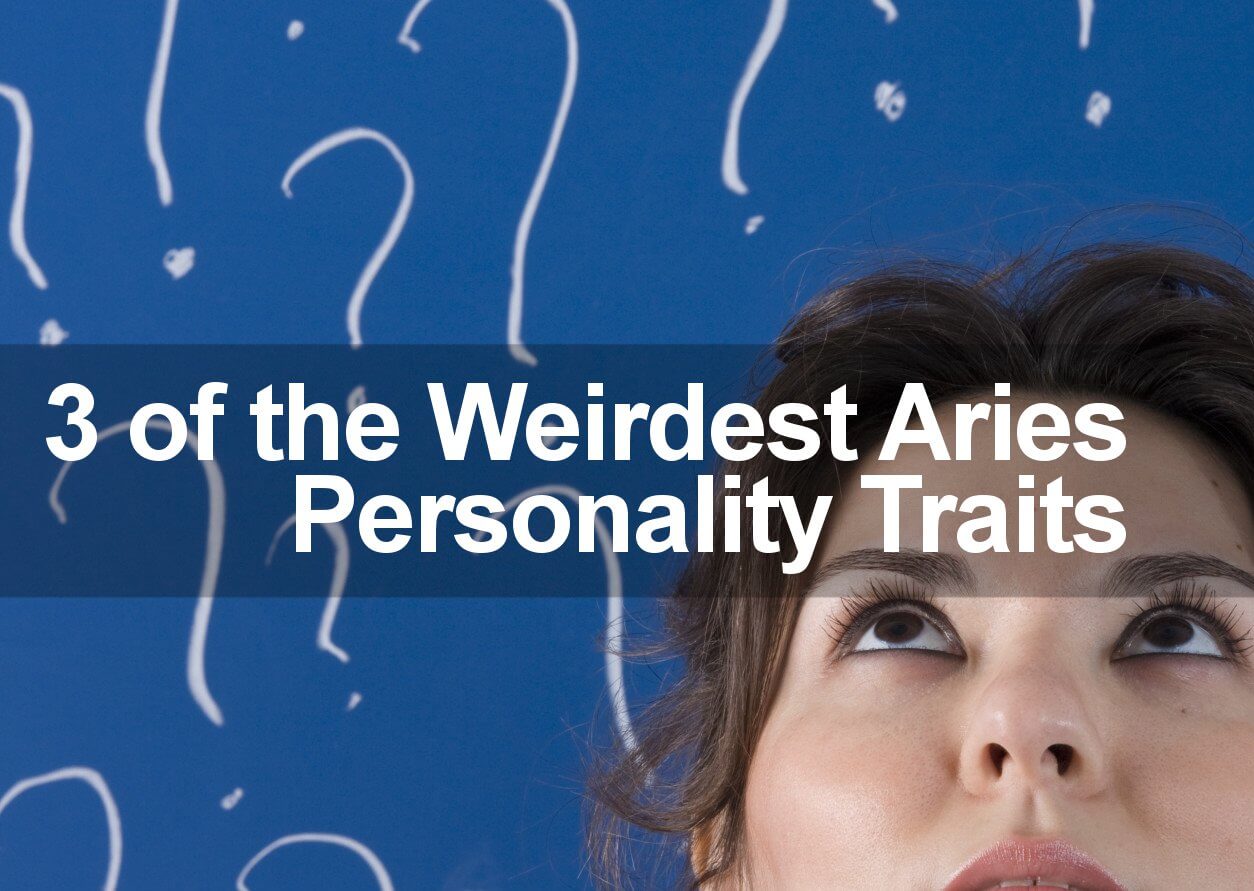 This special report looks at some of the more unusual traits of Aries personality types. If you are looking for a detailed report on Aries traits and characteristics you can find them in my previous reports.

The Aries is a very interesting horoscope sign. On the one hand, you have a go-getter. On the other hand, you can also have an unmotivated person. If anything, the Aries is all about getting along. This need for validation and approval from others is driven by insecurity. This is nothing new.

There are a lot of horoscope signs that are driven by insecurity. What makes the Aries different is that this insecurity won’t seem to go away. It seems to be caught in a catch-22.

The more the Aries does something about making that deep-seated insecurity go away, the stronger it becomes. It’s kind of like dumping gasoline on fire. You might think that dumping liquid on fire might choke it but instead it fans the flames and makes for an explosive situation.

The good news is that is this insecurity actually can either be a force for personal destruction or a positive force that pushes the Aries to greater and greater heights of personal career and financial success.

Here are the three most unusual facts you may not know about Aries personal personality types:

This might seem brash and impulsive to many people. To many people, the Aries (especially relationships involving Aries and Leo) can be quite irresponsible. However, you have to understand these behavior patterns due to the fact that the Aries is insecure and copes with a deep level of insecurity by exercising this headstrong and protective nature.

These situations can change for the Aries and this protective and headstrong aspect can come out from time to time. The good news is that this is not necessarily bad. In many cases, somebody is needed to make decisions. Somebody is needed to just charge in and take control of the situation.

After having an Aries around after you have all the information might just make for a great partnership. This person might not have a problem making a quick decision but as long as you guide that person with the right facts, this person would be able to make informed decisions and while you may have a tough time making a decision. This can lead to a great partnership.

One key element uniting Aries of all backgrounds, income levels, education levels is the fact that they’re not known for being dreamers. They tend to be practical; they tend to have their feet on the ground, and tend to just focus on the ground underneath them.

Instead of aiming for the skies and looking to bring into reality things that don’t yet exist, they’re more focused on things as they exist and making the best of it. They’re not dreamers. This can be a good thing if you are the employer of an Aries because they can really drill down. The problem is if you are depending on your Aries partner or your Aries co-worker to come up with grand visions and grand concepts, you’re basically trying to squeeze water out of a rock. It’s just not going to happen. This can cause all sorts of problems when it comes to relationships involving Aries men and Libra women.

The key to coping with Aries practicality is to make it work for the relationship or make it work for the friendship. It is a very solid foundation. It’s just a question of not expecting too much out of your Aries friend or partner. Expect decision, expect brashness, expect strength but don’t expect grand visions and grand planning. It’s not just going to happen.

Not Much of a Complainer

The problem is when the Aries in your life is your father or mother and you are faced with financial challenges and this person just basically keeps going forward and doesn’t really look at other possibilities to make the problem go away.

his can be a serious drawback to the Aries. They just think the solution to life is just to keep going forward. In many cases, the solutions are not to go forward but to go up.

This applies to all aspects of the Aries personality whether it’s relationships, school or finances or career. They’re so focused on what they’re doing they cannot look at possibilities and this can hurt them in the long run.

I’m an aries and the thing I don’t agree with in here is that aries don’t come up with grand idea every time I’m in a group and have something to do that’s a project or a vision since I was young yes I always took charge of the group and made the up ideas to make it the best idea out of a couple of groups or making it the best story or making the best scene to act out me and my group always won because I took control and came up with grand ideas so that is something I don’t agree with with aries bc not all but most things I’ve took en charge with that were my ideas were better than all the others. I’d be very Intrested to know what you have to say about that because your right bout most things but not all. I am one to agree to disagree with your statement.

And I do look at other possibilities all the time and try to pick what’s best and I am a mother so that’s kinda messed up for u to say but it’s not like tht in all cases even being just like typical aries and if u are reading this wrong I’m not disgusting any of this in a mean or argumentive way more of a concerned way. And I no I’m not taking the time to write every word correctly or in perfect sentences but I don’t really like texting so yes what can u tell me about the statements I have said?