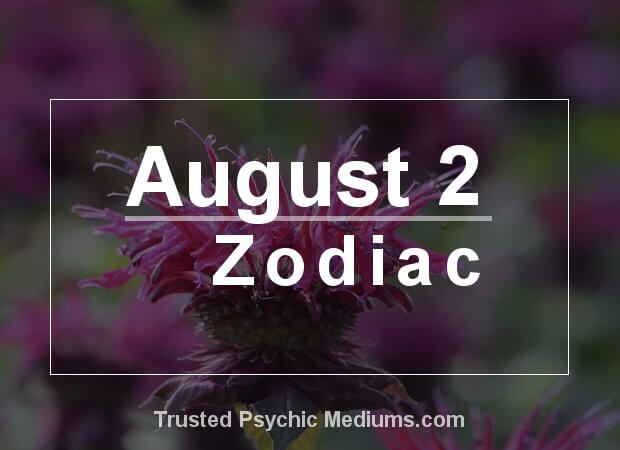 What is your Zodiac Sign if you were born on August 2?

If you are born on the 2nd of August, your Zodiac sign is Leo.

As a Leo person born on this day, you are a very attention-driven person. You just love the limelight.

You can’t get enough of the spotlight. You want all eyes on you.

You want people to always pay attention to what you’re doing. You have quite a lot of Kim Kardashian in you.

With that said, you are also very big hearted and generous with praise.

You love to shower people with affection and encouragement.

In any kind of relationship, you have to remember that it’s always a two way street.

It’s not enough for you to enter a relationship and be clear as to what you want. You also have to be able to give the other person in the relationship what they’re looking for.

Unfortunately, for August 2 Leo people, they tend to be so out there and so flamboyant and, in many cases, very good looking that a lot of this dynamic goes by the wayside.

It becomes a very one-sided relationship and, for the longest time, your partner doesn’t seem to mind.

However, just because they don’t register their protest or aren’t obvious about it, it doesn’t mean that it doesn’t exist.

Eventually, things will bubble to the surface and the biggest loser would be you.

Do yourself a favor and always come back to the central fact of all relationships: they have to be two-way streets.

Those with a birthday on August 2 are best suited for careers involving any kind of entertainment.

Whether we’re talking about Hollywood or Broadway musicals and anything in between, you would fit in well in any kind of entertainment setting.

This should not be a surprise to you because you love the attention.

You love being the center of attention, you like all eyes on you, you like people talking about you. You can’t help but crave other people’s validation and approval.

This is why the entertainment industry would fit you like a glove.

Now, this doesn’t necessarily mean that you have to be in front of the camera or be under the limelight.

You can also be a director, a writer, a producer or anything that gets the acclaim that you crave.

You have an inborn sense of publicity.

The old saying of “never a dull moment” definitely applies to you.

Regardless of where you find yourself, there will always be drama, thrills, chills and spills.

You have a very dramatic flair to you that people can’t help but pay attention to you.

These traits make you a larger than life persona.

Positive Traits of the August 2 Zodiac

You are a very generous person. If you get a lot of attention, you are sure to give some of that back to the people that got you that attention in the first place.

You also are very affectionate in public. You don’t hold back when you like somebody.

You don’t hold back when you feel grateful for somebody’s sacrifice or support.

By the same token, you don’t hold back when people step on your toes and there’s hell to pay.

You tell people immediately what you’re thinking. There is no filter with you.

Either you love them to bits or you hate them. There’s very little in between.

Negative Traits of the August 2 Zodiac

You tend to be quite bipolar when it comes to your emotional relationships.

This is a very negative thing. In our world, there’s a lot to be said about balance.

While it’s okay when you’re on the positive end of things, it can get really quite difficult, not just for yourself, but for other people around you when you go on the other side.

You can go on the deep end when it comes to negativity as well.

While you always have a very positive self image and you don’t always have a positive effect on people, by looking for more balance in your life, you could go much farther in your desire for external validation and acclaim.

The particular aspect of fire that is most relevant to your personality is fire’s tendency to illuminate.

Whenever you’re watching any kind of show, whether it’s on a movie screen or on a Broadway stage, there is some sort of lighting involved. This is the particular aspect of fire that is most powerful in your life.

The particular aspect of the sun that is most relevant to your personality is the sun as a source of light.

The sun is so powerful as a light source that you can’t stare at it directly or else you will go blind.

That’s how much light the sun has. That is precisely the amount of light that you feel you deserve.

You feel that all the attention has to be lavished on you. That’s how much you crave attention.

The good news is that you’re able to use this craving for attention into your own personal power source. It drives you forward as far as your motivations and energies are concerned.

My Top Tips for Those with an August 2nd Birthday

You are quite a personality, and the last thing that you would want is to hang out with other people who crave the limelight as much as you.

It’s like the same ends of a magnet getting together. You will end up repelling each other.

In many cases, there might be a lot of hurt feelings and unnecessarily harsh words.

Do yourself a favor and make sure that you hang out with people who are the opposite of yourself.

The lucky color for those born on the 2nd of August is represented by Sienna.

Sienna is a very beautiful color.

It definitely demands attention, but there is an innate sense of class in this color.

This is reflected in your personality.

This is Why People Born on 2nd August are so Unlucky

Although the sun quite literally shines good fortune down on Leo people, those born on 2nd August as a Leo soul often have a somewhat more rough ride of it than other people.

There’s so simple way to overcome these influences, but there are certainly behaviours and thought processes that can contribute to a running flow of misfortune.

Put simply, people born on 2nd August have a sense of confidence and entitlement towards what they feel life owes them that’s a little on the cocky side.

They don’t mean to come across as arrogant, but they tend to be boastful and it often brings humiliation.

Learning to be humble and to not assume your victory is close at hand the moment you begin the race, so to speak, will help you immensely in inviting good fortune to fill in the blanks for you.

Your ego doesn’t need to fill the empty space that’s left when you take a more conservative view – let luck do the work for you.

Final Thought for the August 2 Zodiac

You are your own worst enemy. In many cases, your desire for public acclaim and recognition can prove to be your undoing.

Make sure you don’t burn any bridges. Make sure that you can back up whatever you claim.

Otherwise, you’re just wasting your time and setting yourself up for a future of heartbreak.