What is your Zodiac Sign if you were born on December 28?

If you were born on December 28th, your Zodiac sign is Capricorn.

As a Capricorn born on this day, you are a tough and competitive person.

You don’t give up easily on the challenges life throws at you. You also get excited whenever there is an opportunity to compare yourself with others.

You are also a very confident person. You believe in what you can do. You have goals and you know how you can achieve them.

You keep your circle of friends as small as possible. You believe that the number of your friends doesn’t matter, as long as the few ones that you have are loyal to you.

Lovers born on December 28th are charming and sweet to their partners.

It’s quite hard to obtain their trust at first because they have a tendency to be doubtful. They also don’t talk to people they are not familiar with.

To conquer the heart of a person born on December 28th, you should be friendly and interesting enough to break down the barriers this person has built between him or her and the people he or she doesn’t know.

They pay close attention to details and tend to complain too much when they don’t like the task at hand. Despite the complaining, they still do the task, however.

A career in design or administration is well suited for people born on this day.

People born on this day love to be appreciated for what they do.

They know they are talented individuals and they are confident about their skills. However, they have a tendency to have high expectations for other people.

They think that if they are able to do something, other people are also capable of doing it. As a result, they often end up disappointed.

Positive Traits of the December 28 Zodiac

People born on the December 28th are strong-willed. No task is too hard with the determination that they have to get it done.

These people are also known to be affectionate to those they truly love. Their silence also doesn’t go to waste, as they are always thinking of how to work out situations to their advantage.

Negative Traits of the December 28 Zodiac

People born on December 28th tend to discount stupid and negative people. When they do this, they totally shut themselves out to that person without giving a second chance.

They also tend to be boisterous about their capabilities at times.

People born on December 28th are influenced by the Earth element.

Individuals who have Earth as their element are highly logical and rational beings. They think first before they speak.

Also, they believe that words are nothing without action. This element inspires them to build and innovate.

If your birthday falls on the 28th of December, Saturn is your planetary influence.

Saturn is the planet that focuses on long-term achievements. People who are influenced by this celestial body are fond of making methodical plans.

These people are not impulsive and are hard to corrupt, especially when they are aiming at achieving something.

My Top Tips for Those with a December 28th Birthday

You should avoid: Having expectations towards others and being hateful when people don’t act the way he or she wants to.

If you were born on December 28th, your lucky color is Blue.

Blue symbolizes royalty and being upright. People who are influenced by this color are often the ones who are fond of following rules.

Those born on 28th December fall under the astrological sway of the zodiac sign of Capricorn.

With that comes a certain earthy kind of energy – one that roots them to this world and gives them tremendous practicality and business savvy.

It also, in the case of those born on 28th December especially, makes them very good in one industry in particular – construction.

A career in this field guarantees work for life, because as long as there are people being born there will need to be homes and businesses for them to live and work in.

However, for the less physically strong of these folks, consultancy or property development via the more academic route is also more suitable – not to mention lucrative.

Final Thought for the December 28 Zodiac

People who were born on December 28th are great in organizing their lives and always have a solid plan for every aspect and situation in life.

Avoid being hateful to others. Be patient.

Learn to accept that not all people are capable of doing what you can. Continuing to be hateful will attract a lot of negative energy that could affect you in the future. 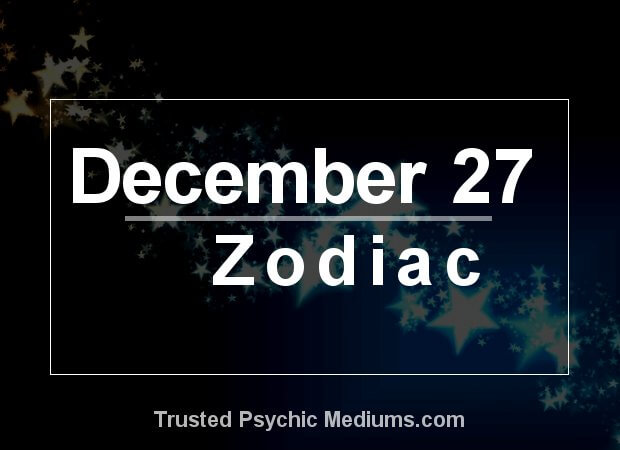