Graceful and balanced in all things, even-handed Libra is a star sign to whom romance cannot help but come naturally.

Yet the less than graceful reality of love and romance often leaves these secretly sensitive souls somewhat cold.

It can be difficult for such altruistic and compassionate people to relate to other couples who seem to have the road to romantic success paved for them.

What is their secret, Libra cannot help but wonder? Is there something missing in myself, they ask?

Libra people indeed, despite their independent streak, are never quite content to go it alone in the world.

Theirs is a star sign of an intrinsic duality, as represented by the Scales that symbolise this fascinating star sign.

It takes a lot for Libra people to truly open up to a prospective new partner – those who attempt to court the Libra individual, and there are many, often fall a little short of the standards of etiquette and courtesy Libra folks thrive on.

Yet as 2019 continues to show, surprises are around every corner, and during the course of this formative year, Libra souls from around the world are being challenged and encouraged alike by our reality to embrace the opportunities for romantic success around them.

It won’t always feel easy, but the universe has got your back, Libra – here are 5 reasons why.

The media has a hold on us all that makes it very difficult, at the best of times, to see the more sunny side of life.

All around us are messages of despair, division and – at worst – outright lunacy from the people in power.

It can all get a bit much, especially for someone so attuned to the collective conscious as Libra – someone who gives of themselves so fully to so many in such a way as to sometimes lose sight of themselves.

Yet that characteristic kindness and altruism that makes Libra people so sought after and beloved is exactly the tonic that our society needs.

In other words, you’ll notice that, if appreciation for your good deeds has felt lacking in recent times, in 2019 they seem to shine all the brighter.

This is likely to have a ripple effect that cannot help but captivate the attention of a fellow altruistic soul who has likely felt, for the longest time, as if they are alone in the fight against negativity and deceit.

While the reality of the situation is perhaps not quite this dramatic – Libra doesn’t do drama – there is undeniably going to be some chemistry at play here that speaks to a far deeper connection that is waiting to be explored.

This couple, should it be allowed to blossom in tandem, will become a tag team of compassion and charity that helps to revitalise the neighbourhood and motivate the uninspired.

You will find, Libra dearest, that you will not necessarily intend for this eventuality to come about, but such is your natural charm and noticeable talent for changing things for the better that any such relationship you welcome in 2019 is bound to have this wonderful effect.

You may also find this interesting:  Libra and Money in 2014

Given that such a relationship is going to make so many lives that much better, it’s little wonder than, in 2019, the universe is going out of its way to try and help it to happen.

It’s very much a timely component in your overall soul mission.

Libra people are advocates of fairness and equality, and it is vital to these people that, in every part of life, nobody is left out in the cold or treated unfairly.

Yet in an often cruel irony, Libra people themselves often become the sidekick of relationships that they enter, and accept this role dutifully due to their knowing how to balance things out.

They will contentedly prop up their partner in times of duress without question.

Yet at the back of any Libra’s mind, once this has gone on long enough, rings out the ultimate question – “What about me?”

Many Libra people push this question aside when it arises, and scold themselves for such selfishness. Surely to be there for one’s partner, no matter what, and to be doting and romantic, is the biggest fulfilment of all?

Yet in 2019, thanks to some nasty breakups or some serious soul searching, Libra people do not have such rose-tinted glasses for things like this.

They want a partner who lives up to that moniker, someone who will be there for Libra as much as they are for them.

It can take some stubbornness at times when temptation rears its head, but for Libra people who have remembered their value and stayed the course truly, 2019 is a year in which that effort is richly rewarded.

Dearest Libra, you can expect to be swept off your feet in the most romantic way by a partner who lets you do your own thing when you need to, and who holds you close and utters sweet nothings into your hair when you require intimacy.

Within and beyond the bedroom, there’ll be electricity aplenty to explore together, but also a lot of fulfilling conversation and a commitment to the same ideals.

All of a sudden, all those things yo have had to patiently explain to other partners are understood naturally by your new one – because he or she holds the same values.

As we teeter on the edge of the new decade, the truth of the matter is that even the raciest and hot-blooded of hook up advocates is bored of the superficiality of casual dating and the notion of treating people as though they’re disposable.

You may also find this interesting:  Libra Career Horoscope 2016

Strange times in the world around us have caused kindness to become an ever more valued thing, and likewise the individuality, body positivity and embracing of one’s own flaws that comes with being human.

For Libra people looking for love in 2019, this creates a remarkable advantage. All those traditional ways in which you believed that your way of life was out of date and no longer wanted by the world will suddenly be stylish and appreciated.

In other words, don’t hold back on the romantic overtures when it comes to meeting and winning over your new partner, Libra.

And likewise, don’t be surprised if flowers and poetry suddenly swing into view from the most unexpected places, making you blush despite yourself.

Libra people are famously calm and collected, but you can expect to be left speechless on more than one occasion before 2019 is done!

However, that talent that Libra people have for evening everything out will prove ten times its weight in gold during 2019.

That will be fantastic for making sure that nobody goes overboard in their emotions – or in the bedroom – and keeps their feet on the ground in more practical terms.

Love and romance are luscious indeed, but there are still jobs to go to, households to take care of and social circles to give our time and attention to – Libra’s natural talent for balance and fairness will make sure nobody is left out during these loving times.

Although Libra people definitely have their reasons, they are nevertheless famous among people who follow astrology and New Age thinking for taking their time in coming to a decision.

This is as much a truth in committing to a relationship as it is anything else.

The very notion of making the wrong call or taking an action that disadvantages someone is inelegant and unthinkable to the Libra person, and so great care is taken in moments like these.

However, it can slow events to a crawl as Libra balances, balances and balances again.

Luckily, the energies of 2019 and the alignment of the planets can create a rare but powerful vibration for Libra people, giving them incredible clarity of vision and insight.

All of a sudden, Libra, you will find that you just know what to do, no matter what anyone says.

While taking swift action is not always the Libra way, when their mind is made up, there is no shaking them from their convictions.

As such, any lover who plans to pretend to be hard to get in 2019 had better watch out, because Libra is not going to back down!

Many of the moments of which Libra people are most ashamed in their lives, if not angry and outraged, are those in which their good natures were taken advantage of by deceptive people.

You may also find this interesting:  Understanding the Libra Man In Love

This kind of using people is incredibly offensive to Libra, and they have no time for people who perpetrate it.

However, Libra people will also find that their capability to distinguish and discern the true intentions of others will be on point and then some during 2019.

There’ll be no risk of someone secretly being married when you enter a relationship with them, or otherwise covered in lies and dirty laundry.

Libra people are done with drama, and 2019 is proof of that – they will be actively distancing themselves from people who create trouble and despair, no matter how long they’ve known them, in order to set their soul on the right path for 2020 and beyond.

With that in mind, there’s no danger that anyone who is coming on the charm offensive can get past Libra’s finely tuned senses.

Likewise, being love-bombed is not an issue here, and nor is trying to build up months of intimacy in a day or two of dating – Libra’s alarm bells will be bringing.

Of course, Libra people are charming enough to let these folks down gently in such a way that they might even think it was their idea to call things off in the first place – but you, dear Libra, will know better.

And when there’s nothing to suspect in a new prospective partner, then there is nothing to be afraid of.

Nurture those crushes but keep your eyes open as you go, Libra dear – the doors of true love are opening wide to you throughout 2019.

Libra love and sex in 2019 is a promising place to play, and throughout the year people born under this lucky and intelligent star sign will find that events seem to be going their way far more often than not.

Yet those Libras nurturing an understandable level of apprehension and suspicion about the quality of the people entering their life also have nothing to fear.

Yes, every so often a curveball might come your way, Libra, but you’ll bat them clear – nobody can fool you with how much you’ve learned, in the last few years especially.

The partner that Libra people attract in 2019 is likely to be one for whom kindness and compassion are a way of life, and together you’ll make the world a better place just by being united.

What a wonderful extra layer of brilliance to an already handsome matchup of two romantic lost souls who have finally found one another. 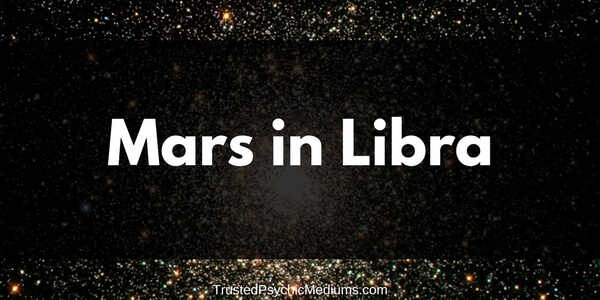