As the most sensitive and intuitive of all the star signs, Pisces is one member of the zodiac who always finds it easy to fall in love – albeit not always with quite the right people.

This leads to heartbreak, especially when coupled with the loyal nature of Pisces people overall.

As lovers, these folks tend to find themselves sticking with relationships otherwise best left behind, both for personal growth as much as, unfortunately, personal safety too from time to time.

It can all feel pretty tragic sometimes, but there’s no need to feel so crestfallen and as though the wheels of fate are turning against you, dearest Pisces.

As the 12th and final zodiac sign, it can sometimes feel as if all the weight in the world is crushing on your heart – the heartbreak of all 12 signs boiled into one.

It might sound melodramatic to some, but it should never be underestimated just how deeply Pisces people are capable of loving.

And if you have felt punished for that idea in the past, beloved Pisces, I urge you to keep the faith just a little longer.

Why? Because in 2021, as the world braces for a new and unknown decade, Pisces people especially are favoured to find romance in some truly surprising places – and, no doubt, with a few fairly surprising faces besides!

Here are 5 reasons why Pisces people will find love in 2021.

Be it the keen intuition of this star sign, or the healthy yet balanced cynicism that has come from just one heartbreak or betrayal too many, Pisces people are entering 2021 with a whole new perspective on how to interpret people’s real intentions.

Because of this, it’s harder than ever for anyone who’s looking for an easy ride, an ego trip, a roll in the hay or some love bombing to pull the wool over Pisces folks’ eyes.

These are the kind of tricks and deceptions to which these wise beyond their years people have become too smart to fall for.

This is a wonderful breakthrough for Pisces as 2021 goes on, but it could prove a bit of a shocking twist to them at first, and almost a little on the ruthless side.

Pisces people will learn as the year goes on that this is a form of healthy self-defense, not an unreasonable thing.

Better yet, this level of discernment and not fearing being alone for its own sake will work wonders for Pisces in terms of personal growth, and act as a natural filtration method that ensures only the best make it to these folks’ inner circle.

By raising those standards, the standard of potential partner you stand to attract, Pisces, will likewise rise.

You can rest assured throughout 2021 that you aren’t leaving anyone out in the cold who doesn’t deserve to be there, and are only acting to make your own romantic endeavours all the sweeter.

You may also find this interesting:  Pisces Career and Money Horoscope 2015

2 – Pisces is in style in 2021, because so is old fashioned romance

They say romance is dead, but that has never quite washed with Pisces people, no matter the era in which it’s asserted to be true.

In fact, in the age of digital hookups, casual flings and far too much willingness to drop one another at the drop of a hat rather than work on a relationship thoroughly when the going gets tough… well, you might say these old school values are more in need than ever.

It doesn’t have to be old fashioned gender roles and outdated things like that, mind you, but rather a sense of kindness, politeness, courtesy and conscientiousness that puts Pisces on the radar of any potential beau lucky enough to be on the receiving end.

During 2021, gentle Pisces, you will find few people are able to really ignore your charms, which is a wonderful confidence booster in its own right.

Better still is the fact that you have plenty of this confidence of your own now to begin with, so it makes for a spectacular snowball effect as positive feedback helps it to build.

Either way, you’ll have a rather modern outlook on your bedroom antics this year to offset that classic dating approach – very much the swimming in two directions at once that Pisces people are famous for.

Altogether, this makes for a superb mix of emotional and physical satisfaction that really ticks all the boxes for Pisces lovers in 2021.

Although Pisces is a star sign that adores stability and knowing they are secure, there is still an inherent curiosity in this zodiac sign also – one that inspires them to seek out new horizons in the physical world as much as their famous penchant for doing so in the world of dreams.

This comes to a head particularly potently during the course of 2021, although in typical Pisces fashion, is unlikely to manifest as just the stereotypical summer vacation that countless other people will be taking this year.

This isn’t to say a summer getaway is entirely out of the question – rather than it’ll just be a serviceable, enjoyable break.

The real emotional and spiritual breakthroughs are more likely to happen elsewhere in 2021, when unexpected circumstances inspire or motivate Pisces to get out and explore the wider world.

Indications are that Pisces will either meet their special someone while on that journey, or will instead meet that special someone almost frighteningly soon before going on that international adventure.

You might find that concerned people, although speaking from a good place of love and concern, try and talk you out of such wonderfully romantic and exploratory escapades in 2021, dear Pisces.

Being so empathetic, you can see why they’d look to keep your best interests in mind, but if you feel the urge to gently thank them for their consideration and do what your heart tells you regardless, then do so.

This is definitely the year to do it!

In terms of destinations, 2021 is an interesting dynamic – either Pisces will revisit much-beloved locations from their childhood and enjoy rekindled romance there, or they will explore somewhere new with an equally explorative new lover.

Expect to learn some new things about what you like and don’t like in more ways than one, Pisces!

Rather than being the daydream believer half of astrology is content to summarise you as, Pisces, in 2021 you are reborn to walk the walk as much as talk the talk.

Whereas in the past you’d happily share your visions, dreams and ideas with people and not consider the details or the logistics of it all – why should you when it’s not your soul role? – in 2021, a light is uniquely shone on your more pragmatic self at the same time.

Why is this good for romance? Well, at the most forward and blunt of levels, it means that you will be entering relationships that actually have the capacity to go the distance rather than being pipe dreams, for one thing.

That may sound a little on the nose to normally sensitive Pisces, but this is actually one star sign who will be telling it like it is during 2021 with no shame – and nor should they feel any! It’s been too long for Pisces being wallflowers and in the quiet corner. This is the year to be heard.

A lover who is able to bring that more grounded and practical side of your personality out into the open will prove a comrade in arms as much as a confidant in your arms during 2021.

The energies promised by this union are such that one will lead to the other beautifully naturally.

Pisces is more than capable of accomplishing what she or he needs to alone, but it’s far better for these people, especially this year, to have someone who understands that more realistic and patient approach to really make their dreams come true.

And of course, more than anything else, Pisces people quite frankly deserve the best after all they’ve gone through!

5 – It’s time for Pisces to put down some roots

In 2021, things can almost feel like one last hurrah for Pisces, so it’s important not to be melancholic.

For instance, we already discussed the huge potential for travel and the romance that goes with that – but this isn’t to say that adventures won’t come in the future.

However, this is nonetheless a year in which instability – either in living circumstances, in career prospects or, of course, in romance – will be coming to a close.

Many Pisces people have felt as though their ingenuity has been tested to its utmost, just to deal with the constant chopping and changing of the last few years.

You may also find this interesting:  Pisces Love Forecast for 2014

As the 2020s come about, the level of stability and security that Pisces people can expect in their finances and home lives will increase, year on year.

This bodes well for romance because it forecasts that this is the year in which Pisces is most likely to meet like-minded people.

A sense of magic seems to follow these people around wherever they go, and this is a big part of it.

Pisces people can expect to find that they will meet a provider, if not a collaborator, who will be just as interested in building a home together as they are.

This isn’t just white picket fences, baby baskets and puppies though – there’ll be a racy and spicy undercurrent to this engagement (and it’ll likely lead to engagement pretty fast) that’ll keep things interesting for everyone.

Pisces people know that there’s a good kind of drama and emotional excess in love, and they can expect to drink deep from that particular well of inspiration throughout 2021 – but most especially in autumn, which is forecast to be an especially steamy time for a multitude of reasons.

The sensitivity that is so definitive of the Pisces star sign often gives these people an undeserved helpless quality in the eyes of others.

Pisces people maintain that they don’t need to be coddled and protected just because they feel the highs and lows of life so sharply compared to other people.

Indeed, over the last few years, people born under this mystical star sign have proven by hook and crook that they are more than able to go their own way under their own steam.

Yet don’t get too comfy flying solo, Pisces dearest – 2021 is a year in which someone is likely to take you quite by surprise in the most wonderful way.

At first, it’ll all seem like an intense physical connection and perhaps nothing more, but those hidden depths and emotional areas of crossover will become apparent to you, dear Pisces, in such subtle overtones that even your keen senses won’t pick them up at first.

But before they know what’s hit them, these people are jetting off to far-flung locales with an astounding new partner who gets them on every level – no more laboriously explaining even the simplest concepts of emotional intelligence to a deadpan deadbeat of a former partner!

It’s an astonishing turnaround, but deep down Pisces knows this kind of sweeping change has been coming, and that they deserve the best.

2021 is a year in which Pisces can enjoy reaping what has been so patiently sown. 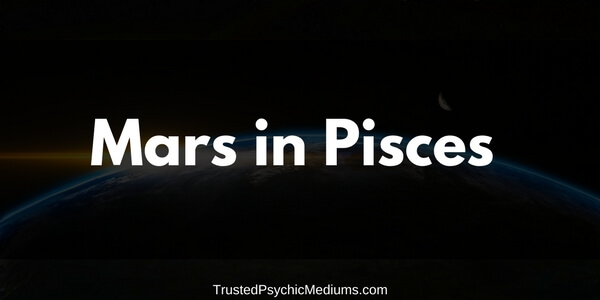 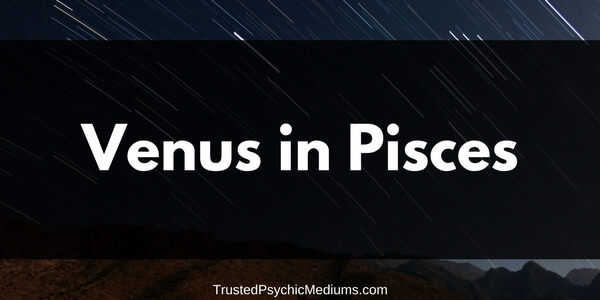