5 Ways to Win an Argument with an Aries 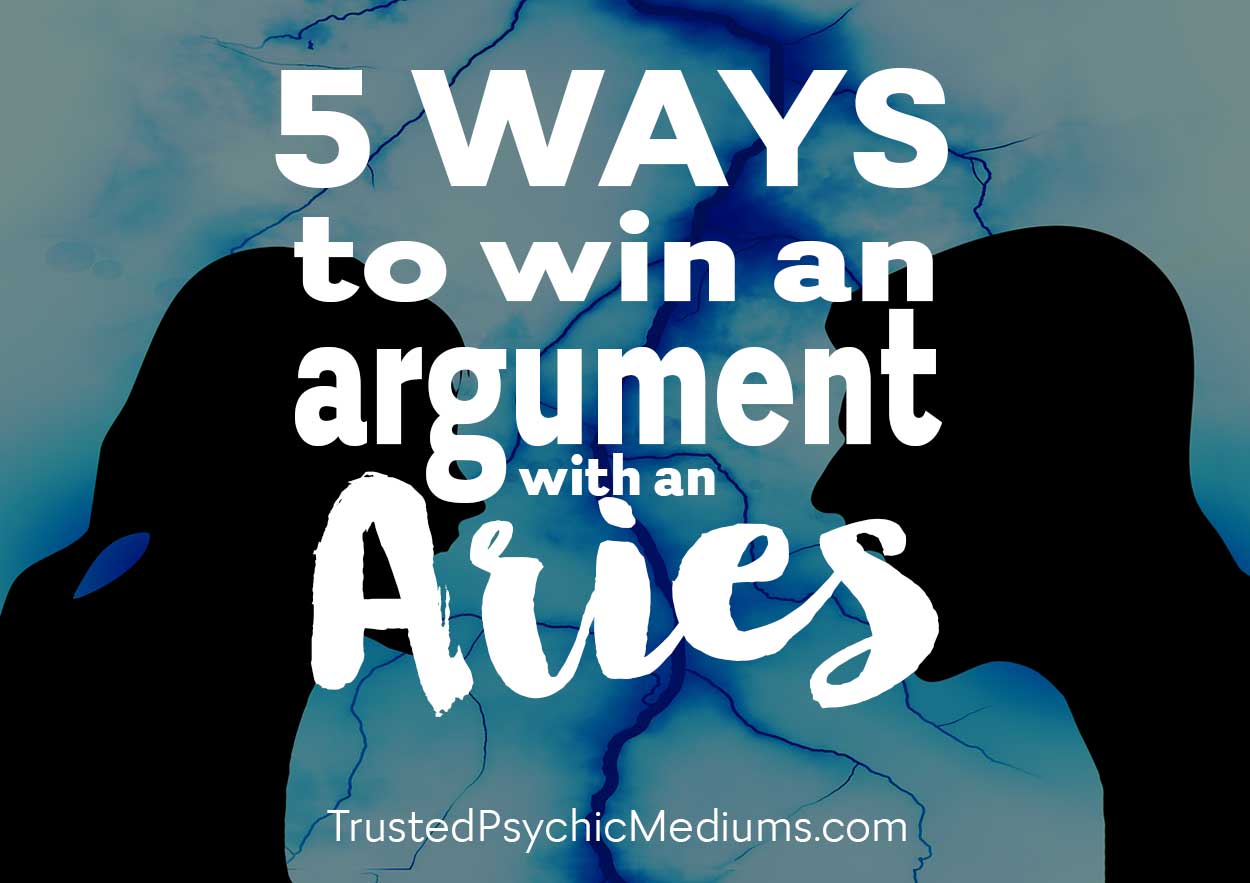 If you have an Aries co-worker or you are in a relationship with an Aries, you already know that it seems like it’s very hard to win an argument with a person born under the sign of the ram.

It’s not uncommon for an Aries to charge into a situation with half a clue.

They’re not really doing themselves any favors with the attitude that they take and they often have a black and white view of the world.

You’re either with them or against them.

The good news is as long as you know how the Aries mind works; you can win an argument with them.

Most importantly, you get along with them so they become a productive member of your life.

Here are five ways to win an argument with an Aries:

The typical personality of an Aries is somebody who wins through intimidation. They always charge in with half a clue and expect everybody to give way.

The worst thing that you can do is to give in.

When you establish a relationship by putting up a fight and just really calling them out in their shenanigans, you earn their respect.

One of the worst things an Aries can ever do is to admit he or she is wrong.

However, you will get their respect if you just call them out on it if you say no. The more you say no, the more respect they will give you.

You may also find this interesting:  Aries: Five Tips to Deepen Your Sexual Connection With Your Partner

Never give in. Never compromise. Never say you are right. Don’t even compliment them.

Just hit fire with fire. Just put up a strong wall and just shut them down every single opportunity you get.

Focus on what’s In It for the Aries

How do you do this?

Focus on what’s in it for that person.

You have to understand that the Aries personal cosmology revolves around them.

Aries signs are very self-centered and they are very self-seeking. If you understand this about the Aries, then you can use this fact against that person.

How? Focus on what’s in it for them. Focus on the benefits of the project and how it will benefit the Aries.

This is very easy to do because Aries are very ambitious.

They are looking to move ahead in life. They’re looking for better promotions, better pay and academic advancement depending on the context.

In some cases, it makes a lot of sense to let the Aries win.

This can be quite destructive because there are other personalities in the room. For example if you put in the room a Capricorn, a Taurus, a Scorpio and an Aries, you have a recipe for an explosion.

The good news is that when you give the Aries a certain fixed role and you can predict a certain range of outcomes, you can control the Aries.

You may also find this interesting:  Which Star Signs Should Aries Date?

You can then channel that energy into the direction of the common goal.

This is all well and good because at the end of the day as long as everybody agree on the common goals then we’re all good.

Understand this because it’s very easy to lose sight of this strategic fact.

It’s very easy to just get caught up in the emotional electricity and just try to argue with the Aries. They love arguments because they feel they’re being paid attention to.

They feel important when people argue them.

Back Up Each Claim with Facts

This is where you have to pretend you’re a lawyer!

When you argue with an Aries, you have to back up your opinions with facts. Just as a good lawyer presents assertions backed up by case law, you should argue with solid facts that support your conclusion.

Your conclusion is only as good as your premises.

If your premises are based on faulty logic or a misreading of facts, then you’re not going to get anywhere with an Aries.

This is where you will get a little manipulative.

You have to understand that Aries people are so full of themselves that they really are very weak. As long as they feel that they are in charge of a situation, they can be easily manipulated.

One of the most effective ways to manipulate people is of course through emotional signals. When you present facts with emotional implications, it’s very easy to win over the Aries.

You may also find this interesting:  Understanding the Aries Taurus Cusp

This is the Aries weak spot.

So when you try to make an argument, you need to hit them with facts but at the same time, you need to bring home the emotional implications of those facts.

By arguing this way, it’s very easy to get Aries on your side.

Most importantly, it’s very easy to channel all that energy, opinionated hardheadedness and other often negative aspects of the Aries towards a common goal.

In fact, many managers love to work with Aries because once they figure out the Aries team player; they are very easy to command.

They only need to say certain magical words and incantation and the Aries tends to kick into autopilot and do what’s needed.

It’s probably going to be one-sided and one dimensional.

So this is really important that facts paired with emotional depth can really get under the Aries’ armor and make the Aries work to your advantage.

Working with an Aries, whether in a relationship or in a professional arrangement, doesn’t have to be a hassle.

Sure, they do have a reputation for being very difficult but as long as you understand how they operate, you can actually turn them into valuable assets and a positive influence in your life.