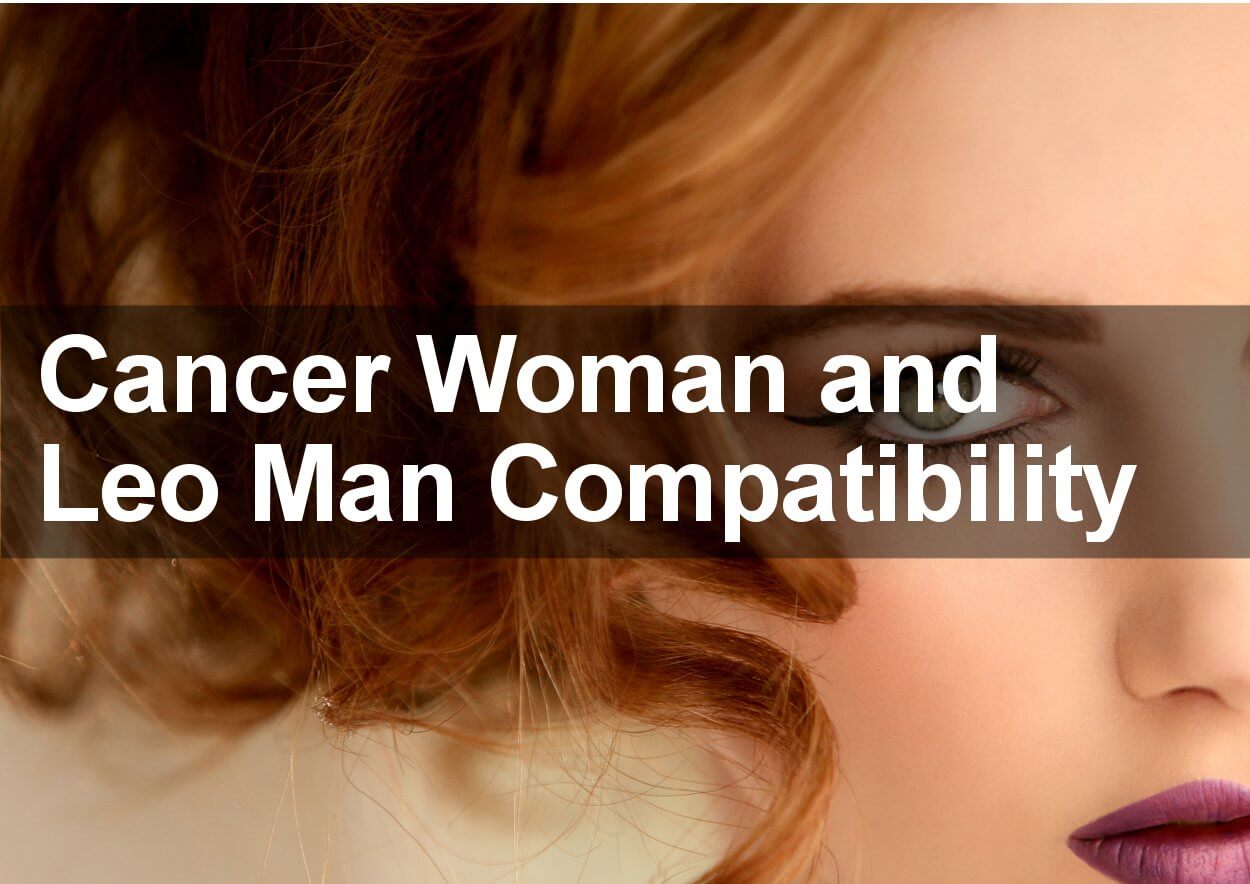 What do you get when you pair a man who is bold, brash and seemingly very confident, with a woman that seemingly has her act together?

You get a match between the Cancer woman and Leo man.

Normally, you would think that such a combination would lead to a very mutually supporting and rewarding relationship. This judgment would only be true if things are exactly what they look like.

However, when it comes to the Cancer woman and the Leo man, and many other signs of the horoscope for that matter, what you see is not always what you get.

In many cases, your eyes are deceiving you.

Things that may seem very solid actually turn out to be quite squishy and liquid inside. This is definitely true with the Cancer.

You have to understand, the Cancer person, whether a man or a woman, is based on the crab. A crab has a very hard exterior, this exterior is called an exoskeleton and it can be quite tough. However, once you are able to crack that exterior, what is inside is very, very soft. This is the dichotomy that the Cancer woman and Cancer people in general, live with.

They feel that they have to compensate and project a tough exterior, while inside they have their doubts, insecurities and inadequacies. In other words, they are just like everybody else in that they have challenges to deal with internally, but they choose to cope with it by projecting the very opposite.

The Leo, on the other hand, is actually going through the same thing, but in a very different way. The Leo believes that the best defense is a damn good offense.

Make no mistake about it. When it comes to taking the offense, the Leo can definitely bring it. They can go into any situation and look like they are in control. They look like they know what to do and when to do it. However, despite the appearances of being in control and being fully aware of the situation, they often take action when they only have a fraction of the information that they need to make a truly wise decision.

As you can probably already tell, this kind of thinking and this way of behaving often means that the Leo is not enjoying the kind of success he or she deserves, whether it is in the realm of relationships, career, education, health and other aspects of the human experience.

So, what happens when you mix these two characters together?

Interestingly enough, Cancer woman and Leo man love compatibility can produce a lot of sparks in a positive way.

Compared to these characters, which are quite numerous actually, the Leo male personality really stands out.

This is attractive to a lot of people. This is appealing because it makes people gravitate towards the Leo. They think that the Leo is a leader, because a leader is always willing to lay down his life for his followers.

The Impression Made By Cancer Woman on the Leo Man

Cancer woman is no slacker at her end. The Cancer woman projects a great public image of strength. If you are looking for somebody who seems to know where she is going, the Cancer woman can definitely give you that impression.

The Cancer woman can make you feel that she is strong, hard headed and driven. She can give you the best impression in the world.

He Is Bound To Step on Your Toes

The downside to the Leo is that, he is so brash and so bold that he is bound to step in your toes. He can either invade your emotional space unwittingly, or he can basically just blunder into emotional spaces that you do not want other people to touch.

You might have a particularly sore spot or a sore memory and he might bring it up carelessly, and worse, you might feel that he is judging you in a very unfair way. In other words, he is bound to step on your emotional toes.

Do Not Punish Him by Clamming Up

The typical Cancer female response to emotional challenges is to basically clam up.

In fact, they could clam up so well that they end up emotionally walling off the person that is making them uncomfortable. This can be a serious issue.

When you shut off people emotionally in your life, that relationship basically starts to die.

That is just the reality of real relationships.

Unfortunately, Cancer women may be so sensitive and so petty that they feel that the only to deal with negative input is just to shut it out.

This is really unfortunate and this is the core of Cancer woman and Leo man love compatibility.

The key to Cancer woman and Leo man love compatibility is open communication.

At the other end of the equation, the Leo man really needs to mature and understand how you say something is just as important as what you have to say.

This is the biggest hope and the biggest project when it comes to Cancer and Leo relationships and compatibility.