Facts About Cancer and Marriage 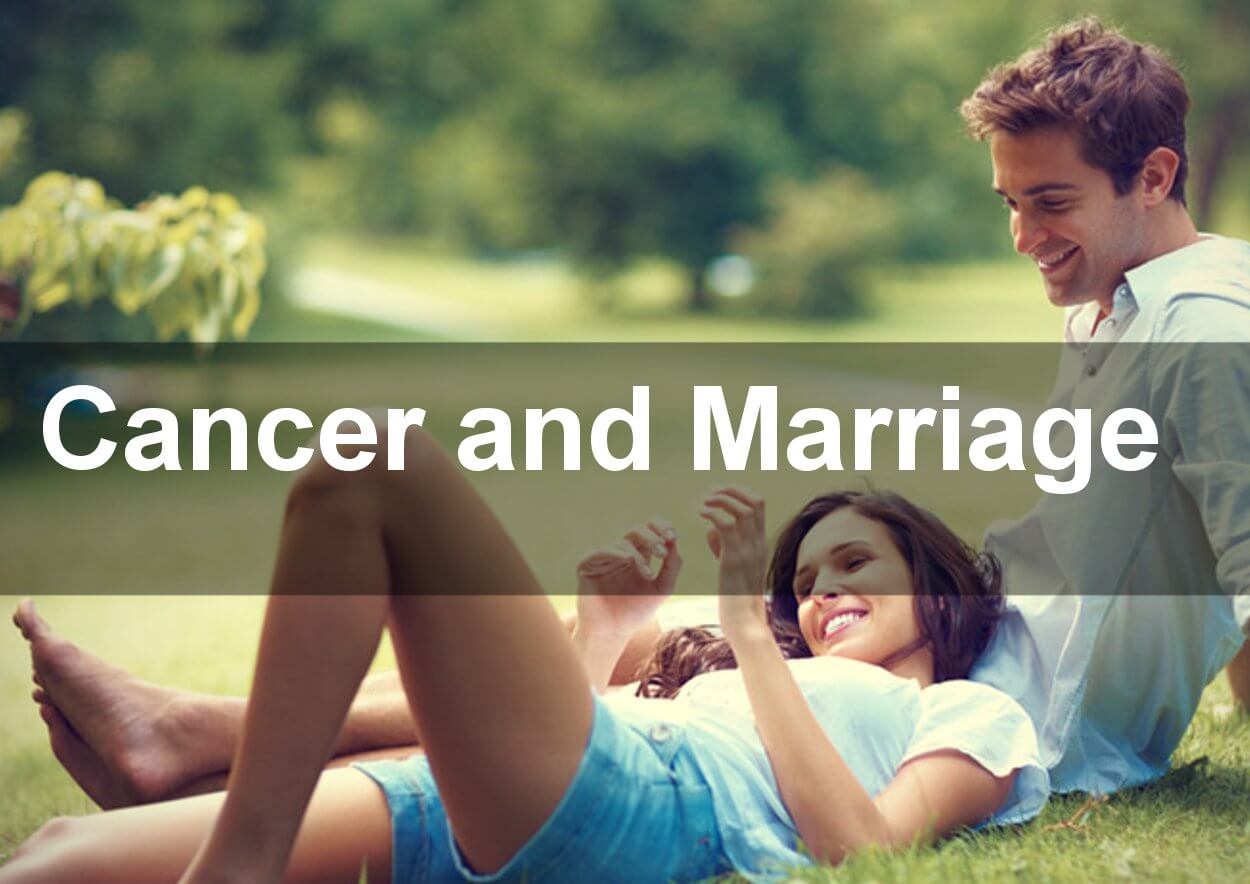 When discussing the concept of how the Cancer Zodiac sign relates to marriage or long-term commitments, the discussion really isn’t as dramatic as many people like to make out.

Make no mistake about it. Cancer signs don’t have a problem with long-term commitments. They can commit. They can sign on the dotted line; they can get off the fence; they can pull the trigger. Regardless of whatever analogy you want, they can do it.

The problem is whether they can grow within the relationship.

You have to understand that when you enter into a marriage, it’s not just any kind of relationship. It is definitely very different from a contract.

Obviously, this is not how a marriage is supposed to work. Unfortunately, most people look at marriage as a grandiose or exaggerated form of a contract. This is precisely where the problem lies with most people. Cancer signs are not immune to this.

If you are serious about your marriage working and you’re the Cancer, or you are married to a Cancer, keep the following thing in mind.

Cancers Commit Too Early or a Little Late

The problems revolving Cancer and marriage rarely have anything to do with the ability to commit. Cancers can commit. The problem is, they either commit too early, or they commit a little too late. This really is a problem for Cancer and love in 2020.

When you commit too late, on the other hand, you may be a little bit jaded. In many cases, you might be settling for your marriage partner. Obviously, this is not fair to the person that you are marrying.

Do you see what’s wrong with this picture?

The key to Cancer and marriage issues is not whether the Cancer can commit the issue is the level of emotional commitment.

You have to understand that the very peculiar nature of the Cancer is that this is a person who is trying to mature to a point where his or her external world lines up with his or her internal world.

The main reason why many Cancers tend to be tough and well-disciplined outside is they feel so undisciplined and emotionally unstable inside.

Like with any other great adventure, all parties involved must be clear as to what they want and where they wish to go. This way, everybody is clear as to what to expect from marriage, and most importantly, how to conduct themselves within the marriage.

You have to understand that you marriage is worth more than the sum of you two individuals. If you really think about it hard enough, there’s a third person that is born when you get married. That is called your marriage. It has its own needs; it has its own drives; it has its own issues. By being loyal to the message instead of necessarily to each other, you can go a longer way because your expectations are tied to that third party objective instead of being stuck on a contractual view of your marriage.

Let’s face it. When you look at your marriage as a contract, chances are you won’t go far. Why? People are people.

If you view your marriage as a contract where one party can back out if the other party fails to perform, your marriage has a high chance of failing. There are no two ways about it.

Avoid Stepping on a Cancer’s Emotions Too Often

If there is one piece of advice that I can give to any non-Cancer married to a Cancer personality, it is this: avoid stepping on that person’s emotions too often.

Don’t Wall Off Your Partner Emotionally

This piece of advice goes to the Cancer in the relationship. The key to happily navigating Cancer and marriage is for the Cancer to not wall of their partner emotionally. This is the death sentence of any relationship.

Once you emotionally segregate somebody from your relationship, the relationship is, for all practical matters, dead.

When you emotionally segregate somebody from your relationship, the relationship is no longer growing. Even if you look at your marriage as this third party, that third party is basically dead.

For a relationship to flourish and go to the next level there has to be emotional connection.

Unfortunately, Cancers wall off or seal off their partner when they feel hurt. Just like a crab has a thick skeleton, the Cancer partner can develop that thick emotional armour if he or she feels threatened, disrespected, demeaned, or insulted for a long enough period of time.

This piece of advice, when it comes to Cancer and marriage, applies to the Cancer partner. You have to be emotionally authentic.

This means that your outer world must reflect your inner world. For most of your life, there is this dichotomy between what people see and what you really do.

You need to break out of that for your marriage to truly reach a happier and more productive level.