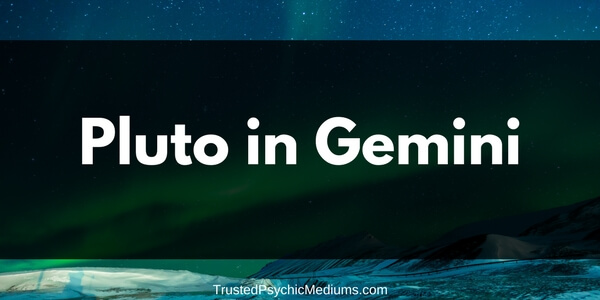 Pluto entered Gemini in 1882, and it stayed there until 1914, arguably the most important year in all of history. Since Pluto is the planet of transformation, it would be fair to call 1914 “transformative.”

The period between 1882 and 1914 was known as “the Gilded Age,” a term coined by the American humorist and writer Mark Twain. Twain described wrote his book The Gilded Age in 1971, but the term generally refers to the entirety of the late Victorian and Edwardian periods, up until it all came crashing down in the First World War. People during this period were optimistic, fashionable, sociable, and arrogant.

This was a period of extreme, unrestrained optimism, as everything in the world seemed to be steadily improving. However, it was also a period marked by severe, visible cracks in that worldview. Everyone seemed to think that things were getting better, but even the most cursory look back at history shows, visibly, how bad things were getting.

Pluto’s presence in Gemini is characterized by this duality – some people might even call it blindness or willful ignorance. People seem to believe that things are improving, even while the world crashes down around them. While this period was undoubtedly a pleasant time to be alive (at least, for the people not directly affected by the crashes), the transition out of this period was one of the most crushingly terrible few years in all of human history.

An uncharitable viewing of the period when Pluto was in Gemini would say that the main trait that characterized this period was willful blindness. From our modern perspective, it is almost impossible to understand how so many obviously bad things could be happening in the world, yet people could still go on record calling it a time of great success and progress.

Part of it was a willingness to accept a form of duality. Gemini is symbolized by the twins, after all, so perhaps people during this time were willing to accept a “dark” and a “light” side to life in a way that we simply aren’t now. A Canadian social critic called the division between rich and poor “the city above” and “the city below,” became it was as if there were entirely separate worlds for the rich and the poor, and they hardly had any interactions.

All of this meant that the people who were doing well were willing to accept those who weren’t doing well as a not-really-real fact of life. Instead, Geminis lived in blissful ignorance. Their presence was not pressing enough to warrant concern, leaving the lucky ones able to focus completely on the good things that were happening in the world.

This way of seeing the world, focussing only on the positive, became so deeply ingrained that even international events like the Boer War couldn’t shake it. It would take the earth-shattering trauma of the First World War to destroy that viewpoint.

Let’s not get ahead of ourselves, though: while Pluto was in Gemini, the world was marked by an optimistic attitude. Political safety nets were put in place to protect people who had been oppressed during the period when Pluto was in Aries and Taurus preceding these years. There was an increasing ability to achieve personal freedom and autonomy, and the overall zeitgeist was a hope for the future that only seems tragic in hindsight.

Women during this period were becoming more socially and publically active than ever, and more and more opportunities were opening up for them. Medical schools began to accept female medical students, and women became business owners – the first female self-made millionaire in America was Madam C. J. Walker, a Black woman from Louisiana who developed a wildly successful line of hair care products in 1905.

In other words, Plutonian Gemini women were highly intelligent, astute, and great at working within a man’s world! Strides were also being made for women’s political rights, as women gained the right to vote in New Zealand, Australia, Finland, Denmark, and Norway during this period.

In addition to their increasing opportunities for political activism and careers, women born during this period became more interested in developing personal freedom. Freedom is something that many Geminis value, and for women of this time, it meant freedom from gender restrictions.

Restrictions on lovemaking behaviour were being called into question, and more and more women demanded that they should be held to standards of behaviour more like those that were applied to men, where lovemaking discretion was important, but expressing seductiveness was not entirely forbidden.

The development of forms of rudimentary birth control, and the tendency to marry later in life (due to increased life expectancy) gave women more opportunities to develop lives for themselves outside of their household. Gemini women valued both their friends and their careers, and were interested in developing both – not just getting married!

Overall, during this time, women’s lives were marked by a greatly increased degree of freedom to act as they chose, compared to what had been experienced by their mothers or grandmothers. They had opportunities to have their own careers, take control of their seductiveness, and develop identities independent from their status as wives or mothers. Overall, it was an unusually good historical period in which to be a woman! Gemini women were known for being fun-loving, witty, and generally good to be around.

While women (at least women of a certain economic status) were developing more and more opportunities for freedom of behaviour than had previously been allowed, and thus the period when Pluto was in Gemini was a fairly good time to be a woman, it was not as good a time to be a man, unless you happened to be both wealthy and lucky.

One of the reasons for this was the military turmoil that happened during this period. The Boer War, a war fought between England and the colonies in South Africa, was a massive military failure that drained resources and shook people’s faith in the British Empire. Because of this, Gemini men tended to become cynical and anti-social while women were becoming optimistic and social.

The delicate balance between these genders and their attitudes towards the world is part of the duality of Gemini as a sign!

Men born during this time did care about making change, and even the most cynical believed in a better future. Gemini is just far too optimistic a sign to let anyone labour under negative feelings for long!

A great example of a classic Plutonian Gemini novel is Upton Sinclair’s novel The Jungle. was written at this time about the abuses suffered by workers at meatpacking plants. However, even though the novel is extremely sad (not to mention grotesque), it actually promotes a solution to the problem it described. People from Gemini were like this novel – they might be unhappy, they might be suffering, but they were always focussed on finding a solution to their problems.

The period when Pluto was in Gemini was a very good time to be alive… if you happened to be well-served by the system. However, even the people who were suffering from the dark side of Gemini were optimistic and highly motivated to make things better.

Pluto in Gemini In Love

During this time, a relatively higher level of lovemaking freedom became popular among the younger generations, and women, in particular, were granted greatly increased autonomy to pursue relationships on their own terms, rather than always being under the thumb of their parents until they were passed on to a husband chosen by those parents.

This is not to say that arranged marriages disappeared, nor that a family’s approval became unimportant in choosing a partner. It simply slipped further and further away from being the core of a relationship.

Young men and women were, for the first time in centuries, able to develop relationships without constant chaperoning. Ideals of romance became far more physical than they had been in the past, and the archetypes of the “rake” and the “new woman” became the new popular romantic characters, taking over from the courtly knights and ladies that had dominated the popular imagination in preceding decades.

This foreshadowed the popularity of anti-heroes and anti-heroines throughout the twentieth century, although it was nowhere near as pronounced as it would become in the 1930’s through 1980’s – nor was it equally desired by everyone. There was still a huge contingent of people that continued to see chaste, spiritual romance as the ideal.

Romance became seen more and more as a public display, more similar to friendship and more acceptable for being publicly flaunted than it had been in the past decades.

Dates for Pluto in Gemini

Even the most skeptical astrologer cannot deny the foreboding fact that Pluto shifted out of Gemini and into Cancer on the eve of the First World War. The period from 1882 to 1914 can be accurately described as the calm before a storm, and the storm was devastating when it came.

The next time that Pluto enters Gemini will be in 2132, long after everyone reading this article is likely to be dead, and it will exit Gemini and move into Cancer again in 2159. While I do not like to speculate about the effects of planets on world events, especially so far into the future when there are so many variables to consider, if the last time Pluto was in Gemini is anything to go on, it’s probably lucky for us that we won’t be around to see the next time.

It should also be noted that Pluto’s next pass through Gemini is the last one that many astrologers feel confident about predicting the dates of at this time. Pluto does not take exactly the same amount of time to pass through each sign, and therefore, it becomes highly difficult to accurately judge its path more than a hundred years into the future.

While Pluto was in Gemini, the world seemed to be a good, positive, and ultimately happy place. Most critics of the time agreed that the world was on an upward trajectory, even ones who lamented the mistreatment of the working class, or the senseless brutality of the Boer War.

No matter how optimistic the people of this time were, or how hardworking they were, or how well they developed social relationships (all qualities of a classic Gemini), it couldn’t save them when Pluto shifted out of Gemini and into the tragic period of Cancer, where no amount of hard work could save a life.

However, in hindsight, it is impossible not to see the “cracks” in the world that appeared during this time. Facts such as the divide between the rich and poor, and the outdated nature of military tactics leading to the disasters of the Boer War, were easily swept under the rug at the time by a society that was highly focussed on optimism. However, looking back, we can see that those very qualities laid the groundwork for the horrific events that took place between 1914 and 1918 – and after.

I hope that, next time Pluto is passing through Gemini, the people of the world do not allow themselves to be so ignorant to the negative aspects of their world – even if those aspects seem easy to ignore at the time. It is good to be a positive thinker, and Geminis naturally are, but it’s also important to bring in a little bit of your observant nature and make sure that, while you’re out enjoying other Gemini things like parties and new technologies, there isn’t something terrible brewing right under your nose!

Our latest articles on Gemini 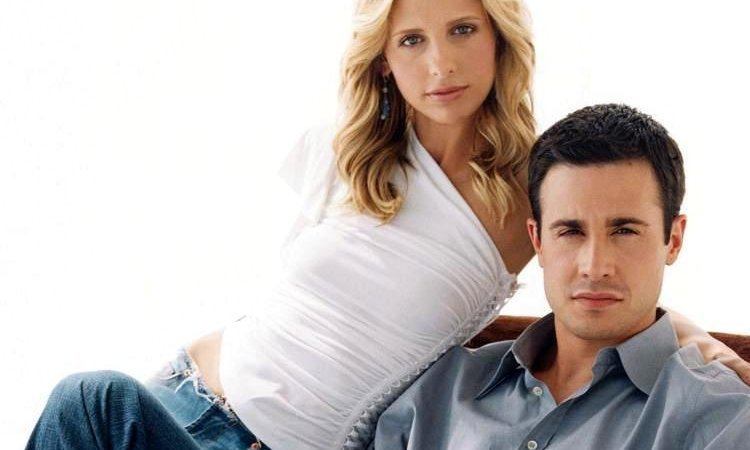 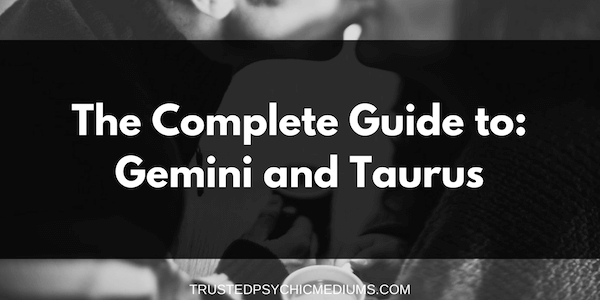 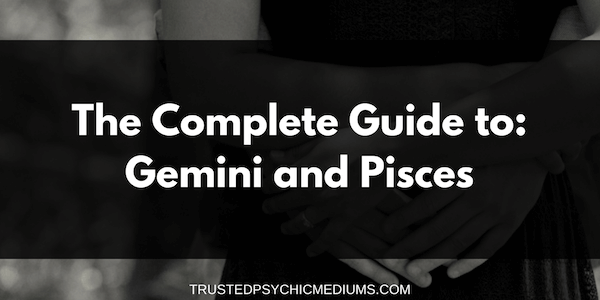