What Are The Luckiest Numbers For Leo For The Year Ahead?

by Yasmine 2 years ago

It’s impossible to ignore the presence of a Leo in your midst, assuming their natural magnetism hasn’t already captivated you.

These people love to be the star of the show throughout their lives, and if your eyes aren’t already on them, don’t worry – they’ll find a way to draw your gaze..

Warm, protective and compassionate, Leo people have a disposition as warm as their ruling celestial body, the sun.

They are natural romantics with a very sensual side, but also intelligent enough to be natural predisposed towards success in their career endeavours.

Much like the strength of their ruling animal, the lion, Leo folks also have much in the way of natural resilience and good health.

They’re often pretty active and high energy, and offset that with downtime that’s sensual and indulgent.

With so many things in life already going their way, do Leo folks even need lucky numbers, you might wonder?

Indeed they do – Leo are secretly quite sensitive when things in life go wrong. As such, a little extra good fortune through lucky numbers for Leo certainly can’t hurt!

Leo wouldn’t have it any other way, so let’s focus on the most bombastic lucky number for Leo first – number 1.

This number suits the Leo persona very well indeed. The idea of being number 1, the centre of focus, the first of their kind or the prime person in charge of the situation effortlessly matches the self-esteem and leadership qualities of the Leo soul.

While over our lifetimes we are often educated to consider others in our actions, the setup of karma and astrology in the lifetime of the Leo is such that they are often their luckiest when prioritising themselves first, and letting their blessing ripple out to those around them.

It, therefore, makes perfect sense why the number 1 is a lucky number for Leo, and it flavours much of what a Leo person does in life whether they’re cognisant of this or not.

In fact, Leo folks born on 1st August are often some of the most lucky people anyone could ever hope to meet.

Living at an address featuring the number 1, working at a business that features this number, or even carrying a lucky penny with the number 1 kept good and shiny in your purse, all seemingly aligns the life of the Leo into a powerfully positive direction.

And of course, number 1 also stands for chapter 1 of a new beginning, and seeking new experiences is always important to these folks.

A less obvious lucky number for Leo is 22, although once you delve into the symbolism behind this number and how well it matches with the Leo personality, it makes a great deal of sense.

Love and romance are very important to Leo people, and they love the idea of giving their immense hearts to someone special, and likewise being praised and idolised by a doting lover in return.

You may also find this interesting:  Venus in Leo

Of course, in today’s society especially, finding partners able to keep the old ideals of romantic courtship and emotional devotion alive can prove pretty difficult from time to time.

22 is a number of togetherness and of slowing down to enjoy life’s pleasures.

When a Leo notices the number 22 cropping up a lot – on doors on streets they’re walking down when daydreaming of love, or in the amount of change they get after buying lunch from the cute deli guy… heck, even the ticket number in the deli line itself!

It all combines to show that Cupid’s arrow is ready to strike.

Going deeper still, at age 22, Leo people often experience an intense romance – or another major life event, such as a new career or overcoming a long-standing illness, even a financial windfall – that goes on to shape much of their life.

The number 4 is a very lucky number for the Leo individual – and it’s perhaps no coincidence that if you take our last number, 22, and break it down into two plus two, it adds up to four.

In the Far East, the number four is regarded with suspicion and superstition – and for Leo folks with this cultural heritage in their ancestry or their current lifestyle, it might feel understandably reluctant to entrust themselves to a number so symbolic of misfortune and death.

However, what is a Leo if not courageous and bold?

Whether or not you have a natural suspicion of the number 4, it’s a lucky number for Leo folks that seems to crop up in intriguing patterns that underpin the flow of a Leo individual’s life.

Leo people born on August 4th tend to have huge ambitions for their careers, as well as the means to accomplish them.

Whenever a Leo is born though, they tend to have their best lucky when, even unknowingly, incorporating the number 4 into their life path.

When choosing between numerous new homes on the property market, for instance, the one on floor 4 or with 4 in the home address is often the happiest place to live, and the most comforting to Leo when it comes to resting and recharging.

Leos engaged in planning projects for their business, or even planning to woo someone they have their eye on, are advised to break down their plans into four stages.

This not only makes every step more manageable, and amplifies the sense of achievement when won, but it also aligns a Leo’s plans with good luck.

Most of the world regards the number 13 as bitterly unlucky, and especially superstitious people take great lengths to avoid it.

Tales abound of people who will argue with hotel staff against staying in room 13 and insisting on moving, or staying indoors on Friday 13th of a given month to avoid any misfortune befalling them.

But when did a Leo ever rely on anyone but themselves to tell them what is and isn’t lucky?

You may also find this interesting:  Leo Woman and Leo Man Love Compatibility

As such, Leo folks who embrace 13 as a lucky number often find that it brings them much in the way of monetary gain and passion in their love lives.

It’s also lucky simply because it encourages Leo folks to make their own path – an action that always brings them the best life has to offer.

A Leo who lives under a shadow of doubt, assuming 13 is unlucky because society tells them so, is missing out – and is living with less than her or his fullest strength.

By taking on the number 13 and essentially making it their own, Leo folks can embrace the secret power of its good fortune – something often missed out on by other people.

Is 19 really a lucky number?

Many of the lucky numbers for Leo are pretty significant or culturally important numbers that naturally pop up a lot in life – it’s perhaps less the case for lucky number 19.

For this reason, it can be easy to overlook, but a smart Leo keeps an eye out for number 19 and welcomes its influence in their lives.

The number 19 is one of potential swelling to just before the point of relief – the sense of anticipation and excitement that comes with the final keystroke of a big project file that’ll propel your company forward, or the tingle of longing just before two lips connect in a kiss for the first time.

Leos live for these moments, and those Leo people looking for a life of intensity – in a positive way – are advised to work with the energies of number 19, or to look for it cropping up in curious places around you while you pursue your goals.

If this number almost seems to be following you around, dear Leo, it’s a sure-fire sign you’re on the right track!

While plenty of numbers have Leo’s back, there are definitely some unlucky numbers for Leo that they’re similarly advised to keep in mind and elude the influences of.

The number 18 is a big example of this, and while it’s often a number that seems perfectly innocent, it symbolises a conflict of interest or a rising up of drama that threatens to drag Leo’s name through the mud.

Likewise, at age 18, a Leo individual is highly likely to experience heartbreak, financial difficulty or an event of tremendous misfortune or pain that shapes much of how they move forward in life.

At its worst, these events will leave traumas that take years to heal.

Leo is brave and won’t back down from these challenges, but they are nonetheless advised to be caution if in any situation where the number 18 is present.

As odd as it may seem, the same is true of the number 94. This number certainly doesn’t crop up all too commonly in life, but it tends to bring misfortune to Leo folks when it does.

You may also find this interesting:  5 Reasons Leo will Find Love in 2022

Computer errors tend to afflict Leo when a progress bar is 94% through an update or a download.

An unexpected bill that sets Leo back usually hits at around the $94 mark, or incorporates this number in some way.

Always do this when you see lucky number 10

Leo people are especially advised to keep a lookout for number 10 – a number of wholeness and completion.

When this number is present in the life of a Leo, or seems to crop up in unexpected places and capture their attention, it’s an indication that something that Leo has been working towards is about to reach its goal.

Similarly, it promises to safeguard the flow of projects or desires to get close to someone, and carry these endeavours to their final moments with good fortune at their back.

Leo people born on 10th August often find that they’re gifted at tying up loose ends, and often step into projects started but not completed by others and put on superb finishing touches.

However, every Leo who brings the number 10 into their lives finds that happy endings are sure to follow.

Heartbreak is diminished, financial difficulties become far less prominent, and confidence is pumped up to an all time high – nobody can stop Leo now!

When you see number 10 out and about, Leo, take stock of your surroundings.

Taking a moment to breathe can help to clarify a half-finished idea, notice something around you that’s the perfect opportunity to move forwards, or calm your mind enough for wisdom from on high to enter you.

The Leo star sign is one of the most famously prideful and confident, and much in life seems to naturally go in the way Leo chooses almost through a sheer force of will.

However, while fortune certainly favours the bold – Leo lives and breathes this truth – aligning themselves with lucky symbols can certainly help synchronicity and positive coincidence to have greater sway over Leo’s progress.

Leo people sometimes need a touch of reassurance to not feel lonely or as though the actions they take in life have gone unseen.

In moments where the famous confidence of this star sign falters, these folks ought to look around for numbers like 4, 10, 22 or, indeed, number 1.

Leo people sometimes catch some negative attention for putting themselves first, sometimes to the detriment of others.

While a wise Leo indeed makes certain that their self interests don’t harm others, their charming belief that they’re number 1 can’t help but raise a knowing smile when you know that number 1 is perhaps their luckiest number of all. 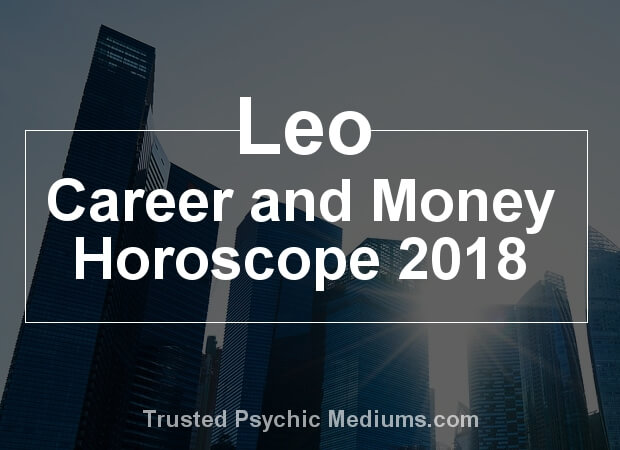 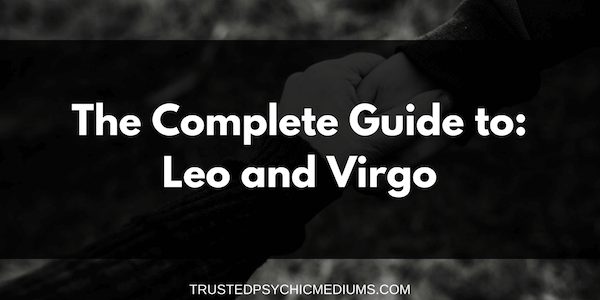