Jupiter in Pisces inspires the most positive and selfless part of your consciousness.  You are the Twelfth and final Sign in the Zodiac.

You are characteristically the most mature and even-tempered of all signs, incorporating the best of each.

Jupiter is the Ruling Planet of Wealth, and your Sign is symbolized by Watery fish—two of them, swimming in opposite directions.

When you are working on your spiritual side, you can use meditation as well as yoga, to try to tap into a Zen state of consciousness.

In fact, you are most comfortable when you are on your own.  You love other people, but find that you realize more and appreciate more when you spend time with yourself, especially with the Hope of Jupiter in your heart.

You can find both love and fulfillment when you keep the positive attitude Jupiter is encouraging.  Do not wallow in pity.

Do not drag others down with harsh words.  When you fall, just hop back up and dust yourself off.  You possess a unique open-mindedness and faith in the universe to balance itself.

This outlook and the good luck brought to your Sign, by Jupiter, will aid you in finding love, once and for all.

Women with Jupiter in Pisces are ethereal and beautiful, enlightened women.  Some choose to portray themselves as ultra-traditionally-feminine, while others may tend to go for a more edgy or androgynous look—and both are perfectly valid choices.

Pisces women do not want to conform to society’s expectations or beauty standards.  You are especially empowered by Jupiter in Pisces.

You are such a warm and inviting spirit when Jupiter enters your Sign.  This is usually a refreshing—albeit temporary—response to Jupiter.

Women with Jupiter in Pisces are less likely to go off on their own, but more likely to be a part of the community and enriching the lives of those around her.

You are extremely spiritually-minded.  Others may criticize your beliefs, but be encouraged by Jupiter’s positive visit.

Men with Jupiter in Pisces might be hard to read at times.  Their dual and self-conflicting nature rattles them, and this may spill over into your love life.

At first, this may be endearing.  If it becomes a problem, know that the best way to address such a topic with a Pisces man is to ask him an opinion on that state of living.

Pisces Men are known for asking life’s hard questions.  They are philosophers and occasionally fall into a lonely rabbit hole.

This man interpersonal and relationship skills will come to the foreground, once the loving light of Jupiter illuminates his path.

This man is mysterious, yet loyal.  Familiar, yet progressive—especially when spurred on by the encouraging Jupiter in Pisces.

Jupiter and Pisces in Love

Jupiter and Pisces in Love can set the stage for the major love affair of your life.  Because you so rarely settle down in one spot (or with one person) for long, you sometimes miss out on the bliss committed love can bring.

You will find love and fulfillment when you heed the advice of Jupiter to show love and gratitude to your loved ones, and most of all—to never lose hope that things will continue to improve.

Your best prospects for love are with partners who understand your need to roam, Pisces.  Any partner who tries to control you, or is too into your business when you ask for privacy is a definite ‘No’.  Seek out like-minded individuals.

You may have very different upbringings, religious backgrounds, and tastes in pop culture—but no amount of division can tear apart the Hope you have borrowed from Jupiter in Pisces.

Steer clear of stubborn Signs like Leo and Taurus.  They may trample your dreams before Jupiter is able to convince you they are achievable.

You will not be happy stuck in a bunker somewhere with a Cancer.  You crave travel, wonder, and answers—and Jupiter in Pisces will aid you on your missions.

Your worst prospects in love are with partners who disrespect your search for order and universal truths.  You deserve to find a mate that will stand by you, and have faith in you at all times.

Admitting your fault, when you are actually to blame with not turn your love away, but only make you that much more endearing and trustworthy.

Jupiter in Pisces will reward you with a happy committed relationship, where you can find love and fulfillment.

Dates for Jupiter in Pisces

Jupiter in Retrograde is very rare, especially due to the long transit time of Jupiter’s orbit.

5 Little-Known Facts About Jupiter in Pisces

At the point of encountering Jupiter in Pisces, there will be several key points that are going to resonate with you along with being able to identify where in your life it stands to potentially influence what you do.

Of course, there is also that need to know more about the facts before you are able to move forward with all of this, and that is where we are going to begin.

1. It encourages you to have a positive attitude about life.

With Jupiter in Pisces, there is a real sense of it pushing you into having a more positive attitude about life.

In fact, it actively encourages you to go ahead and chase after whatever your dreams may be and assures you that you have the ability to do this. Also, as you do so, your confidence will soar leading to an even more positive attitude in life.

2. You have a tendency to be quite open-minded.

When it comes to anything that life is able to throw at you, then there is a tendency for you to be viewed as being rather open-minded.

This willingness to explore things in life and what surrounds you will often result in you discovering new things about your own self and who knows where that may lead.

3. You want to avoid conforming to society.

There will often be a sense that women with Jupiter in Pisces will never really want to conform to society or try to link with the apparent idea of what a woman should be like.

Instead, they are more of a free-spirit in this sense and will seek to do whatever they feel is best for their own good compared to anything else.

4. Men can be difficult to read.

Men that have this particular combination are going to often be viewed as being rather difficult to read.

This is due to them keeping their cards close to their chest and taking the time to think about their own approach to life rather than just laying it all out there.

However, it does not have to always mean that they have something to hide.

5. They are willing to ask tough questions.

When this combination occurs, it is often the case that the individuals are not afraid to go ahead and ask some tough questions.

This is not to stir up trouble, but rather it is connected to the way in which they simply want to know everything that is going on at all times. If they cannot understand it, then they will ask until they get answers.

There can be little doubt that Jupiter in Pisces can be a real influence on your life, but you need to be willing to embrace it and just accept that it creates an individual that has the real desire to just try to discover what life has in store for them.

This will be a real journey, and it is certainly not going to be a boring one either.

Jupiter in Pisces brings the most positive and hopeful Planet into the realm of the high-minded and spiritually attuned Pisces.

Being that the Pisces is the most mature of the Zodiac signs when Jupiter visits Pisces, you almost feel as if you are finishing a task or completing an important cycle—and you are.

Each planet and Zodiac sign has definitive qualities.  The most notable quality of Jupiter is that it has been so closely associated with good luck, wealth, and abundance for as long as people can remember.

Jupiter has profound effects on the morale and productivity of Pisces, whether Jupiter is currently sitting in Pisces or not.

You will feel the most love and fulfillment when you put the needs of others first.  Helping others maintain hope is a great way to keep perspective and stay grateful for every ability you have. 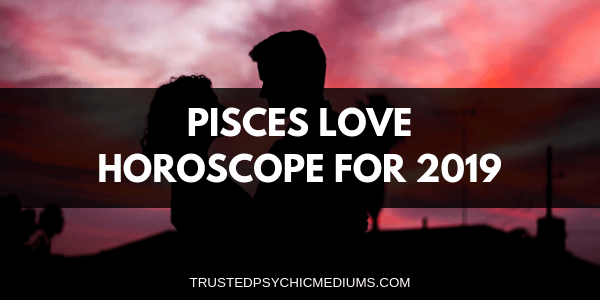