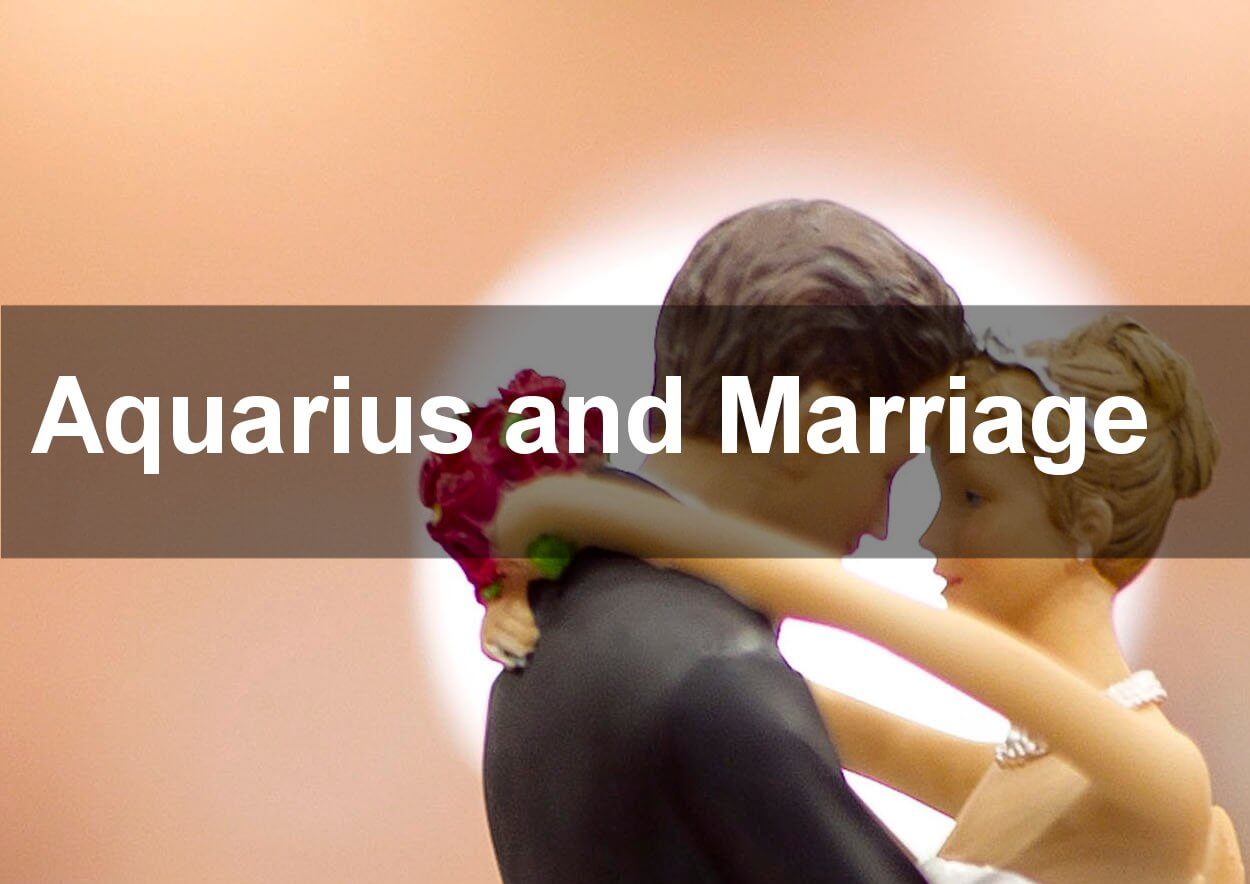 When it comes to Aquarius and marriage, Aquarius has no problems committing.

Let us get that out of the way. Unlike the Virgo or the typical Libra, the Aquarius does not have a problem making a commitment. The issue is not so much whether the Aquarius person, whether a man or a woman, would commit, but what the person is committing to.

You have to understand, that when people enter a marriage, it is not uncommon for the two partners to have two totally different conceptions and ideas regarding what marriage is about. Just like with anything else in life, there is common knowledge and the truth.

The common knowledge or conventional wisdom regarding marriage is that, it is like a contract.

There is a fundamental flaw and error with this kind of thinking. If you view your marriage as a contract, then it would have the weaknesses of a contract. You have to understand, that contracts only have effect when both sides do their part. In other words, you do something and the partner does other things and the contract takes effect.

If you fail to do what is expected of you, typical contract law says that the other side can withhold what they are supposed to do.

In other words, viewing marriage as a contract, places the operation of the contract around the behavior of the people in the contract. This is a problem with marriages, because the reality of marriage is that it is not a contract, it is something more.

In fact, if you ask people who have been married a very long time and are still faithful and loving to their partners, they would tell you that their marriage basically took a life of its own.

When you enter a marriage with an Aquarius, you should look at the marriage as something that is given birth when you say “I do”.

It is like a third person that comes into being. If you look at your marriage this way, then if your partner develops cancer, or becomes unemployed for a long period of time, or develops a really bad attitude, or some other challenges come your way which would normally derail a marriage, you would stay focused.

This is what separates marriages that would stand the test of time, disease, infidelity and all sorts of challenges, and typical marriages that just fall apart.

This is too much to swallow for most people. Most people would basically look at marriage as something that is convenient. Why enter into a contract if there is nothing in it for you? Right?

This is the challenge of Aquarius and marriage.

If the Aquarius has the wrong ideas regarding marriage, the question of Aquarius and marriage often leads to a bad ending.

You have to understand, that the Aquarius is all about ideals.

This is one horoscope sign that has his or her head in the air. He or she is just full of ideas. This is not necessarily a bad thing. Just like with other traits of people born under many different horoscope signs, it all depends on the context whether a particular trait is negative or positive.

The same holds with the Aquarius. The Aquarius can be very idealistic regarding marriage. This can be a very positive thing.

It is basically just going to lead to issues down the road.

You have to understand, that in many cases, give and take involves giving and giving and giving, even if you are unable to take for a long period of time. It takes sacrifice. This is the part of Aquarius and marriage issues that many Aquarius people have a hard time swallowing.

The secret to a happy ending for issues regarding Aquarius and marriage is for the Aquarius to basically be mature enough to understand this large and truthful conception of what marriage is all about.

The Typical Aquarius Conflict: Dreams and Hopes and Realities

When it comes to issues of Aquarius and marriage, the typical conflict that comes into play is when the dreams and hopes of the Aquarius seemingly conflict with the demands of married life. You have to understand, when you are married to somebody, your time is no longer your own. This is especially true once you have children. You have to start taking the focus off what is important to you, and refocus it on your marriage.

This can be a bit too much for the Aquarius to take. You have to understand that the typical Aquarius is all about his or her dreams and hopes.

The good news is that, marriage and becoming a parent are two of the most challenging experiences in a typical person’s life that leads that person to mature. Before we enter these stages in our lives, we tend to be self-absorbed; we tend to think that the world revolves around us and our needs.

Once we become parents or once we become married, in many cases overnight, we change into the people that we need to become.

This is the core of issue regarding Aquarius and marriage.