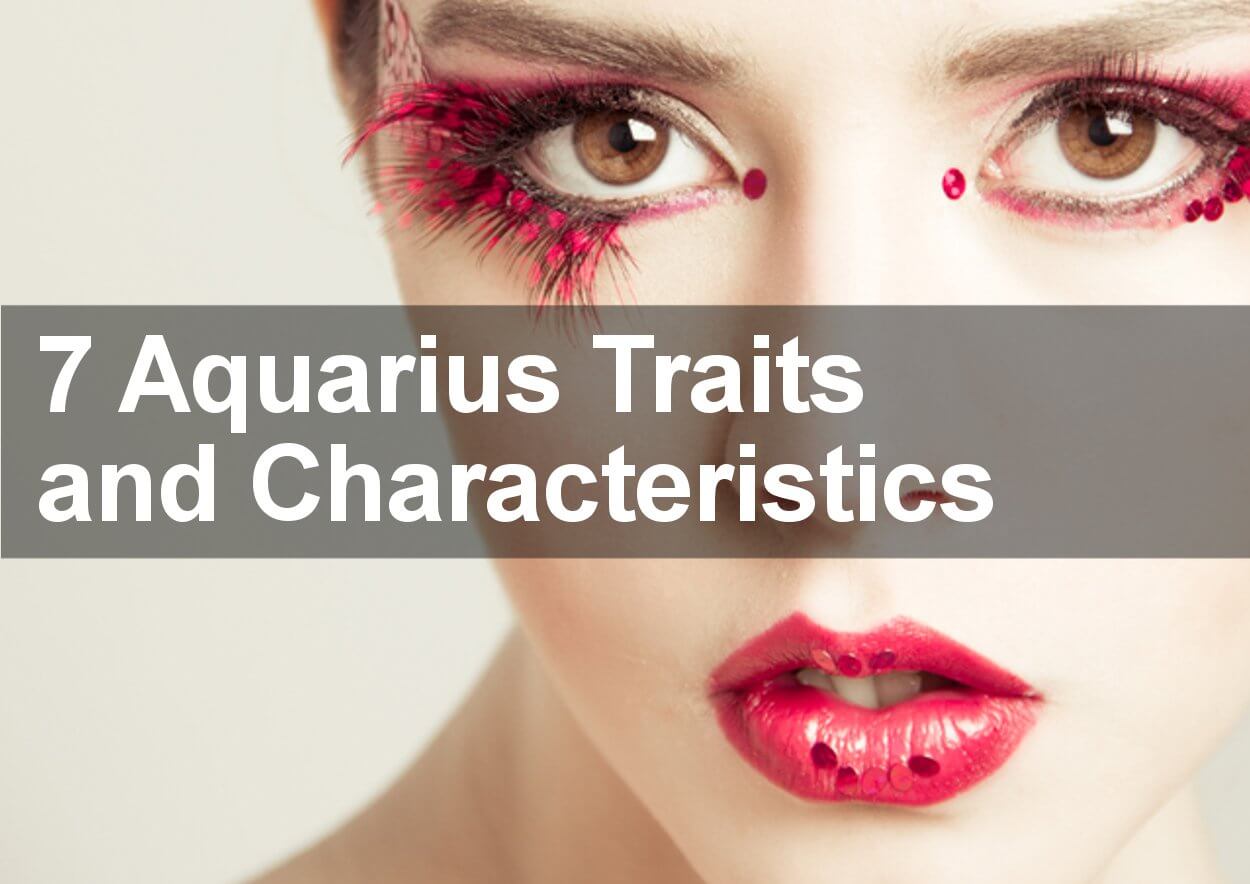 When it comes to Aquarius traits and characteristics you must understand that the Aquarius is a very interesting sign.

Among the signs of the horoscope, this is one character type that has his head in the clouds. Also, the Aquarius is a water bearer so there are a lot of emotions involved.

Just like with any signs of the horoscope, there is really no fundamental set of traits that are completely negative or completely positive.

There is always a key element of choice that comes into play. Two people might be born under the same horoscope sign, in the same time and in the same year, but lead completely different lives. The outcome of their lives might be black and white, some may be very successful and happy, and the others might be feeling really defeated and frustrated with their lives. It all boils down to choice and it all boils down to context, and the situations you find yourself in.

You have to understand, while there is a lot of accuracy in horoscopes, they can only predict general directions. In other words, if you let your life proceed on auto pilot, nine times out of ten, your horoscope sign will win out. However, if you make conscious choices, and you situate yourself in different contexts and find yourself in different circumstances, the outcome of your life might be very different.

You make your own luck to a large extent. Your choices play a big role in your life. However, your choices still have to play within the larger reality of the general tendency of your horoscope personality.

With that out of the way, here are the seven Aquarius traits and characteristics.

Aquarius people like to dream. They tend to focus on what could be instead of what is. This can be a great thing, because they can come up with designs and specifications for products and plans and services that do not currently exist.

Unsuccessful Aquarius people often think that by simply dreaming things up in a very superficial and fleeting way, they are actually doing something.

In fact, they are doing the complete opposite. Instead of actually bearing down and analyzing and putting in the hard work of analysis and action on their dreams to make those dreams turn into a reality that they can see, touch, feel, hear and smell, they jump from one idea to the other. All the while they think that they are doing something positive and worthwhile.

Another key quality of the Aquarius is that, they tend to suffer from an intellectual version of attention deficit hyperactivity disorder or ADHD.

While there is some truth to this, they are not very deep thinkers, because once you come up with an idea and you dig deep, you would realize that there are many different parts under the hood. A lot of these parts need a lot more analysis and scrutiny.

At the end of the day, after so many years, they end up not accomplishing much at all.

Aquarius Signs Can Be Shallow

Aquarius people like to pride themselves as being people of ideas. While this is well and good, the problem is they tend to be shallow ideas, they do not really dig deep. You have to understand, that if you are really passionate about your idea, you would realize that there are counter ideas.

There are ideas that negate your idea. So, you have to overcome those objections, you have to research alternatives. At the end of the day, you initial conception of your idea might actually look very different from the practical idea that you can actually implement in the real world. Many

Aquarius tend to think in very shallow terms, and think that they have thought through their idea. It is not a surprise that many end up investing a lot of money in their ideas only to lose that money, because they did not really think their ideas all the way through.

More Focused On Thinking than Doing

The typical Aquarius thinks that there is this fine line between thinking and physical action, and that they can remain thinkers. If you think this way, unless you are a professor, things might not pan out well for you.

One side of the Aquarius personality is that, they tend to be somewhat similar to Virgo people. Virgo people tend to look at the world in terms of black and white. They look at what should be instead of what is.

When this happens, they end up comparing the real world with an imaginary fictional world. Obviously, this is an exercise in futility. Obviously, this will lead to frustration. It is no surprise that many Virgos are perfectionists and is very hard to please.

They often are unhappy and frustrated. To some extent, this is also true with Aquarius. They are so focused on ideas and what should be that they end up being disappointed when the real world is not very receptive to their idea.

Aquarius Traits Can Emotionally Distance Themselves from Their Ideals

The interesting thing about the Aquarius is that, unlike the Virgo, they can emotionally distance themselves from their ideals.

They can look at ideas as primarily just ideas and not be emotionally invested. This is completely different from the typical Virgo. The Virgo basically looks at his or her ideas as part of his or her body. That thinking can lead to stubbornness and a lot of impracticality.

Aquarius Traits Can Be Quite Liberal

Unfortunately, they are so welcoming that in many cases it leads them to trouble. In many cases, the worst kind of idea is a half-baked idea.

At the very least, make sure that your idea, when you try to implement it, does not land you in the poor house or subject you to serious physical harm.