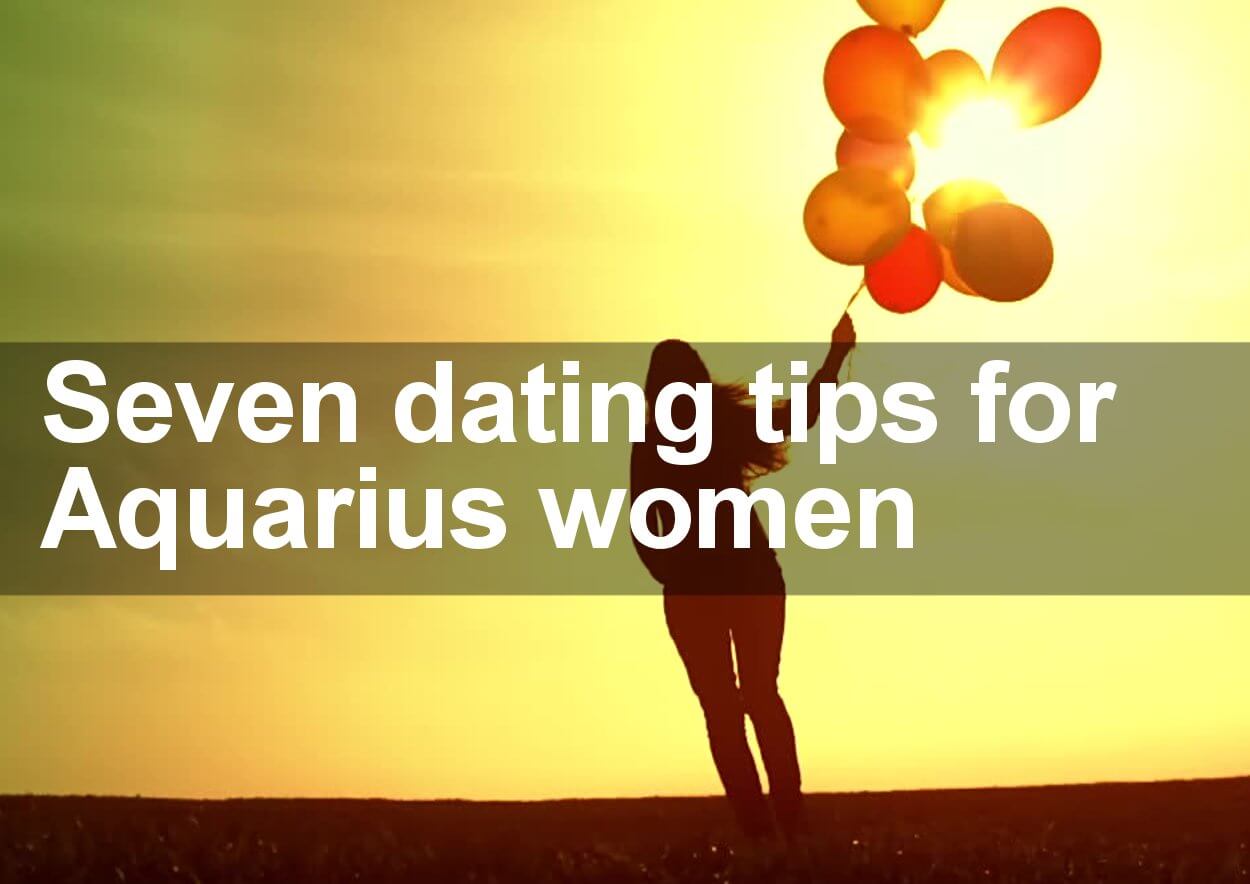 If you’re an Aquarius woman and you’re in the singles market, listen up. Nine times out of ten, the reason why you’re feeling some level of frustration or total frustration with dating has nothing to do with what your dates do.

If you want your dating efforts to be successful and if you want to eventually find the right person, you have to wrap your mind around certain core truths regarding the Aquarius personality.

The bottom line with the Aquarius people is that you’re an emotional person. You put a high premium on emotional authenticity.

By constantly setting yourself up where you are emotionally disappointed because people don’t have this going for them is really a losing game.

In many cases, Mr. Right might be staring at you right in the face at a date and you are completely clueless about it because you are holding up this person to a ridiculous picture of what you want that person to be.

If you want your dating efforts to truly pan out, keep the following tips in mind:

Your Emotional Side Gives You A Soft Edge

Taurus women tend to do that. You like to judge guys, but on an emotional level and you do it in a very soft way. You feel things out.

This gives you a soft edge and guys are not as put off by you compared to other horoscope signs. As a result, they’re more comfortable around you.

Your Emotional Authenticity Is Magnetic

Your biggest ace in the hole is your emotional authenticity. You mean what you say and you say what you mean. You have a core set of principles and they’re based on your passions and ideals. This is magnetic to guys.

Most women put on a show because they think that’s the kind of show that guys want. In many cases, they are putting up an act to attract the guy when that’s not what the guy wants. If you want to attract a guy that just wants to take you to bed and leave you, it wouldn’t matter.

He’s just into you for physical reasons.

However, if you want a guy that actually wants to have an emotional partnership with you, a real, deep and fulfilling and meaningful emotional partnership, you have to be yourself and this is precisely why many guys are attracted to you because there is a certain level of emotional authenticity that gets their attention and draws them in.

It’s Okay To Be Idealistic

You have no problem drawing guys in. The problem is when you start talking about your ideals. It’s okay to be idealistic, but you have to remember we live in a practical world. You still have to make sure that your dreams square with what’s in front of you.

While it’s always a good idea to think about how things should be, it’s an even better idea to make sure that your ideals make sense in light of how things really are.

This is important because you tend to invest a lot of emotional energy in your ideals.

When you are on a date and you have this ideal of the perfect guy, it can easily sabotage your dating success. The reality is there is no such thing as the perfect man. No such animal exists.

Don’t Let Your Ideals Filter Out The Right Man

By being so idealistic regarding how a perfect man should look, how he should conduct himself and how he should treat you, nine times out of ten you’re filtering out the right people from your life. That’s right.

Chances are, you’ve already met Mr. Right and you filtered him out. The reality behind Mr. Right is that he looks like Mr. Wrong. It takes time for everything to line up and a lot of what’s keeping Mr. Right from breaking through start falling apart.

In other words, the relationship is what matures Mr. Wrong into Mr. Right. Many young women don’t get this. They always think that Mr. Right comes in a package and as a result, they end up with Mr. Wrong.

Don’t Read Too Much Into Him

A date must be a two-way street. In other words, it must be a communication between two people where they are letting each other know more about their personalities and about their dreams and hopes.

You have recreated him out of your ideal. That’s unfair to him. It’s definitely harmful to you. Don’t feel betrayed; don’t feel let down when it turns out that this guy is the complete opposite of your ideals.

Why? You made him.

He’s a monster that you made and you’ve nobody to blame except yourself. This is why I cannot emphasize this enough: when you’re on a date or you’re still dating a person, don’t read too much into him.

Instead, appreciate him, analyze him and criticize him based on who he really is.

Let the Moment Move You

The Aquarius is so idealistic that she tends to often put her happiness in the future. You tend to think based on this sentence: if this happens, (fill in the blanks), then I will be happy.

I’m sorry to break this to you but if that’s how you think about your life, your relationships and your personal fulfillment and meaning in this world, you will never be happy. The real rule to happiness is to live moment by moment.

Milk as much value out of every moment because we can all die tomorrow. Let the moment move you. Savor the moment. Enjoy the moment.

Life is meant to be lived in the here and now. This applies to dating above anything else.

Don’t Give Away Too Much, Too Soon

Usually when Aquarius women read themselves too much into a guy, they end up pouring their whole heart into the guy. I’m not just talking about lovemaking. Lovemaking is actually the easiest part; the most superficial part. I’m talking about everything that is meaningful to you like your dreams, your vulnerabilities, your weaknesses, everything.

The problem is you end up pouring everything into a picture and that picture is a picture of yourself.

What’s wrong with this image?

By following the tips above first and really planting your feet on solid ground, you prevent yourself from being hurt, discouraged, disappointed.

The more you develop these skills, the sooner you will correctly identify the right person for you.