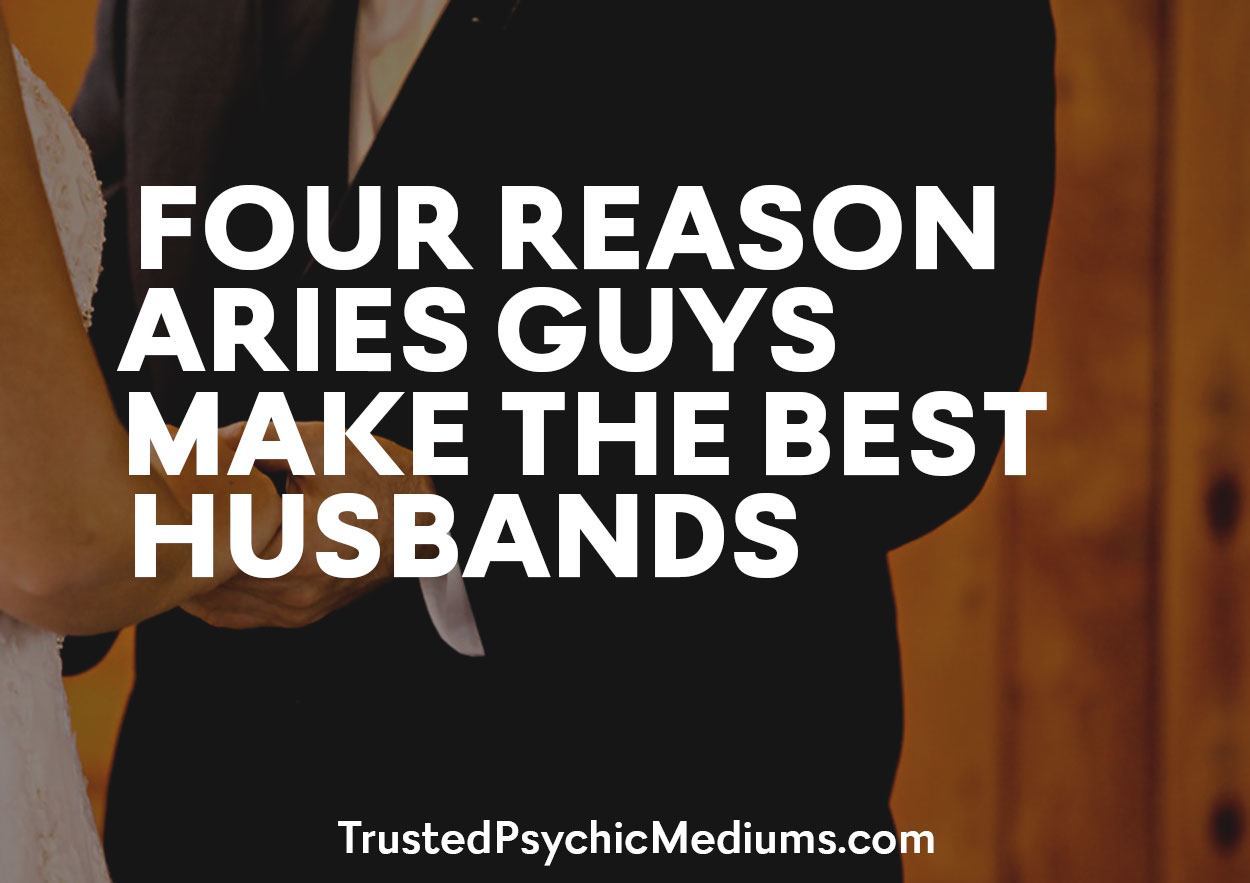 You might be thinking that an Aries guy is probably not a good partner for you. You definitely have a lot of evidence to back up that conclusion.

After all, Aries people, in general, don’t make things easier for them.

Who likes people who seem to be full of themselves that they lock everybody else out of deep personal friendships? Who likes people that talk a big game but really can’t be depended on at the end of the day?

Make no mistake about it, there’s a lot of baggage that comes with the Aries personality.

This is why it’s quite surprising for many women to find out the Aries guys actually make for really good husbands.

In fact, according to many women, Aries guys make the best husbands compared to all other houses of the horoscope.

Of course, you have to look at statistical representation. Unless you’re good friends with women who’ve dated extensively enough that they have had relationships with guys born under all signs of the horoscope and under different rising signs, you probably wouldn’t know this.

Still, there is a lot of recommend the Aries male as a husband. Here are just four of the long list of why Aries guys make the best husbands.

They are firm with their standards

Aries men seem to be hardheaded because they are firm with their standards. They like to reduce complexity and nuance into black-and-white constructions.

Well, when it comes to romantic relationships, this actually leads to stability and security. Why?

If you’re with a guy who bends with according to the direction of the wind, it’s very hard to trust that person.

It’s very hard to figure out where he actually stands.

This can lead to serious issues, especially if you’re thinking about marriage or starting a family.

There are too many fathers who have such soft standards that they don’t provide much guidance and stewardship as far as their families are concerned. This is a serious issue.

This leads to children becoming wild and relationships encountering temptations like cheating or financial infidelity. There are all sorts of things that can go wrong if people are not firm with their standards.

Your challenge is whether the Aries guy in your life has standards that meet yours.

If your standards agree with each other, then you’re on solid ground. You can then start looking at him as ideal husband material.

You’ve set a goal, and you stick to it. That is commendable considering how often wishy-washy people are.

To their credit, many Aries guys have solid standards as well.

It’s one thing to be solid with your standards. It’s another to pick solid standards.

This means they select classic standards like a man should be measured how honest he is. They focus on character.

A man should be measured by how well he keeps his word. Those kinds of standards.

Aries guys tend to have an inborn conservatism to them. While superficially they may be very political and liberal, but their core values tend to be conservative.

You have to understand that the Aries personality is actually driven by a high degree of insecurity and a deep sense of inadequacy.

This is why they’re always looking for some solid form of confidence.

In many cases, they get this solid bedrock of confidence by picking and choosing solid standards. These are classic standards that our grandparents had, not necessarily our parents but at least our grandparents.

This is important to know because if you are looking to start a family sometime in the future, solid time-tested standards produce better results rather than constant experimentation.

It’s very easy to compromise when you don’t have solid standards.

It’s very easy to justify what’s wrong and justify mediocrity when you have shifting standards.

Aries guys love to charge into situations and basically try to dominate.

This can get quite annoying in a work setting, but it’s actually quite refreshing in a romantic setting.

This is especially true in a family setting. A father must be a protector to his family. At the very least, the father should be counted on to stand up and protect his family when the family is under threat.

Aries guys do not hesitate to stand up for their families.

They give you confidence

While Aries guys are notorious for being wrong a lot of times as far as the positions they take in work setting or among friends, you can at least gain some confidence from them. Why?

This can actually be a foundation for a better relationship. Why?

You can rely on their consistency and also rely on the fact that by simply being in the relationship with you, they can’t help but be shaped by you.

In other words, your relationship would transform both of you.

Of course, you shouldn’t expect him to change into the exact type of person you want. No. He has his own personality.

However, you can be sure of the fact that the relationship would have an impact on him so instead of being permanently brash and hardheaded, this person can actually mellow out.