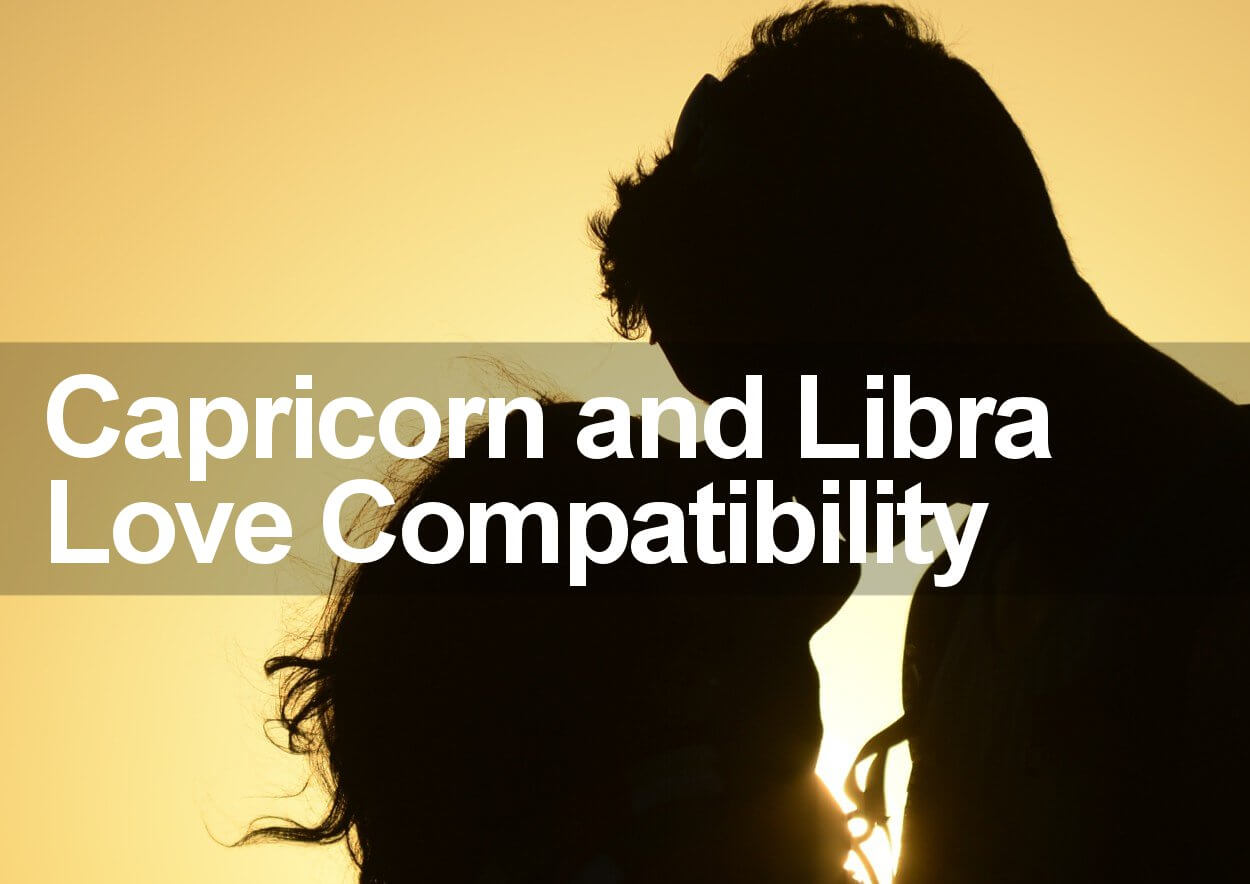 This special compatibility report looks specifically at the match between the Capricorn woman and Libra man in love.

So many of you have requested that I do this report on these two signs I have spent a good deal on time preparing this. So without further ado let’s get started right away.

What do you get when you match a woman who is very driven and goal-oriented with a guy who can’t seem to make up his mind?

What do you get when you pair somebody that is stereotypically very lazy and loves to procrastinate with a woman who basically measures her day in 15-minute intervals?

The answer might surprise you. It might not actually lead to butting of heads or a conflict of personalities. It can often lead to Capricorn woman and Libra man relationships that actually lead to something very mutually fulfilling and rewarding.

Make no mistake about it; money is a very important factor in any relationship. Sure, at the beginning you are driven more by emotions and intercourse, problem is as you get older and as your needs change and as your world changes and more importantly as you emotionally mature love, passion, intercourse, fantasies just aren’t going to cut it.

This is a key factor in determining Capricorn woman and Libra man love compatibility. It can lead to serious issues if neglected.

You can’t overlook this underlying reality.

Libra men are famously non-committal. It’s not because they are judging the world in terms of perfect and not perfect. It’s not that they are holding off on pulling the trigger or getting off the fence because things aren’t perfect. They are not Virgo men after all. That’s how Virgo men think on average.

The typical Libra man is caught on the fence and unable to make a decision because this person is always weighing things up.

You have to understand that the Libra is based on scales. The scales are always weighing things.

The Libra is always considering, always analyzing, always trying to keep the can down the road and get more information.

Let’s face it – the big decisions in this life are made after you get a certain percentage of information.

After that, it’s all faith. In other words, as long as you have enough information to make a truly informed decision you have to rely on faith to carry you through.

There is no such thing as one hundred percent information gather. You can’t see into the future and know exactly what will happen. It’s just doesn’t work that way.

The Cold and Materialistic Capricorn Woman

This is harsh judgment of the Capricorn woman.

You have to understand that the Capricorn woman likes to keep it basic. She likes to go to the underlying factor that I mentioned above.

She just has her priorities configured different way. Her priority is stability first. And love if it’s there will enrich that stability or love will follow.

Many emotional purists, such as the Aquarius man, really don’t get this about the Capricorn woman.

Are Capricorn and Libra a Recipe for Disaster?

Capricorn woman and Libra man compatibility can lead to disaster.

Seriously. It’s like being caught between the devil and the deep-blue sea. On the one hand, you find the Libra who finds it very hard to commit and once he commits, finds it’s very easy to “un-commit”.

On the other hand, you’ll find a very driven Capricorn woman who seems to be so driven that she is able to block people of and come off as superficial and materialistic.

If left at this level, it doesn’t take a genius to see that any relationship based on these personalities and directions will lead nowhere. However, the good news is that as we participate in life and as we live our life, our life changes us.

There are many quick changes to the Capricorn woman mindset and the Libra man mindset that may lead to lesser disaster or avoiding disaster outright.

A Recipe for Success

There are always two sides to a situation. The positive side of the Libra personality is that this person weighs pros and cons.

This person pays attention to the details. The positive side of the Capricorn woman is she has her values straight.

If you put these two factors together, this can be the foundation for a very mutually rewarding and mutually fulfilling relationship that the Libra man can get the push that he needs to achieve the success that he is capable of achieving in life.

The Capricorn woman, on the other hand, would know enough information and enough considerations in life so that she doesn’t have to worry about the future and try to fix that worry and anxiety about the future by gaining material things.