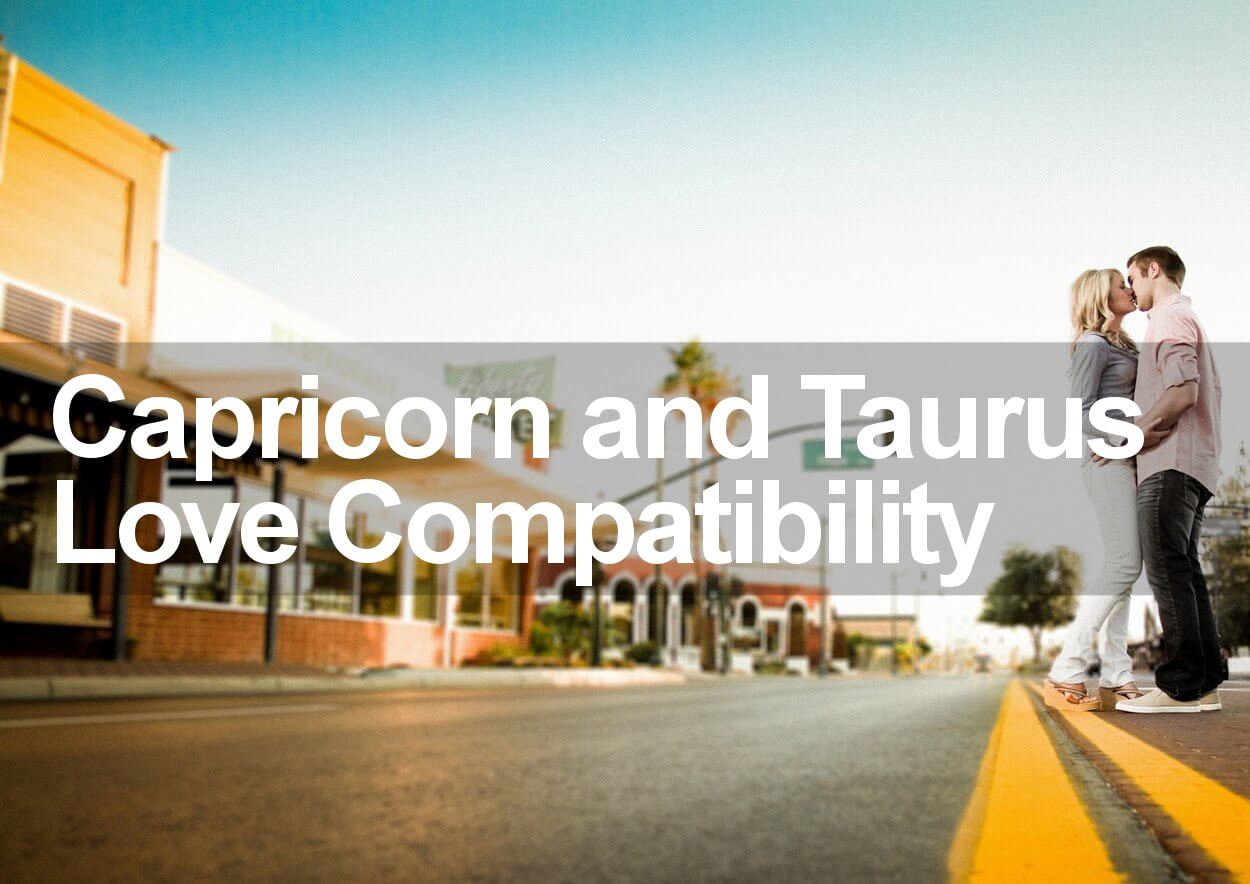 If there are any two horoscope signs that seem destined to hit it off, it would be the Capricorn and the Taurus.

This happens all the time. You should not be surprised. Things that seem to make sense in theory don’t really make all that much sense when it comes to practical reality.

However, there are differences regarding these signs and how they approach things. So while it may make sense theoretically, you would be surprised as to how incompatible they may turn out in real life.

One key feature that the Capricorn woman and Taurus man share when it comes to love compatibility is that they are solid earth signs. They are “of the earth” and they have a materialist slant to them.

What do I mean by materialist slant?

They look at life as a process where one accumulates possessions so one can have the comforts that a person needs, and one can gain some form of security.

A materialist person looks at money, a great job, and financial security as crucial for establishing bedrock of security that can support other aspects of life. We all have different aspects. We all have different needs. As we take care of our basic needs, like food, lovemaking, shelter, our needs change and we go on to a higher level of need.

The Capricorn is more than content to focus on the basic needs and equate that with higher needs. As you can probably already tell, if left undeveloped this can lead to all sorts of problems, just like I often see in relationships between Capricorn women and Libra men.

This negative cycle can also play out when it comes to Capricorn woman and Taurus man love compatibility.

A Capricorn Woman Has to Look Good for Her Taurus Man

He is a materialist and he wants people to look good. He wants to feel good around them, and like it or not, he feels better when you look great. Moreover, he feels better about himself and what he has accomplished in his life when you make him look good. The whole concept of a trophy wife definitely describes the Taurus man.

A Taurus Man Has to Bring Home the Bacon

A Capricorn woman is very good at pushing her man to be driven enough so that their family can enjoy the level of material abundance that the Capricorn woman feels that the family deserves.

This can rub undeveloped Taurus men the wrong way. It would be nice in the minds of Taurus men if the Capricorn woman just becomes the breadwinner of the relationship.

The Capricorn woman is not having any of that. It’s a big issue with her if she is making more money than you, because as a solid earth sign, she is focused on equating the material with the emotional.

If you are not making more money than her, then you look flawed in her mind.

You might be a good emotional provider; you might be very tender, gentle, and kind. That’s all well and good, but in her mind, that’s not enough. This is a crucial point to understand when discussing Capricorn woman and Taurus man love compatibility.

Don’t get me wrong. They can hit it off really well. They can be physically attracted to each other. Just like with any other type of attraction and relationship based on the horoscope, starting is not the problem. It’s maintaining the relationship that can be an issue.

If you are a Taurus man reading this, that Capricorn woman in your life might be the game changer in your life. That person might push you up and forward or just leave you. It’s your choice how you react and develop in such a relationship.