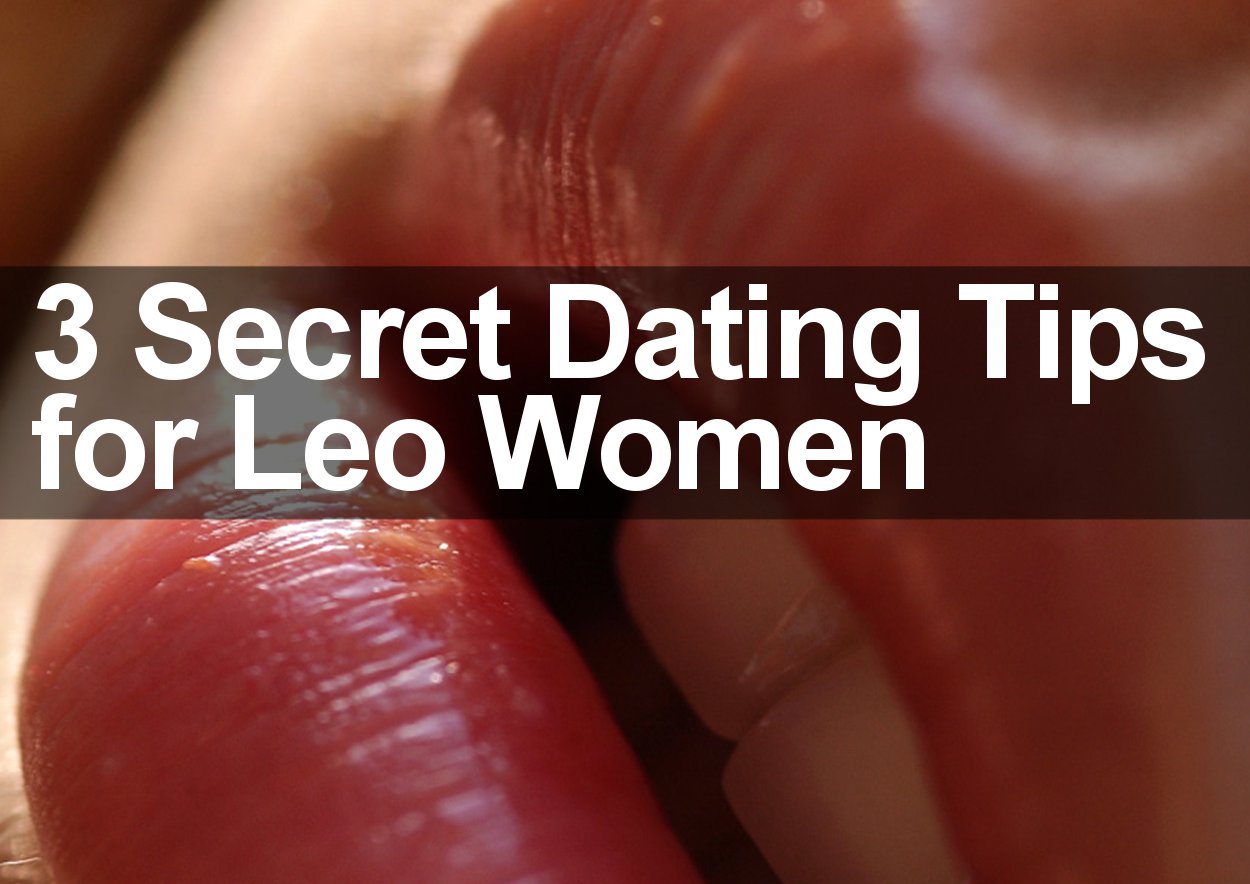 I’m talking about attracting ambitious guys who know what they want in life and are willing to put in the work and focus needed to make those dreams a reality.

What I’m trying to say is that the typical Leo woman can attract Mr. Right. The problem is, there are certain aspects of the classical Leo woman personality that can easily repel or turn off Mr. Right.

Worst of all, there are certain traits and threads to your personality that might turn Mr. Right into Mr. Wrong.

The good news regarding dating and the Leo woman is that everything is in your hand.

You’re in control. You call the shots. Your choices, your assumptions, and your expectations play a big role in how successful your dating life is.

The problem is when you doubt yourself the wrong way. You kind of look at yourself in terms of black and white.

A very common example of this in the Leo context is that you used to be very certain of things. Now, something happened and your faith in things got shaken up so much that you no longer have faith. In other words, it’s like a black and white switch; you turned 180 degrees.

If you choose to doubt yourself in the good way, which is basically leaving a lot of things open for new ideas, new facts, and new conclusions, then you are basically positioning yourself to go in the right direction.

The worst thing you can do is to close yourself off from new information and you end up doing what you were doing before.

Don’t expect any different results. Don’t expect that if you keep doing the same things again and again, your outcome will change.

Doing so means you’re crazy, because that is the classical definition of insanity/doing the same things again and again, and expecting a different result each time.

With all that said, here are three dating tips for today’s Leo woman:

Let the Spotlight Shine on Your Date

Why? They’re trying to impress you. They would rather give way to you now so you would like them. They think that by giving you some rope and some freedom in setting up and running the conversation, you would see them as a person that would become an equal partner in a relationship.

This can be a recipe for disaster. Why? You have an overwhelming tendency to hog the spotlight.

This can be a very serious problem if you give in to your natural tendency to hog the spotlight. Your date might feel crowded out.

At best, this guy might go along with you, but at the back of his mind, he has written you off. He just basically thinks that you’re just good for bed and not much else.

Why? When you hog the spotlight, you in no uncertain terms let him know that any kind of relationship that will come out of this date will be all about you. That is a red flag.

When guys feel that they would be crowded out, they often go into default mode, which is to basically focus on lovemaking. Unless you’re looking primarily for a physical relationship, this means you lose out.

Don’t Let Your Dates Become a One Man Show

In keeping with my previous piece of advice above, don’t let the date become a one man show. Put more accurately, a one woman show.

In other words, dating is a learning experience.

However, it’s very hard to learn when you’re always talking. To learn, you have to listen. This means that your dates have to be a two-way street.

You have to listen to him, understand him, appreciate him, give him feedback, and then you take your turn on the spotlight. It has to be a give and take.

When you hog the spotlight so much or when you crowd your date out, it’s basically a signal to him to either treat you very superficially, in other words to treat you simply as a bed partner, or to basically cut you off and just find somebody else that would provide him the emotional validation that he needs.

You have to remember that just as Leo people are starved for emotional validation, so are other horoscope signs.

It’s Okay to Be Vulnerable

This is why you really have to wrap your mind around this concept that I’m going to tell you. It may seem uncomfortable, it may seem like it’s leaving you defenseless, but nothing could be further from the truth.

You have to remember that vulnerability and weakness are two totally different things. When you are vulnerable, you basically tell the person that, “I’m a human being. I have a heart, I bleed, I feel things, I can sympathize.” When you show your weaknesses, it shows that you trust that person.

Now, compare that with being weak. It doesn’t even compare. It’s like black and white. They are two totally different things.

Never ever confuse vulnerability with weakness.