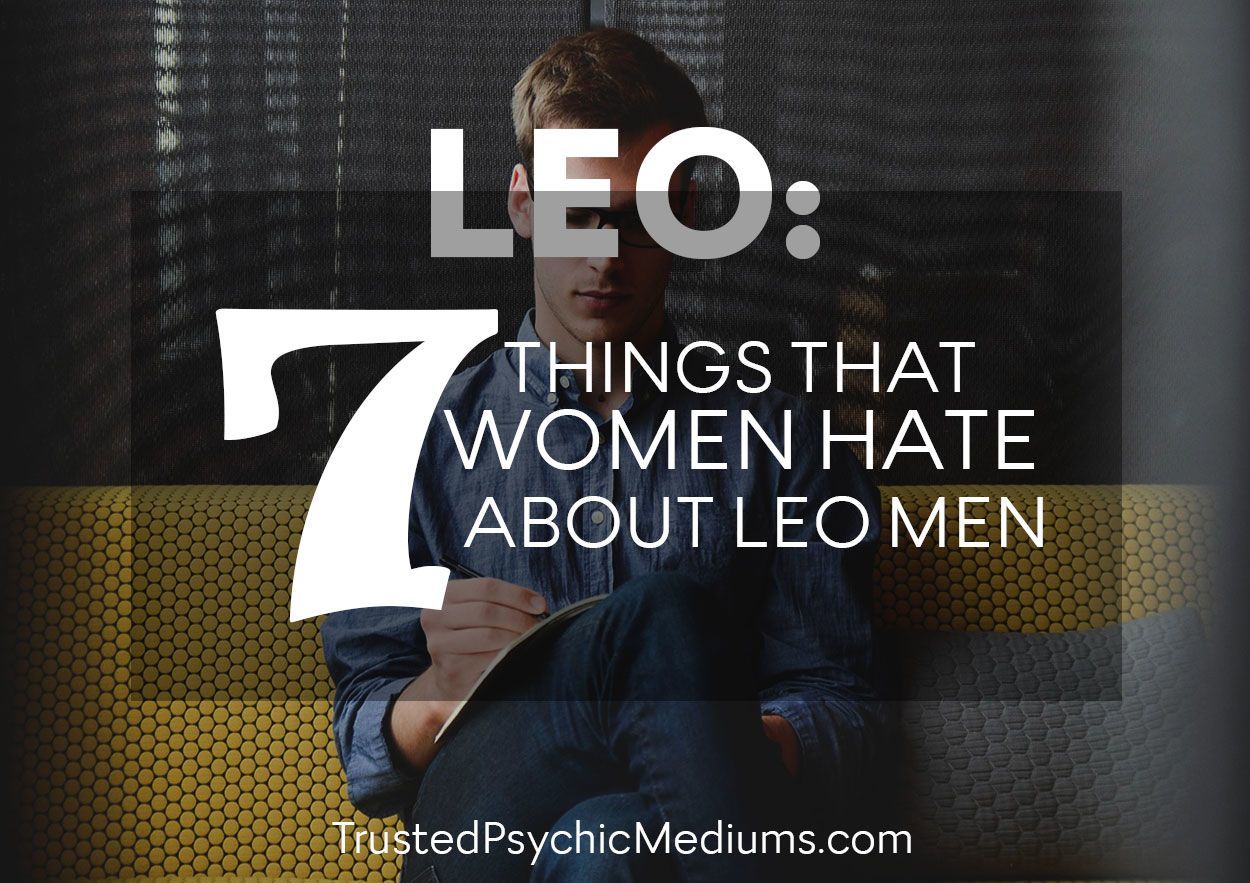 Leo men are very magnetic. Let us just get that out of the way right now.

It is very easy to understand where the charms of most Leo men come from.

You have to remember that most people are scared.

Unfortunately, when people behave this way, it is very easy to mistake them for sheep.

It is like you are in this vast world and there is a vast flock of sheep surrounding you. It can get quite maddening.

What will happen when somebody sticks out and grabs the credit, charges in, takes control and oozes self-confidence?

You know what will happen.

People will pay attention. People will be drawn to that person like moths to a flame.

That is precisely what happens with most Leo men. They take charge.

It is very hard to resist, at least in the beginning, the charms of a Leo man.

However, there is more to the story.

As much as there are a lot to admire in the typical Leo personality, there are also a lot of other things to think about. There is actually quite a bit that would repel people.

In the case of most Leo people, the old saying of familiarity breeds contempt definitely holds true. It seems that the more you know them, the more you want to hate them.

Here are seven things that women hate about Leo men.

They Think They Are All That

In fact, it is not a question of being shy about their confidence, but being too confident.

It is not uncommon for Leo men to look at the big picture, focus only on two facts and just charge in to any situation armed with only those two facts.

You may also find this interesting:  Leo Love Horoscope 2022

It does not take a rocket scientist to figure out that this is a sure recipe for disaster, yet Leo men do this over and over again.

It is already funny and somewhat tragic when they do this regarding their careers and social life.

It definitely can be a source of annoyance when they do this with their romantic lives. They jump to conclusions.

They think that if they are the first to arrive at some conclusion then they are right.

It does not work that way. You have to look at all the facts and then come up with a reasonable conclusion.

They do not do that.

They think that a lot of their pride and self-worth are tied up in them being decisive.

Nine times out of ten, they are decisive the wrong way. They just look at certain facts, make hasty conclusions and just charge in.

It is no surprise then that they fail again and again.

The reason for all this, of course, is a high degree of self-esteem. They think they know it all.

The problem is they do not. The reason why they feel that they have to engage in this behavior in the first place is because they have, in reality, low self-esteem.

They have a deep sense of inadequacy, so they try to compensate by being overly confident.

They Think They Have It All Figured Out

Another problem with Leo men is that they think that once they put two facts or even one fact together, that is all they need to make a decision.

They look at the big picture and they just focus on two pieces or one piece, and they think they have everything that is needed to take the right action.

Even a blind person can see that there is spectacularly wrong with this picture.

Unfortunately, Leo men are completely blind to it. They think that they have everything figured out by some sort of innate intelligence and intuition.

Regrettably, unlike other horoscope signs, the Leo intuition is actually very weak.

You may also find this interesting:  Leo Woman and Sagittarius Man Love Compatibility

The Leo intuition, unlike the Libra intuition for example, requires a lot of data.

Not surprisingly, Leos tend to make the same mistake over and over again.

Women tend to hate this about the Leo men because when they apply this mindset to the women in their lives, it often results in bad judgments.

It is bad enough that you have to judge, it is worse when you come to the wrong conclusion.

Conversations All Have to Lead to Them

It is very hard to talk to a Leo man. Why?

All roads of the conversation lead to one place. That is right.

It leads to them.

Leo men have only one god. Regardless of their religious affiliation, they really only worship one deity, and that deity is their ego.

Everything revolves around their ego.

The problem with having an ego is you have to constantly feed it. The worst part is it is extremely hungry and its hunger scales up with time.

It is no surprise then that Leo men have a tough time maturing because their ego stands in the way.

If you come across a fully developed and mature Leo man, it is because he has been able to overcome his ego.

Unfortunately, if you are in a relationship with a typical Leo man, his ego is going to put a lot of pressure in your relationship.

It seems that everything is about his ego, and nobody can blame you for getting tired.

They Try so Hard Because They are Compensating

As I mentioned earlier, Leo guys are often driven by a deep sense of inadequacy. They have this hole in their heart and they know it.

Not surprisingly, they do everything that they can do to fill that hole.

This hole and their ego are interconnected. The bigger their ego becomes, the greater the hole.

It is kind of like they are stuck in a downward spiral.

You may also find this interesting:  Venus in Leo

Unfortunately, a lot of women find themselves in that downward spiral and end up getting that sucked up into that hole. They are always compensating.

They often lie just to get that ego boost that they are looking for.

This, of course, can poison their relationships.

It Seems Like They are Always Trying to Prove Something

Leo men are always trying to prove something.

That is the bottom line.

Unfortunately, they are so eager to prove this to themselves that they end up poisoning their relationships, they end up looking like jerks, and they end up stepping on many toes.

Talk about a bad solution.

The key, of course, is to find a Leo man who has matured.

If you are in love with a Leo man, find a Leo man who has overcome his ego. This person no longer has to prove anything.

They are still a Leo, but they have overcome this particular drawback to the typical Leo personality.

They Love The Spotlight

If you read all the items above, this final point should be quite self-evident.

In fact, they love it so much that they are more than willing to grab credit from other people.

This is a serious problem because if you are in a work group and you take credit from everybody else and claim it as your own, you are making a lot of enemies.

It is not a surprise that many Leo men often wake up with knives in their back.

I am, of course, talking figuratively.