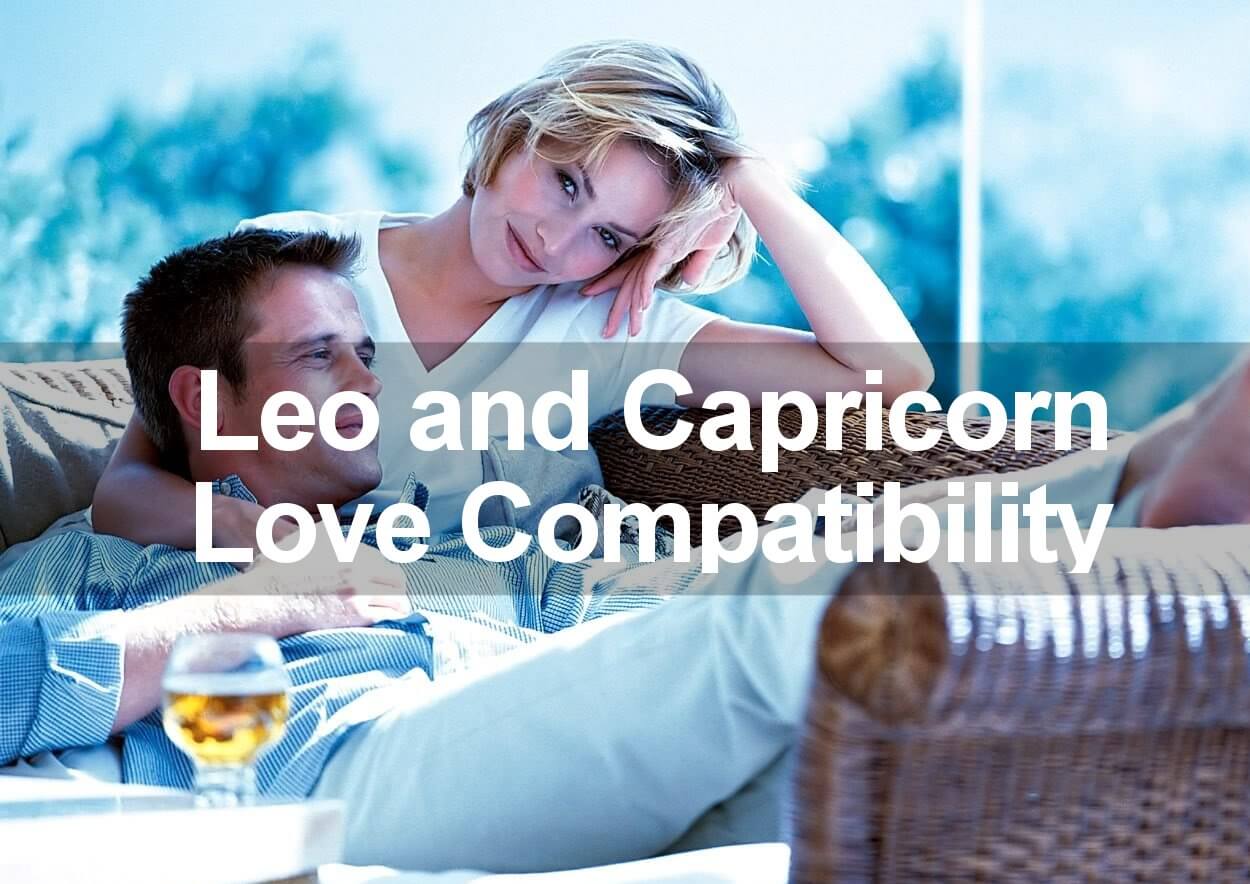 However, there’s a lot more to the picture than the surface. If you dig deeper, you can see that the Capricorn man can actually become very ambivalent. The reality is that Capricorn man actually comes in two flavors.

On the one hand, you have the classical Capricorn. This is the Capricorn that is primarily a goat. A goat is an earth sign. Goats are very material-driven, and Capricorns of this particular bent tend to be ambitious. They tend to do quite well when it comes to leadership, making money, and moving forward in the world.

They appreciate the decisiveness of Leo women. They don’t like beating around the bush, they don’t like to be left hanging, and they would rather see a situation for what it is and make the best of it. They have no problems moving on. That’s the Capricorn men.

Things get quite complicated and very interesting with the other kind or Capricorn. You have to understand that the Capricorn is actually a mythical creature that has the upper body of a goat, and the lower body of a fish.

Anything related to the water involves emotions and stability issues. This doesn’t necessarily mean that if you are born a Pisces, or any other water sign, then you are necessarily unstable. You just tend to look at the world differently.

You tend to navigate the world based on your feelings. While the fish Capricorn is still a Capricorn and has Capricorn tendencies, they tend to be very sensitive. There’s a lot of emotional interplay there. While the stereotypical Capricorn is often described as methodical, logical, and capable of cold, hard calculation, this is not necessarily the case with fish Capricorn.

In many cases the fish Capricorn is often led by his heart instead of his mind. This can lead to certain interesting variations when it comes to the Leo woman.

This is not a game of dominoes or a game who wears the pants. This is a game of balance.

If you put the Leo woman with a Capricorn man which tends to be more of a goat, then you would have no problems. This is the classical Leo woman and Capricorn man love compatibility match up for the ages. There’s no problem with that type of match up.

Things get a little bit more interesting when the Capricorn man is more of a fish. In this particular case, the Leo decisiveness might trigger Capricorn aloofness.

There’s a certain point where the Leo female partner might feel that her Capricorn male partner has kind of left her behind emotionally. He’s still there physically, but emotionally, the relationship seems stuck at a certain level.

Both Leo and Capricorn are Focused

The good news about Leo woman and Capricorn man love compatibility is that they can both focus. They can focus on what lies ahead, and on what they would like out of their relationship. They can be quite open regarding their expectations of each other.

You know you’re stuck in a rut in your relationship if it doesn’t seem like it’s growing. The good news is that the challenges will make your relationship grow. One key challenge to that is the interplay between Leo decisiveness and Capricorn aloofness.

Another challenge is the fact that both signs tend to commit too early. The reason for this is that the Leo woman often tends to get into situations way over her head.

She tends to overestimate her strength, power, and direction, and it’s not unusual for Leo woman to commit to a long-term engagement or contract without having looked at all different considerations and having weighed all the different facts. This is not exactly the recipe for making a great decision. Still, Leo women tend to make decisions this way.

To make matters worse, they tend to be stubborn. In other words, they try to just hang in there, give it everything they got, and try to make a wrong situation right. They have a tough time saying “I’m sorry,” or, “I am wrong.”

This can be a serious issue if they are stuck in a hole with their Capricorn partner, just like in relationships involving Leo and Scorpio signs.

This can lead to co-dependent relationships. This is a very interesting observation about Leo women and Capricorn men love compatibility.

It’s interesting because on the surface, you have two horoscope signs that seem to be very strong and seem to have their heads screwed on right. However, you need to look beneath the surface and get an understanding of the forces driving why people look the way they do.

In terms of stability and long-term prospects, Leo women and Capricorn men love compatibility is very promising. The problem is the Capricorn fish tail.

Even the most solid goat Capricorn men still have a fish tail. It comes up less than Capricorn men primarily fish, but it still comes up nonetheless. To maximize Leo women and Capricorn men love compatibility, Leo woman has to expect that the fish tail will come to the surface from time to time.

She has to be able to focus on potential emotional issues, so that the impact of the fish side of the Capricorn male partner wouldn’t throw the relationship off the track.

Make no mistake about it. Leo women and Capricorn men love compatibility has a lot going for it. It’s not like a powder keg or some sort of explosive situation involving a Gemini.

The changes in the Capricorn man personality are not as extreme as the Gemini personality. The big difference is that the Capricorn man with a strong fish essence is still a Capricorn. This person still has strong elements of that goat nature. This is not necessarily the case with a Gemini.

You think you know the person, until something happens and you’re looking at a completely different person. That’s how drastic it can be.

This is why of all other pairings, Leo women and Capricorn men love compatibility has a more than even chance of turning out well.