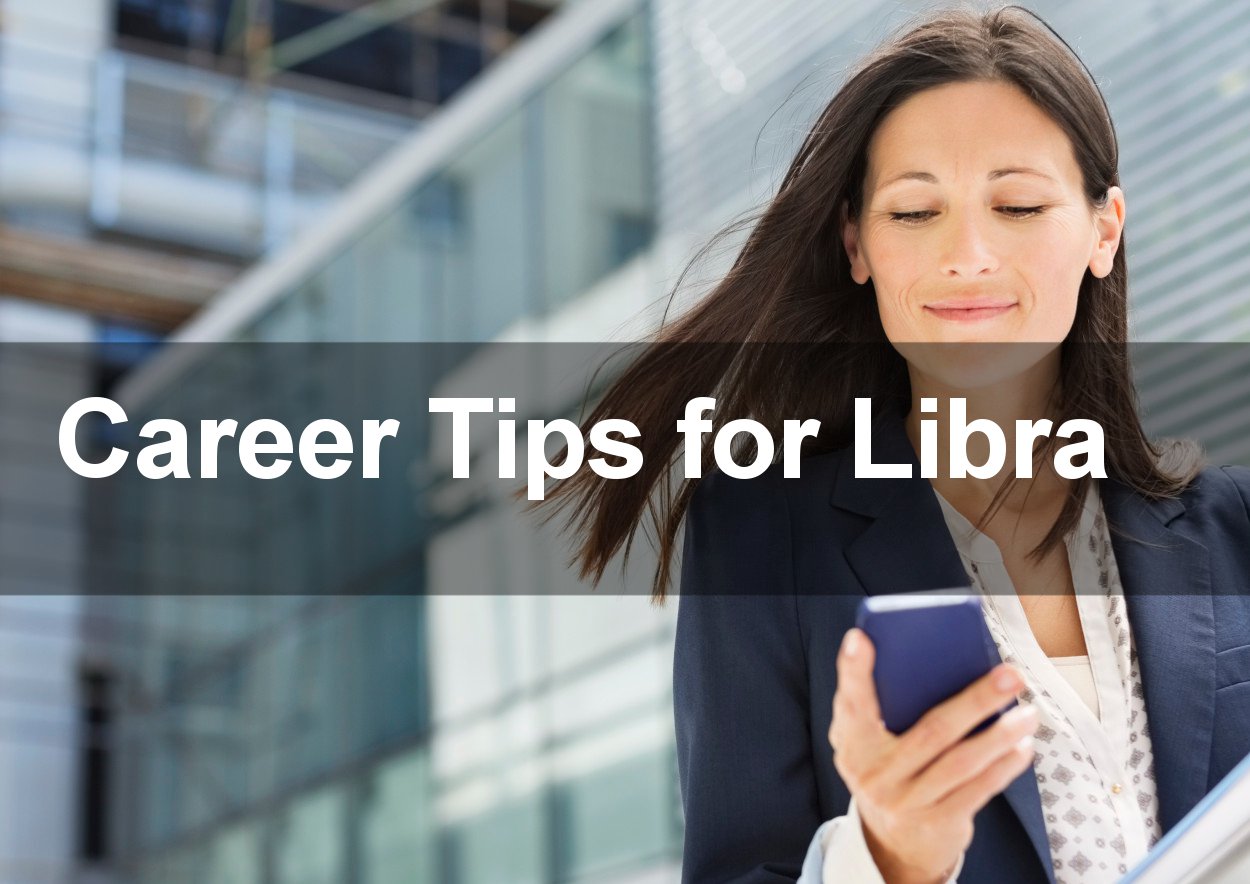 When it comes to career matters and career advancement, Libra signs really have the best of both worlds.

On the one hand, you’re very analytical. You don’t make move unless you have the data. On the other, you are very good with people. In fact, you can be thrown into most social situations and interact with different kinds of people from all walks of life and you would do quite well.

This combination might seem like it makes for a golden formula for maximum career advancement. However, you need to look past appearances. On paper, you have what it takes to truly excel in any career or in any field.

The problem is, you are your greatest enemy. There are certain trends and tendencies in your personality that end up sabotaging your prospects for career advancement. In many cases, many Libras find themselves stuck in middle management. In fact, many actually can’t get past lower level management.

The reality is that there are certain elements to the Libra personality that might produce positive results but at the same time, if taken to a certain level, actually hold them back from the career advancement that they otherwise deserve.

Your Analytical Side Can Help You

As I’ve mentioned earlier, Libras are very analytical. They like to weigh things. After all, the Libra is based on the sign of the scales.

With that said, this can also hold you back. There is such a thing called analysis paralysis. Basically you just keep going on and on looking for new information. You keep digging for new data before you make a decision.

Unfortunately, if you want to advance in your career, you have to become a decision maker. Companies promote people based on their ability to make the right decisions.

You must not only be right but you have to step up to the plate and take a swing.

The problem is most Libras are so preoccupied of being right that they eventually freeze in their tracks. They go into this holding pattern that they’re always looking out or waiting for additional information.

Unfortunately, the more information you get, the more paralyzed you become. You eventually find yourself in a situation where you can’t make a move regardless of how much data goes your way. This is not the definition of leadership.

Unfortunately, for the classical Libra, there’s not enough information, so you’d rather stay on the fence your fear of failure basically freezes you and paralyzes you in making a decision. This can be disastrous to your career.

Know When to Stop Analyzing

There is a stage where you have enough information that you can make an informed decision. This doesn’t necessarily mean that the decision will be absolutely correct.

Don’t let your fear get the best of you.

A lot of this paralysis can actually be traced back to the misconception among many Libras that if they are analyzing, they’re actually taking action.

I’m sorry to break it you, but simply thinking about a problem or analyzing a problem isn’t the same as taking action on that problem. Real leadership, real management is all about taking action. In other words, it’s all about real results.

An analysis isn’t really a result. It’s really all about sucking up time, energy, and resources to compile or process data. While this is good at a certain level, at a certain level you have to also take action.

The world rewards action. It doesn’t reward intention. You might have all the best intention in the world but if your life doesn’t produce a certain amount of results that the world is expecting, guess what, you won’t get the rewards that you would like.

More data isn’t necessarily going to help. Collecting information over and over is really not going to make all that much of a difference if it’s the same kind of information.

Don’t Be Afraid To Be Wrong

The core of the Libra personality that really gets in the way of the typical Libra reaching the heights of his career is the fear of being wrong. The reality is that we are surrounded by failure. Life really is a series of failure after failure. Failures are a part of life.

There’s always a plan B.

What’s important is that you actually take the shot.

As Wayne Gretzky has said, “You miss 100% of the shots you never take.” In other words, what separates truly great companies from mediocre companies is not so much the right decisions that the leaders in those companies made but how often and how decisively they chose to take advantage of opportunities.

In many cases, industries live or die based on how decisively leaders take advantage of opportunities.

It took Microsoft until Windows 3.1 to really hit the ball out of the park.

The same goes with Apple computers. The Apple 2 might have been a success and the Mac may have been revolutionary, but there was a long period where Apple was in the wilderness as far as technological leadership is involved.

It took Apple’s innovation of the iPod, the iPhone, and the iPad to truly dominate that market.

What I’m saying is that you shouldn’t be afraid to be wrong.

1 reply on “Career Tips for Libra”

Everything I have been looking for in this article has finally been written for me! I have to say this is so damn true, I have been paralyzed by over thinking, taking no action and constantly fearing being wrong or looking like a fool. I have never had the balls to just get up and do it. I have been stuck my whole life because I haven’t taken action and just sat around thinking, hoping my life goals would just be achieved by sitting around thinking. I have to thank you for this article, it’s filled with Libra facts and relates to my life the way it’s been for a long time.

Thank you for this inspiring and insightful article.