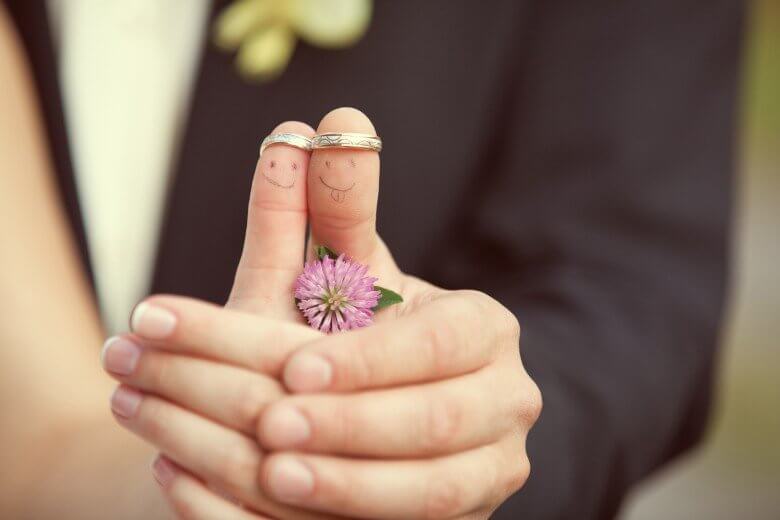 If you are a Libra looking to get married or you are of another horoscope sign and hoping to marry a Libra, you should know that there are issues when it comes to Libra and marriage.

I’m not saying that it’s impossible for Libra to get married – Libra men and women get married all the time – that’s not the issue.

The issue with Libra and marriage is whether the person is really ready to get married.

It doesn’t take much to figure out that one of the biggest challenges that Libra faces is to make a decision and get off the fence.

This is especially true when it comes to Libra and matters of marriage in the coming year.

In my experience Libra has a tough time making a decision.

They are represented by the scale and the qualities of the scale are really ingrained in the Libra character.

One of the most debilitating aspects of the Libra personality is that they can’t seem to make up their mind. While a lot of Libras like to think that they are great at weighing decisions and reasoning things out, this is just an illusion.

While there are some Libras that can attain this level, a lot of Libras actually go on auto-pilot when it comes to weighing things up.

They focus so much on the process of making a decision that they never get around to making an actual decision.

The phrase for this is analysis paralysis – the sad news is, a lot of Libra men and women suffer from this.

You need to keep this in mind when thinking about the Libra in the context of marriage.

With that said, there are four signs of the horoscope that match-up very well with the Libra in marriage. Of course, the whole concept of the “best” changes from person to person; so bear this in mind as you consider this special report.

Suffice to say, we can all agree that the best should include happily married. Well, the problem with this definition is that happiness is often temporary. It takes work to be truly happy because at a certain stage, you outgrow happiness and you focus on fulfilment and contentment.

When you focus on these two things, you’re not chasing after this constant state of happiness, instead, you’re focusing mostly on completion, contentment and satisfaction.

You need to keep this in mind when you are trying to determine the best matches for Libra in marriage.

Of course, you shouldn’t overdo it and you shouldn’t go overboard, otherwise, you’d go back into your typical pattern of analysis paralysis.

Keep the following matches in mind. They are from the perspective of satisfaction and fulfilment when it comes to the best matches for Libra in marriage.

Libra and Sagittarius in Marriage

However, the Sagittarius makes choices much faster than the Libra. Due to their similar, adaptable and sociable natures, the Sagittarius and the Libra can get along quite well in marriage relationships. They don’t step on each other’s toes and they are similar enough that they can encourage each other.

Marriages involving a pair of Libra signs are actually very positive. The great thing about Libra is that they tend to take the other extreme when they are matched with another Libra.

As mentioned above, one of the most extreme manifestations of Libra character is a person who cannot make a decision. This is a person who has a fear of commitment. On the other extreme is a Libra that is so committed that the person is imbalanced.

When you put these two extremes together, they can actually produce something positive. They can produce equilibrium. Given enough time and maturity, this can actually blossom and there would be something that is mutually fulfilling; and most importantly, it leads to higher levels of a mental, emotional, financial and spiritual growth for both partners.

A Marriage between Taurus and Libra

The Taurus is a great match for the Libra if the Libra is content playing a supporting role. The Taurus likes to take charge and likes to move forward.

The Libra is good with superficiality and is good with getting along. Depending on how ambitious the Taurus partner is, the Libra can get give guidance so that the Taurus can make the right choices. In terms of material and financial security, this can be a great match. Is Aries a Good Match for Libra in Marriage?

The Aries is another sign that is all about moving forward. Unlike the Taurus that has a lot of strength and willpower, Aries is gruffer.

As long as the relationship moves forward, and delivers results that both are happy with, they can balance each other out. They can complement each other instead of constantly grating against each other.

My Final Thoughts on Libra and Marriage

These are the main signs which are best matched to Libra in marriage in 2014. These are the signs that are the best for the Libra when it comes to satisfaction and fulfilment; but, the truth of the matter is that all aspects and all houses of the horoscope can get along with each other.

Fully matured houses of the horoscope actually get along quite well with all other signs. While it is true that certain signs at least in the beginning tend to have a lot of conflict, but given enough maturity, all of them can get along with each other.

It just takes a lot of time, effort, energy and understanding for both parties in the relationship to mature – that is the real secret of Libra marriage compatibility.

1 reply on “Four Best Matches for Libra in Marriage”

Libra lady here. Engaged to an Aries man and about to be married this year. My betrothed and I have a serious case of being total opposites and then some. So far as marriage goes though. This’ll be my first marriage. He’s been married before. I was hesitant. He was all in. It was his persistent idea to get married but I was the one who actually proposed (I beat him to the punch). And this has worked for us. I love him. There is always passion and sincerity.