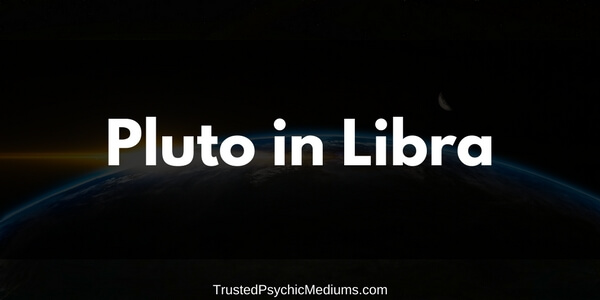 Pluto was in Libra between the years of 1971 and 1984. Finally, after almost a century of war, depression, crime, and more war, this period saw a return to prosperity. This was a time when the national spirit was lifted, peace was regained, and the people born under this time grew up in a much calmer, better-adjusted culture. The people who lived during this time could focus on things besides practical daily survival, and it became a significant time for creative and artistic spirits to bloom.

Libra, the scales, are the symbol of balance, and this was a period in which political powers strove to find balance and common ground – everyone had seemingly gotten a bit tired of being constantly at war. However, remember that the balance that a set of scales finds is always going to be uneasy, and quickly lost if even a hair is added to one side or the other.

People born during this period are known as “Generation X,” and became known as they grew up for being highly socially conscious, obsessed with romantic relationships, and making conscious efforts to cut themselves off from previous generations, just as the hipsters and hippies of the previous generation had. However, Gen X had technology on their side, and cut themselves off in a far more extreme way than they previously had.

People who were born while Pluto was in Libra were more focused on their interpersonal relationships than any generation that came before them. If you were born during this time, you are probably highly sociable, and take your relationships of all sorts very seriously.

This was also the first generation that came to use new technologies like computers in their daily lives, rather than just in scientific contexts. This allowed the naturally social Libras to become even more connected, and a figurative (as well as literal) “web” appeared, connecting people all around the world by interest, as people born in this time grew up.

Women born while Pluto was in Libra were among the first women to decide, en masse, that they wanted to seek personal happiness outside of romantic relationships… and yet, at the same time, this became a generation notorious for their obsessions with relationships.

If you are a woman born during this time, you probably have a certain degree of mixed feelings about your relationships – you crave independence, yet at the same time, you seek out romance with a lot of interest and enthusiasm.

As Libras always seek out balance, you must find a balance between your care for yourself and your relationships with others. It is possible to find this balance, but it’s not always easy to decide how much attention you should give to each thing.

The exact levels are something that you will have to decide for yourself. However, women with Pluto in Libra can probably make some choices about how much time they dedicate to self-development versus development of relationships based on the other signs that appear in their horoscopes.

If you have a high proportion of extroverted signs in your horoscope (Aries, Gemini, Leo, Libra, Sagittarius, and Aquarius), then you should dedicate more of your energy to finding a partner and developing strong a strong relationship with them. If you are more characterized by introverted signs (Taurus, Cancer, Virgo, Scorpio, Capricorn, and Pisces), then you should focus more on self-development and finding contentment with yourself as an individual first.

It is important that women born when Pluto was in Libra learn how to develop an identity for themselves outside of their social interactions. Libra is a highly sociable sign, and the prevalence of social media for people born during this time (and the periods directly after it) have made it easy to link your self-worth to what other people think of you.

Women born when Pluto was in Libra need to learn how to strike a healthy balance between building relationships with others and building their own self-esteem and innate sense of self-worth without relying on others for validation.

Men born while Pluto is in Libra have many of the same characteristics as women born under Libra – this was a time period in which gender divides became less and less pronounced, and people of all genders came to have increasingly similar experiences of the world.

This is unsurprising, since Libra is a very emotionally sensitive sign! For the past several phases of Pluto, extremely strict gender roles have prevented men from fully exploring their emotions. While Pluto was in Virgo, the negative aspects of that way of seeing the world became apparent, so now, as Pluto passed into Libra, men became increasingly willing to explore parts of their lives that would be considered “feminine.”

Men born while Pluto is in Libra are generally open and willing to see themselves in a more “feminine” light than their fathers and grandfathers, which also means coming to appreciate romance and take it more seriously than men did in the past.

At the same time, men born during this time tend to be much more interested in finding fulfilling careers, which can be very time-consuming compared to going into a traditional career as their forefathers may have. Like women, they must find the right balance between dedicating time to themselves and dedicating time to their relationships.

However, this is, of course, only a loose guideline, and everyone will find different levels of fulfillment when dedicating different levels of time to the various fields of their life! What is important is that you find the right balance for your personal goals and lifestyle.

Pluto in Libra In Love

Romance is an extremely important and central part of the lives of people born when Pluto was in Libra. You highly value a relationship that connects you and your partner on all levels – emotionally, intellectually, and physically.

Many Libras spend a lot of time thinking about their relationships, and analyzing the various dimensions of their interactions with others. The cerebral nature of Libra comes through here, leading to people taking their relationships very seriously on an intellectual level.

It can become very easy for a person born with Pluto in Libra to overanalyze their relationships so much that they have difficulty connection with them in a genuine emotional way. Paradoxically, many Libras feel so strongly about their emotional relationships that they separate themselves emotionally from them. It may seem strange, but only to people who weren’t born under this sign!

When someone born under this sign does enter a relationship that they feel strongly about and are committed to, they will not let go. Libra can be an extremely tenacious sign, especially when Aries or Taurus also appears in an individual’s chart. When coupled with the emotional intensity of Pluto, it can border on being a dangerous combination.

Fortunately, because the majority of people end up in relationships with people who are in the same Pluto sign as them, it is not too likely that you will run into someone who will cause you problems here. You may want to be more careful if you enter a relationship with someone who was born while Pluto was in Virgo or Scorpio – especially Scorpio, since that is one of the most emotionally intense signs of the entire zodiac.

In a relationship, you should always seek balance and ensure that you are not becoming too possessive of or too distant from your partner. The balance is difficult to strike and will be constantly changing, but it is possible to find a good middle ground.

Also, always remember that you should not allow your relationship to consume your entire being, no matter how strongly you feel about it. This is a risk many Libras run, and it will only end in tears.

Dates for Pluto in Libra

Pluto entered Libra in 1971, and exited it again thirteen years later, in 1984 – incidentally, the year that George Orwell used as the year that his dystopian science fiction novel was set. Whether he knew that 1984 was the year that the relative peace and calm of Libra would end is debatable, but it’s certainly a coincidence!

This period was one in which the world was seeing huge changes, and people who were born and grew up during this time could not help but be affected by them. They saw increased globalization, and the struggle to find peace between warring nations. These political events influenced their values as they grew up, even to this day.

People born under this sign should think about how Libra relates to the sign that Pluto is currently in (which is currently Capricorn, until 2024). Libra and Capricorn generally find a lot of points of connection in their values, intellect, and trust, but while Libra is highly emotional, Capricorn shuns most emotional decisions.

People born under Pluto in Libra may feel like they are being emotionally devalued at the present time. Rest assured that the tide will change: in 2024, Pluto will move into Aquarius, which is a sign that is much more aligned with Libra in an emotional and psychic way!

Within these years, while Pluto is still in Capricorn, look for dates where more emotional signs are at play in the heavens. These are the dates that are best suited for you to make major life decisions on. These dates might include the dates when the Sun is in Libra each year, from September 23rd to October 22nd. You might also look for the days of each month when the Moon is in Libra, or consider taking advantage of the Sun when it is in Cancer, from June 21st to July 22nd.

Since people born with Pluto in Libra are generally very interested in emotional and psychic phenomena, this is a sign that is very likely to seek out information about their astrological sign – so, to all you Plutonian Libras out there, I hope that the information in this article was helpful!

The events happening in the world during the period in which you were born have undoubtedly shaped the way you interact with the world. Libra is a sign that is quite receptive to what is going on around them, so you will pick up on what is happening to an even greater extent than some other signs, like Aries or Capricorn – although, of course, these signs are also deeply connected to the zeitgeist of their times when Pluto appears in them.

If you were born while Pluto was in Libra, please inform us about whether your experience seems to line up well with what I’ve described here! Remember, since Pluto stays in each sign for so long, the characteristics of Pluto’s sign describe the general history and spirit of a time more than the individual feelings of every person who lived in it… so even if you personally do not feel like you are very similar to the “Pluto in Libra” personality described above, did you perhaps perceive it in many people around you?

Pluto will not re-enter Libra for hundreds of years, so at this time, it is very difficult to accurately predict what might happen when this planet and sign meet again. Also, since the last time was so recent, we do not have the benefit of hindsight to tell us everything about what was important at this time.

For this reason, it is especially important that Plutonian Libras share their experiences, so we can learn more about how Pluto and Libra interact in both history and in people’s personal lives!