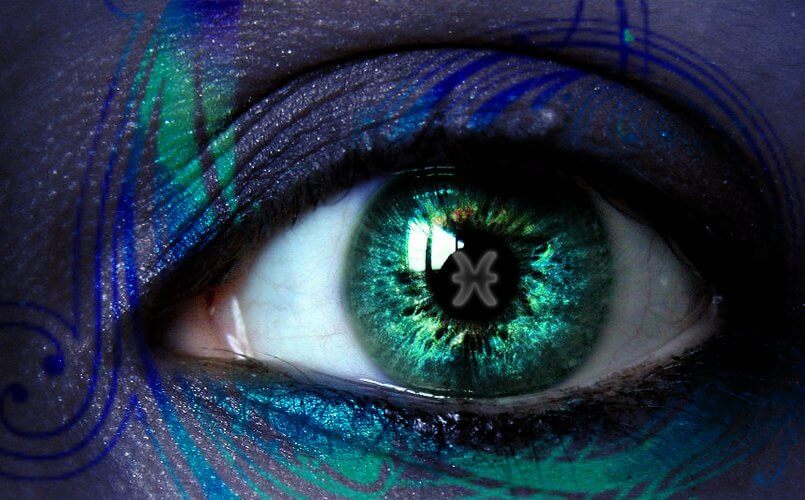 Pisces traits are reviewed and analysed in this special personality profile. This report applies to anyone born February 19 – March 20, as they will be born under the sign of Pisces the fish.

Let us begin with an overview of the main Pisces traits.

One of the most common Pisces traits is that of acceptance.

As a true water sign Pisces tends to “go with the flow” and will often accept people, situations or events for what they are. This personality trait of acceptance means that it is extremely rare for a Pisces personality type to get angry or frustrated.

Of course we are all human and we all have emotions that lead us to become angry at times and Pisces is no different. However, in my experience of analysing Pisces traits I find that it takes a lot to make these people become angry.

This sense of calm acceptance of the world around them is perhaps one of the most positive of all Pisces traits. It means that whilst others lose their cool and become angry, Pisces can evaluate the situation and make a proper judgement.

This calm and collected nature is a key to understanding Pisces personality traits.

Another key Pisces trait that all Pisces signs share is loyalty.

Pisces is perhaps one of the most loyal of all the signs of the Zodiac. This applies to friendships, relationships, romance or even marriage. If you are looking for someone who has loyalty built into their DNA then Pisces is the person for you.

In my experience this Pisces trait is one of the most admired aspects of the Pisces sign. Unlike other signs (such as Scorpio or Virgo) Pisces signs find it easy to show extreme loyalty to people in their lives.

Pisces signs understand that loyalty is the foundation of all relationships in life and without loyalty things in life tend to go badly. This Pisces trait is common to men and women born under Pisces.

If you are looking for a sign of the Zodiac to confide in with your deepest and most personal secrets then Pisces can be an ideal person to share with. You can be certain that their sense of loyalty will stop them from ever sharing your secrets.

This personality trait makes Pisces a popular and trusted person for friendships and long term relationships.

Looking specifically at the Pisces female traits there are two characteristics that dominate the female Pisces sign.

The first main trait of the Pisces woman is compassion.

Pisces women tend to take the weight of the world on their shoulders simply because they care so much. This can lead other people around them to accuse Pisces women of being worriers or always stressed.

This is unfair on the Pisces woman because she cannot help it. Pisces women tend to be deeply affected by the emotions of others around them. Pisces traits mean that the Pisces woman cares deeply about her close friends and family and it means that when they are unhappy, the Pisces woman will want to help.

Caring about others is no bad thing unless it is taken to the extreme. Sometimes Pisces women care so deeply about things that they will get accused of meddling in things that do not concern them.

It might seem like the Pisces woman is interfering but this is wrong. The personality type and traits of Pisces mean that they want to help make the situation better.

Take my advice if you know a Pisces woman and do not be so quick to judge her. In my experience Pisces women are only trying to help.

The second main trait of Pisces women is being over sensitive. This is understandable given that sometimes they are wrongly accused of interfering in things but with Pisces women it tends to go a little deeper than that.

Pisces traits are all about balance. If a Pisces woman feels that something is wrong she will want to make it right just to achieve balance.

The problem with this is that it can leave Pisces feeling highly sensitive. It can leave them open to criticism and sometimes they can even feel that people are turning against them.

This negative Pisces trait, found most commonly amongst Pisces women personality types, is always lurking under the surface.

No matter how good things are going and no matter how happy everyone seems, deep down a Pisces woman will always be analysing the situation. Every word will often be analysed to check for a hidden meaning.

This can really become tiresome for the Pisces woman and also for those closest to her.

My advice to deal with this annoying Pisces trait is to take a step back from the situation.

If you are a Pisces woman – learn to relax. Not everyone around you has a hidden agenda. Not everyone is out to get you. Learn to relax and accept that sometimes good things do happen to good people. If you can do this there is a strong chance that Pisces will find love in the months ahead.

If you have a Pisces woman in your life – take more care with what you say. Pisces traits mean that everything you say will be analysed so just accept that. Once the Pisces in your life learns to trust you they will stop analysing you so much and things will improve.

The main traits for Pisces men mean that they are more likely to be interested in what they can get out of a situation. These personality traits will often lead others to accuse the Pisces man of being “lazy” or “withdrawn”.

These are strong words to use to describe the Pisces man so let me explain.

Pisces traits for men can be said to be lazy because they do not put in effort to make things right. I do not mean lazy in the sense that he will not do chores or does not work. No, I am talking about emotional laziness.

There is a big difference and it is a key trait of the Pisces man.

Emotional laziness can be seen when a Pisces man feels that no matter how hard he tries things will never get any better.

He may have tried to engage emotionally in the past and been rejected or had his feelings hurt. This will mean that he is most unlikely to want to expose himself to get hurt again, so he will retreat.

This leads people to accuse the Pisces man of being “emotionally lazy”.

My advice when dealing with this Pisces trait is to reassure your Pisces man. Make him believe that it is safe for him to commit. Make him feel that you want to hear what he has to say and that his opinion counts.

If you can do this you can overcome this personality trait and really make your Pisces man open up.   This is a common problem that Pisces and Scorpio couples often face in relationships so take my advice and learn to communicate openly.

My Final Thoughts on Pisces Traits and Characteristics Pisces traits and characteristics are complex and challenging. I believe that men and women born under this sign are deeply fascinating characters who demand that we give them extra attention.

It means that often they are misunderstood and when people do not consider the main Pisces traits, things can end badly for both people.

This applies to friendships, relationships and even marriages that involve a Pisces sign.

My advice to properly understand the main Pisces traits is to take time. Take time to speak to the Pisces in your life. Take time to think about what they might be feeling, deep down, below the surface.