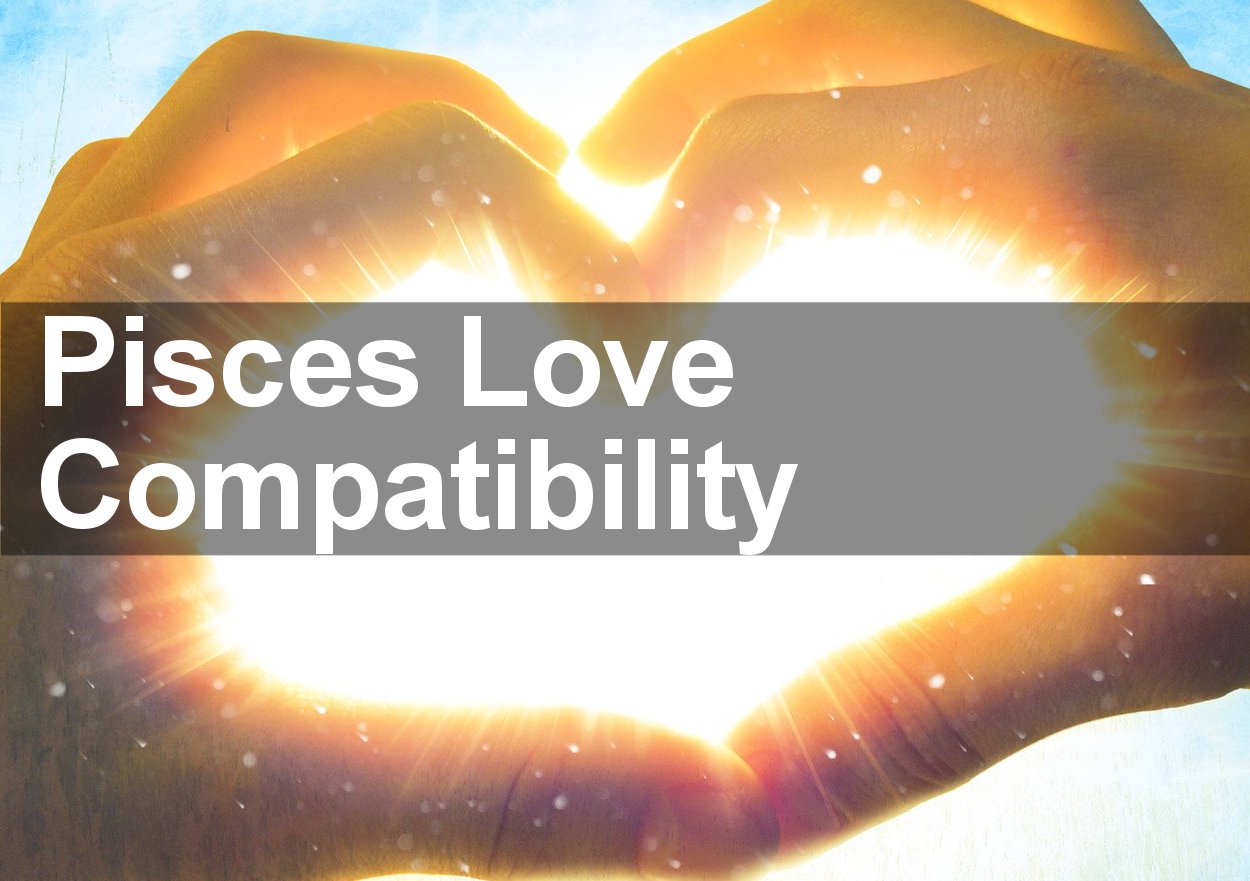 When it comes to love compatibility between horoscope signs, there is always a good sign when both astrological signs share a lot in common. For example, pairing up a Pisces woman with a Pisces man can lead to a lot of compatibility because they are both similar signs. So good so far, right?

Well, just like with other things in life, things that may seem to make a lot of sense on paper sometimes do not pan out in the hustle and bustle of the real world. The real world can throw a curve ball at you.

Things that may seem to make a lot of logical sense might not make much sense at all when it comes to realistic considerations. Keep this in mind when it comes to Pisces woman and Pisces man love compatibility.

Does this mean that Pisces woman and Pisces man love compatibility is impossible? Absolutely not.

Does this mean that Pisces woman and Pisces man love compatibility has a lot going for it? Yes.

However, as I have mentioned earlier, we need to be realistic. Keep the following factors in mind.

Pisces is a water sign. This means that they are people driven by emotions. However, they respond to the tug of emotions very differently. The Pisces woman and the Pisces man are emotional in different ways.

Well, a typical matured or polished earth sign is very goal oriented, very driven, very logical, rational, in many cases, a lot of people would think that the earth sign is all business and no emotion. A Pisces woman can give that impression. She might look like she is all about business. However, she is very squishy inside.

The reality is that, every little criticism, every little negative word, or even ambiguous word affects her. She, in many cases, hurt very easily, but she does not let other people on to how she is really feeling. She is kind of living this emotional double life.

As you can probably understand, this takes a lot of effort; this can be very frustrating and very tiring for both the Pisces woman and her love partner.

Pisces men, on the other hand, are all about emotional authenticity. They can go into any room and then map out the room based on the emotions of the people are in that room. They know how to interact with people because they communicate primarily with emotional signals. This is also what makes the match between Pisces and Virgo work so well.

They give the impression that they understand people on an emotional level. This does not automatically mean that people would look at them as romantic partners. However, what this does mean is that, people have open hearts when they are around.

They are very easy to get along with. Maybe not as easy as Sagittarius, but pretty close. This is a great thing for the Pisces woman, because while the Pisces woman is busy projecting the impression that she is somebody totally different, Pisces guy is keeping it real.

This is a key component of Pisces woman and Pisces man love compatibility. When it comes to doing the emotional heavy lifting in the relationship, the Pisces man has to make the move, the advantage is his.

You Work With the Same Emotional Vocabulary

The reality is that, for a Pisces woman and Pisces man love compatibility to really increase with time, both have to share the same emotional vocabulary.

The reality is that, both have the same emotional needs, but they just choose to talk about those needs in very different ways. The Pisces woman’s main way of dealing with her emotional issues and challenges, is to basically project something different. If she is feeling weak, she projects strength.

If she is feeling that her life is out of control, she projects being in control. Do you get the picture? The Pisces man, on the other hand, tends to lean towards emotional authenticity. In other words, he like to live his life with a very simple credo of what you see is what you get.

Pushing Each Other To Become More Polished

The good news is that, whatever challenges you, can help you change. In other words, if you are trying to change your situation, because you are not happy with the results that you are getting, you have to embrace the challenges in your life.

In many cases, things that annoy you, things that hurt you, things that make you doubt yourself are precisely the kinds of things that will strip away the false impressions, bad attitudes and unhelpful expectations that really keep you back from living your life at the highest levels of achievement.

This is especially true when it comes to relationships. One key element of Pisces woman and Pisces man love compatibility is for both partners to push each other.

Pushing can be rough, but a little push here and there can lead to a challenge that can lead to positive changes. One key element to the Pisces woman making real progress in her emotional development is the Pisces man’s focus on emotional authenticity.

This is the key gift that he brings to the table. In many cases, the secret to Pisces woman and Pisces man love compatibility focuses on the Pisces ability for emotional authenticity