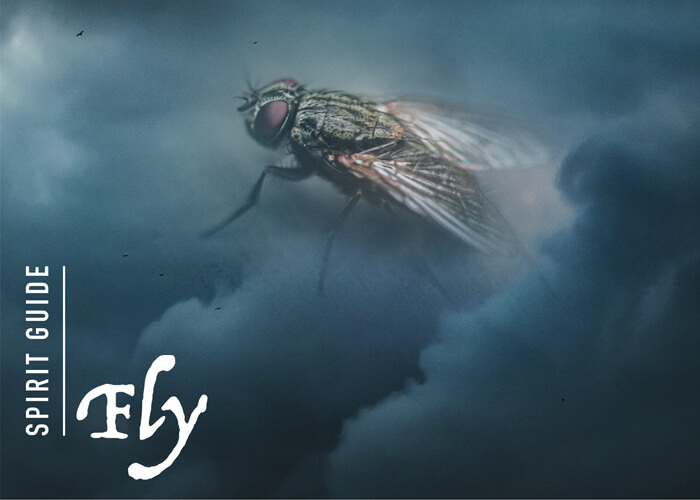 For something so light and tiny, the fly spirit animal holds so much meaning and provides so many intuitive insights about life.

This is because the fly symbolism shows many great ways to understand the world and discover your purpose.

The fly is a very potent insect that’s worthy of your respect. It’s usually looked down upon because it’s associated with all things dirty, rotten, and gross.

But the fly is one tough survivor and plays a vital role in the cycle of life.

It’s one of the most common insects in the world because it can survive even the harshest living conditions but still manage to feed, grow, and breed!

At times a fly can come out of nowhere and land comfortably on you. This is what happened to Mike Pence during a debate for example. While many might believe this is a coincidence there can be a deeper meaning and even a message in an event, to some, so small. If you believe that the fly didn’t land on Mike Pence by accident it might be universal energies speaking to you.

When the fly spirit animal makes its way into your life, this usually serves as a warning that there’s danger lurking somewhere.

It means to catch your attention when you are spending too much of your time with someone or on something that has a destructive influence.

The fly meaning brings to focus to anything that’s causing harm to your life, whether of your own choosing or not. An example of this is giving in to societal pressures and indifference.

Just like the cricket spirit animal, the meaning of the fly also speaks about hate, spite, malice, or blame. It buzzes to be heard and flies overhead annoyingly until you are forced to swat or kill it with anything you can get your hands on.

The fly totem has also been known to represent lies, gossip, excuses, and anything that’s dirty or impure.

However, before you dismiss the fly as nothing but bad and undesirable, the fly symbolism also speaks about cures for sicknesses (just like the deer symbolism).

The meaning of the fly also serves as a reminder that you reap what you sow.

What you put out there to the world will come back to you a hundredfold, so make sure that your actions, thoughts, and words come from a place of love and goodness.

The fly spirit animal symbolizes abundance and prosperity during times of adversity.

It sends the message that by being persistent, consistent, and determined even in the face of tragedy will result to victory.

The fly signifies encouragement, because it does a very excellent job of goading you with its presence until you surrender to what it wants and let you be.

It will always fasten on you, arouse you, reproach you, or persuade you, and will not be satisfied until you get on your feet and achieve what you set out to achieve.

If Your Spirit Animal is the Fly, read this carefully…

Your fly spirit animal is urging you to be ready to adapt to your current situation because there is prosperity and abundance soon to come. Keep your head up for better days are headed your way!

You can also expect something within you to change, and you will be experiencing a rebirth or a sense of newness in your life.

You think you don’t need it, but once you have it, you’ll wonder how you even managed to survive in the past without it.

The meaning of the fly also encourages you to deal with your issues, whether you like it or not.

Like the fly that transforms and adapts to even the harshest environments, you are being called to turn what seems like waste into something valuable.

If the Fly is your Animal Totem, Never do this…

The fly symbolism does not believe in keeping yourself boxed in. You must allow yourself to respond and decide spontaneously to certain situations, no matter how hard.

Never give up on your dreams, because staying persistent to your goals is the surest way for you to achieve them.

The fly meaning reminds you to ignore what other people are saying, because at the end of the day, what you think about yourself is what truly matters.

The fly spirit animal is a survivor and a master transformer. It triumphs over adversity because it never gives up and just pushes (or flies!) forward.

Which makes it a great opportunist, too, because instead of focusing on the bad, it finds the good and makes something worthwhile of it.

It represents mindful living because you never know when life will be snuffed out.

The fly totem also symbolizes your healing and growth, and how you can thrive even when the odds are stacked up against you. It promises prosperity and abundance when you work determinedly.

A negative fly symbolism has something to do with the fact that flies carry and spread diseases.

This carries the energies of abrupt and rapid changes when it comes to your thoughts, emotions, and endeavors.

It’s being overly persistent, to the point of being selfish and annoying just to get what you want.

It’s being so focused on your goals and achieving success that you lose your sense of balance in your life.

Call on your Fly Spirit Animal when:

Maybe this version of yourself right now needs a little improvement. Your fly totem is encouraging you to make that much-needed change, because this can be the start of something wonderful!

Fly symbolism is not going to be as horrible as you think even though people will often have a rather different point of view when it comes to the fly as an insect.

However, from a symbolism perspective, as well as the spirit animal, this is something that is far more powerful and stronger than you may have initially expected.

Of course, it can be quite complex when it comes to understanding just what happens when the fly spirit animal shows up in your life, but then studying a few facts will make life easier.

1. It could indicate that there is danger ahead.

If the fly does appear in your life, then it may be signifying that there is some kind of danger ahead of you that is going to have to be addressed.

The aim of the fly spirit animal is to alert you to this possible danger so you are then in a position to be able to look out for it rather than being surprised whenever the problem happens.

2. It can be linked to the idea of gossip.

Fly symbolism is also closely related to the entire idea of gossip or having to deal in various lies throughout your life.

You need to be aware that some people may not be telling you the complete truth and it may be the case of having to spend some additional time thinking about who you can trust and who is perhaps motivated by something else.

At the same time, the fly spirit animal could also act as a warning that you are the one that is deemed to be guilty of these actions, and that it would be in your best interest to perhaps stop it in its tracks.

3. It is also linked to the idea of you reaping what you sow.

There is a strong belief with fly symbolism that you do indeed reap what you sow in life, which is why you need to be careful with what you both say and do.

The difficulty here is that you never know when it will then come back to bite you, which does then put you on some kind of alert which is not necessary if you just act accordingly in the first place.

4. It can represent abundance in life.

Finally, fly symbolism can also be linked to abundance in life, but this also fits in with the idea of reaping what you sow in the previous point.

If you do things in the correct way, then do not be surprised when it comes back at you in spades, but that is certainly a nice problem to have.

The fly spirit animal can be a bit of a mixed bag, but it is generally viewed as being a good thing to have in your life just as long as you are willing to accept what it represents.

Perhaps the key part is connected to the concept of karma because of the way in which it can affect your life either in a positive or negative way.

My final thoughts on the Fly Spirit Animal and its Symbolism

The meaning of the fly wants you to keep believing that your courage will soon pay off. Just keep doing what you’re doing — the only way is up!

Be committed to your desires. The road may be rough, but if you follow through, there will be smoother and more beautiful roads ahead. You will thank yourself for taking the fly meaning to heart. 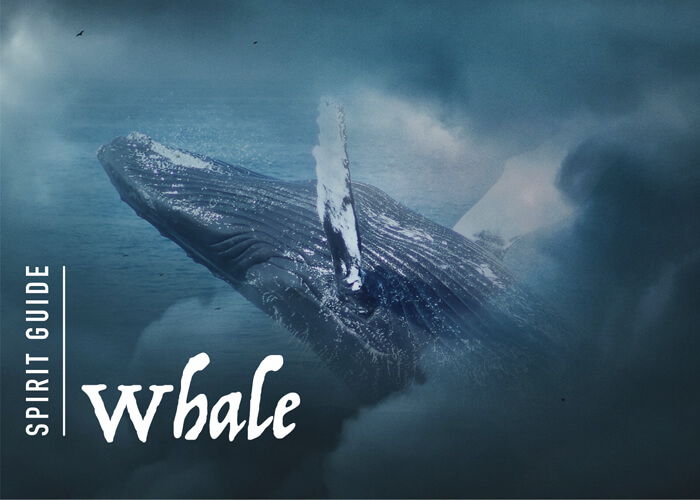