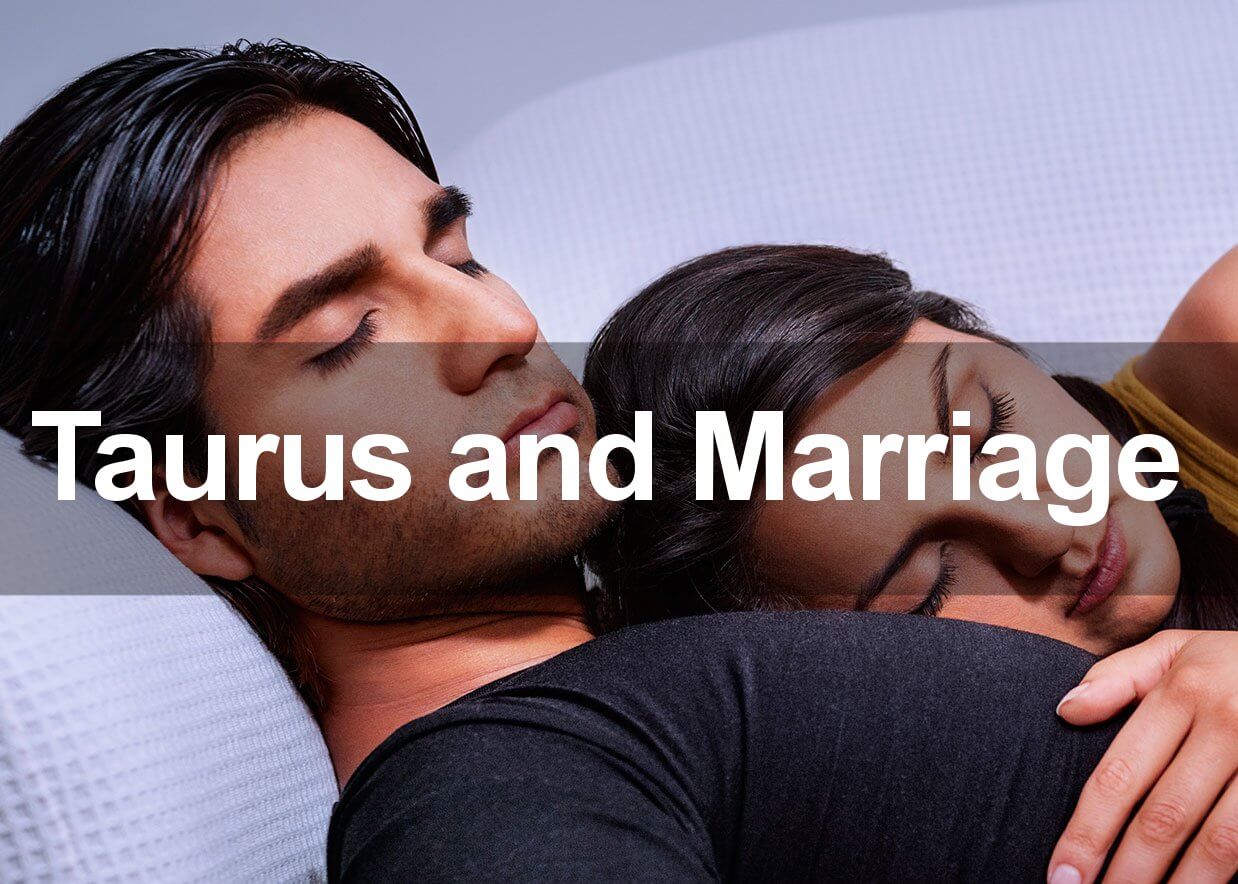 When it comes to marriage, most Taurus signs really have to face a moment of truth. There are few decisions in our lives that are as substantial as marriage, seriously.

You have to understand that when you marry somebody, at least theoretically, you are committing yourself to be with that person for the rest of your life. This is a lifelong commitment. It doesn’t matter whether you go through riches together, or you go through poverty together.

You still have to stay together. It doesn’t matter whether the person is in great health until the end of his or her life, or goes through a long period of sickness. This is one of the most important decisions people will ever make.

The problem with modern marriage, at least in the United States, is that it’s very easy to look at marriage in terms of contractual relationships. Just like with any contract, you think that you are only going to do your end of the bargain if the other contracting party does his or her end of the bargain.

For example, married people who are able to care for each other despite the ravages of cancer are only able to do that because they serve the relationship, not necessarily the other partner. In fact, it’s not uncommon for married people to stay married and still stay loving even if the romance has evaporated. In my experience I have seen this many times in marriages involving Taurus and Capricorn signs. That is the ultimate test of a marriage that lasts for life.

You may also find this interesting:  Taurus Personality Traits

Let me make it clear. Marriage is a decision in your life, and a commitment that you get into when you are ready to start living for yourself and start living for somebody else. I cannot emphasize that enough.

In many cases, the old joke that your life ends when you get married is true, in a very positive way. If you have had a tough time living or sacrificing for other people, and you’ve always been living for yourself, marriage would be precisely the kind of challenge that would take you to a personally higher level.

You may also find this interesting:  Three Dating Tips for Taurus Women

Make no mistake about it. The body can age and get ugly with time. That’s just the way of all flesh. However, when you are in a marriage that is built on solid fundamentals, you help push each other to a higher spiritual plane. That is the end goal of real human relationships–to make each other live up to our fullest potential.

Taurus Need Everything to Look Good

It’s not uncommon for Taurus men and women to stay in a relationship as long as it looks good. The love may be gone, the emotional fulfillment might have been nonexistent, but it doesn’t matter. It makes them look good. It’s the prim and proper kind of good. It gives them social status. It gives them social credibility and authority.

This need for everything to look good is obviously not a foundation for a solid, fulfilling, and meaningful relationship. However, it takes two to tango. Usually, the partner that is more than willing to put up appearances with the Taurus, due to a variety of reasons, can’t put up with this.

It’s not uncommon for a Taurus to marry a cheating partner and still stay in the marriage. The other partner can even live somewhere else with another family, and it will be perfectly fine with the Taurus. Why? It looks good. It’s the way that society, in the Taurus mind, should deem a proper marriage for a certain social class.

You may also find this interesting:  Ten Reasons Taurus Will Find Love in 2016

This obviously makes a mockery of marriage and relationships in general. Unfortunately, it’s not uncommon for the Taurus to fall into this trap.

Probably the reason why it’s not hard for Taurus people to find themselves in loveless and sham marriages is because they tend to focus on materialist components of marriages. In other words, they tend to look at the house, the two cars, the nice address, the solid net worth, and the great retirement investments as proxies for emotional commitment and emotional health.

It’s not uncommon for the Taurus to live in this fantasy land where everything is okay, but essentially, the relationship is emotionally dead. The Taurus is more than happy for this, because the Taurus desire for stability and security often has a tough time maturing past material bases.

The Danger of Defining Ms. or Mr. Right in Materialistic Terms

As I have mentioned consistently, the problem with earth signs is that they often don’t look at the signs separating materialist from materialistic. As I keep repeating, there’s nothing wrong with being a materialist. However, being materialistic can lead to unhappiness. They are two totally different things.

Unfortunately, the Taurus can easily go past that line and be completely clueless about it. When it comes to Taurus and marriage, this is the fundamental challenge.

The Taurus has to understand that real relationships have to have a solid and deeply meaningful emotional and spiritual core. Otherwise, it’s not much of a marriage at all. This is the fundamental challenge when it comes to Taurus and marriage.