Aries versus Pisces: Which Sign Has the Most Attractive Personality? 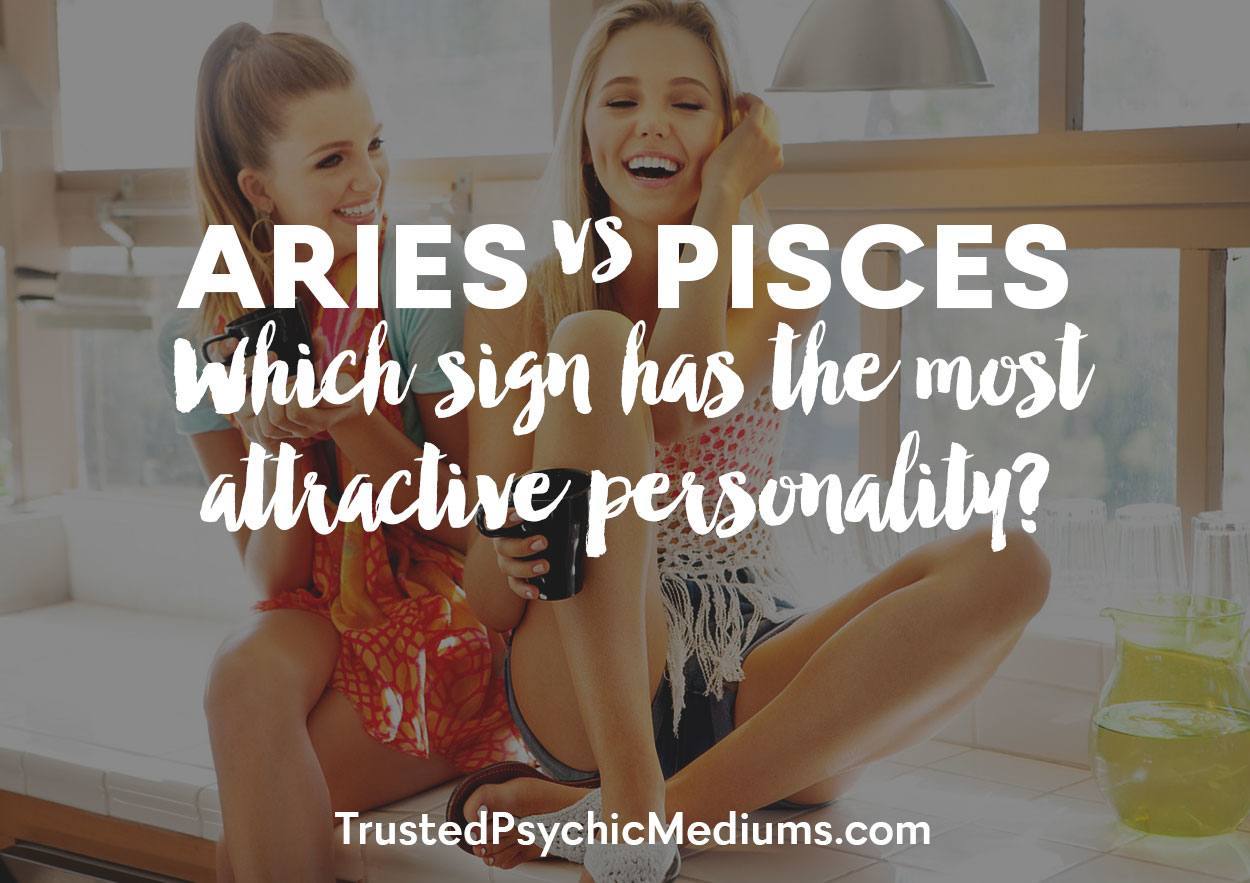 I really hate comparing horoscope signs. I really do. Why?

What may be positive in one context may be downright horrible in another context.

This is why any discussion of which personality is more attractive is sure to fall apart at some point in time.

To make this comparison between the Aries and Pisces more productive, I’ve limited the inquiry.

Instead of looking at their complete personalities as a whole, I’ve focused on their ability to attract others.

You have to remember that your power of attraction isn’t just due to what you look like. You can look like a complete mess and still attract people all day. Why?

Even your personality doesn’t fully explain your attraction power.

There are certain hidden attraction signals that you send out that people just attached to, and they just can’t get enough of you.

I’m not of course talking about lovemaking. This goes beyond the physical.

We’re talking about people just being attracted to you so you can be their friend.

You can also attract people so that they would want to buy from you. Whatever objective you may have, it’s always a good idea to be as attractive as possible.

So which is more attractive, the Aries or the Pisces? The answer is actually both but for completely different reasons.

You may also find this interesting:  Aries: 5 Reasons Guys Back Off Emotionally

The Aries’ power of attraction

The Aries people can be quite attractive. I know this might sound surprising.

After all, people tend to hate the Aries personality. What’s not to hate?

Would you get thrilled if somebody in your work group tries to take credit all the time?

Would you get excited when that Aries person in your life always charges to every situation with only half the facts and tries to make all sorts of judgments?

Does it thrill you when the Aries person in your life seems to judge you and criticize you all the time?

Does it excite you when an Aries friend makes all sorts of conclusions when he or she only saw part of the total picture?

However, as negative as these traits may seem, they actually attract a lot of people. Why?

People are often conflicted. People often have a tough time making a decision. People often look at the world as this very messy gray area.

Wouldn’t it be nice if the world was just easily reduced to black and white? Wouldn’t it be better if people made decisions faster?

Well, they look at the Aries’ natural ability to arrive at decisions and conclusions as somehow attractive.

They’re not going to say it straight out, but they find some low-level admiration for this Aries trait.

You may also find this interesting:  What Are The Luckiest Numbers For Aries For The Year Ahead?

At the very least, it makes for a curious entertainment. Nine times out of ten, the Aries often falls flat on his or her face.

That’s what you get if you make uninformed decisions.

Regardless, Aries people tend to attract fans because they tend to do things that other people are too scared of doing.

People are either prisoners of their fear, pride, or ignorance.

If they see an Aries person just charge into a situation and take charge, they see a ray of hope.

Of course, this admiration doesn’t last a long time.

If the Aries hits the nail on the head and actually makes a correct decision, you won’t hear the end of it.

The Aries will continuously brag about his or her accomplishment. Regardless, the Aries personality can be quite attractive. People like a take charge attitude.

The secret to Pisces attraction

Pisces are no slouch in the attraction business. They really know how to attract people.

The best part of it all is that it’s not conscious.

Pisces are very emotional people. They tend to make sense of their world in emotional terms. They are always looking at how other people will respond.

They are always mindful of how other people will react.

This makes them very thoughtful friends. This is why they really go out of their way to make people feel good around them on an emotional level.

If you are always going around trying to compliment people and make people feel good about themselves, you can’t help but become a popular person.

Of course, popularity comes in many different shapes and colors. We’re not talking about popular as in running for mayor.

We’re talking about popular as a person that people would like to be around.

People find you pleasant. This can be quite attractive.

However, this can also attract the wrong kind of attention.

You might be looking for a romantic partner, but since you are so good at making people feel good emotionally, they might just want you as a friend.

You are this human emotional comforter people run to for a quick emotional boost. Once they get their act together, they leave.

This can beat you up quite a bit inside. Remember, you are extremely emotional and sensitive.

What is the final verdict?

The final verdict is simple: It all depends on context.

While on its face the Pisces personality is more attractive, nine times out of ten, they attract the wrong people.

They get users and abusers. They get it all.

Aries people, on the other hand, get a grudging admiration. They get respect.

However, this respect comes at a high price.

Aries people may get respect and might be admired from time to time but they almost always fail to get loyalty.