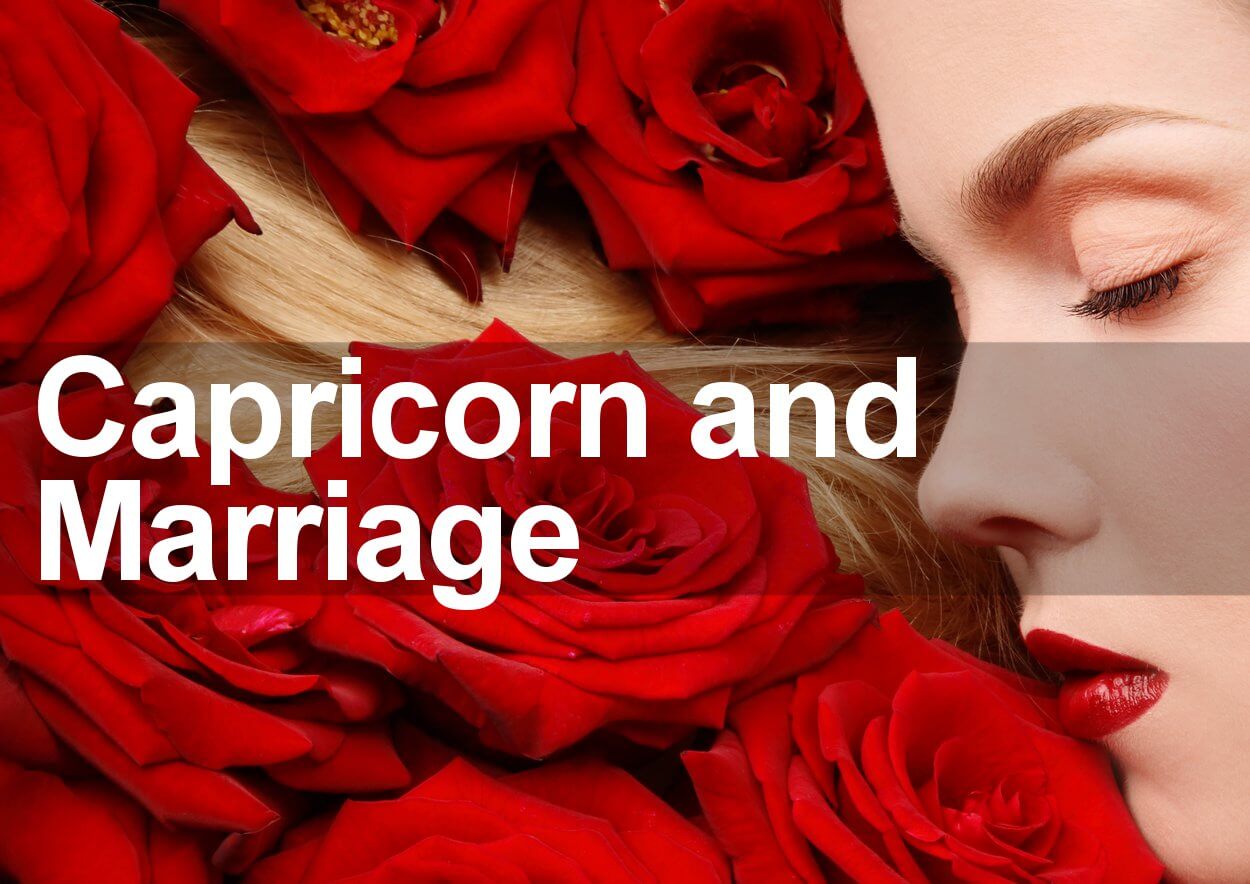 You probably are already saying that love and marriage go together like horse and carriage. Well, when it comes to a long-term commitment, Capricorns are more than willing, able, and ready.

If they are mature enough, if they reach a certain stage in their life, they are very ready for marriage. This means they’re willing to go the whole nine yards. What does that mean?

Well, first they’re willing to be loyal and faithful. This might not seem like a big deal. After all, when you get married, you are expected to not cheat on your husband or wife.

So what’s the big deal?

Well, the big deal is that unfortunately the divorce rate in the United States and elsewhere is around 50%. Half of all marriages split up. That’s just the cold, hard reality and a significant portion of that is some form of unfaithfulness.

Capricorn women can go the whole nine yards and take care of faithfulness. However, there’s a lot more to commitment than just being faithful and the good news is that Capricorn people can make the whole commitment.

This means that when the partner develops cancer or some disease the other partner is not just going to leave him or her in the room and just go on with life. The partner will still provide the same level of emotional support and care.

The Capricorn woman doesn’t believe in leaving a loved one behind. If there is any one thing that you would want to understand about the Capricorn is that they tend to be loyal unless you give them enough reasons to basically abandon you.

This is a very important revelation about the Capricorn because marriage is a long-term game.

It is no surprise then that many “true goat” Capricorns are very materially successful. Of course, happiness is another question entirely but if we’re just looking at material success, Capricorns can definitely make it happen.

Make no mistake about it. If you think that many of the past men that you’ve dated get cold feet when it comes to time to commit, you should not have the same worry when dealing with Capricorn men. Capricorn men can commit. They don’t have a problem signing on the dotted line and getting off the fence.

If you can attract a Capricorn man into your life then then chances of you keeping him are actually pretty good.

The Problem of Early Commitment

The problem with Capricorn men is not that they can’t commit. It’s that oftentimes they commit too early. It’s not unusual for a Capricorn man to get married and then all of sudden Ms. Right shows up.

When that happens he is in the crossroad. However, the good news is that most Capricorn men are faithful and loyal enough that they make it a point to make the woman that they married Ms. Right. The same goes to a lesser extent with Capricorn women.

The good news is that when Ms. or Mr. Right appears after you got married; it’s a sign that something has gone wrong with your marriage and if you fix your marriage, there will be no other Ms. Right or Ms. Wrong

Either They Married Too Early or Too Late

Instead, the male Capricorn version of analysis paralysis involves thoughts like can I afford a family? Can I give my future wife the life she deserves?

You have to understand that Capricorn is a very materialistic sign. In other words, they look at material comfort as a sure sign of emotional assurance and personal comfort.

This has its own set of criticisms and many people like to call Capricorns shallow and superficial because this is how they think but there’s a lot of merit in such thinking.

Those kinds of things. The male Capricorn tends to focus on that. And as a result, many of them basically consider themselves not rich enough to get married or ready for the material commitment needed for marriage. As a result, those people tend to marry late.

Be On the Lookout for the Capricorn Fish Tail

This is the spoiler of Capricorn and marriage.

However, the other half of the goat is a fish so if you’re dealing with a Capricorn that is more fish than goat, watch out. You be in for a surprise.