In the West, we treat interpretations of the snake as dangerous or suspicious, but in Chinese astrology, the Snake is a much more complex personality.

Clever and confident, but also ruthless when needing to be, this is a dangerous yet strangely endearing spirit.

If you’re looking for information on the 2001 Chinese zodiac – the Year of the Snake – look no further than the guide below.

As well as myth and folklore, there’s guidance on the best way to attract luck for the Snake, as well as a deeper understanding of the complex personality of people born in 2001.

Personality type of the 2001 Chinese zodiac

There are a lot of differences between how certain characteristics of animals are seen in myth and folklore between the West and the East, and this is definitely the case here.

However, people born in 2001, the Year of the Snake, should also be forewarned that there are a few similarities in opinion between the cultures too, but don’t worry – these are largely flattering ones.

For one thing, it likely goes without saying that people born in the Year of the Snake are often remarkably intelligent.

It’s a worldly intelligence too, one that comes from a great deal of reading, personal exploration and communication with people from other cultures or philosophical backgrounds.

That communication overall is another key skill of people born in the Year of the Snake.

These are people who are very skilled at fitting into any social situation, but doing so in a way that allows them to put their best foot forward and leave a lasting personal and positive impression of those with whom they speak.

These are glib people, and that gift of the gab is very useful in one of the Snake personality’s most appreciated of pastimes – the pursuit of romance.

People born in 2001 are fond of the thrill of the chase, but can often be surprisingly tender once a long lasting and more calm and serene bond has been formed too.

It’s not all charm and grace for the Snake of the Chinese zodiac though.

These people are deep thinkers about themselves as much as anyone or anything else, and make no mistake – those individuals born in 2001 are among the most self-critical you may ever meet.

They have extremely high standards for themselves, both intellectually and professionally, and if they fall short of those goals, it’s often quietly heartbreaking to them.

Therefore, people born in the Year of the Snake are often people who feel as though their own feelings are forgotten by others, and that their own private world of self-criticism is theirs to endure alone.

Some compassion and kindness sent their way is often all you need to show someone born in 2001, or anyone of the Year of the Snake, how cherished they are.

You’re wise to ask what element rules the year 2001 in Chinese astrology.

After all, the animal that governs any given year is only half the story – Chinese astrologers have also devised a system that puts an elemental ruler to every year also.

It adds extra nuance and meaning to things, and also means that the already multifaceted person born in the Year of the Snake has even more layers that are thrilling to decipher.

Metal is the element governing the year 2001, and so altogether 2001 is the Year of the Metal Snake – to give it its fullest name according to Chinese astrology.

Metal is solid, almost impossible to bend or break, and long-lasting – those born within a year ruled by the Metal element demonstrate a similarly steely resolve and iron will.

You’ll find that the Metal Snake born in 2001 is an individual who is very disinclined to waver from any path set before him or herself – doubly so if it is a path that they themselves have chosen.

Having a sense of solidness behind their ideas is crucial to such an intellectually driven individual, and the Metal element is superb for this inner strength.

It’s worth noting that this cool, steely and reserved state of mind means that the Metal Snake is an individual who is often inclined to believe that everyone they meet has some kind of hidden agenda.

Slow to trust is an understatement here, as the person born in the Year of the Snake deeply holds to the notion that everyone has a price, and everyone is out to get one over on the other.

Taken too far, this cynicism can undermine the otherwise solid ambitions of Metal Snake people.

It’s difficult for them to realise that not everyone is being underhanded in what they do and say – and worse, a particularly paranoid person born in the Year of the Snake will try to pre-empt sly tactics with a few of their own, and just look shady in the long run if they’re caught at it.

Best love matches for the 2001 zodiac

There is a soft and tender side to the individual born in 2001, the Year of the Metal Snake.

Just as there is a more tender inner skin beneath a snake that has shed its harder outer skin, so too do people born in the Year of the Snake have a tender interior beneath their cooler outer self.

It’s a very romantic softer side too, so it’s important for someone of this nature to understand what are the best love matches for someone born in 2001.

One such love match is the high compatibility of the Snake and the Rooster in Chinese astrology.

Both of these Chinese zodiac animals are proud people who like to see and be seen, but they also have deep sentimental sides and a need to protect those close to them, which lends them a nicely complementary energy.

The same can be said of the love match between a Snake and a Dragon.

This is an alliance of two of the sharpest minds that Chinese astrology can offer, all tempered by the protective spirit of the Dragon and the incisive intelligence of the Snake.

Both of these individuals are remarkably ambitious, and apt to stop at nothing to get what they want – nor tolerate anyone who impedes their shared goals.

Whoever the individual born in 2001, the Year of the Metal Snake, chooses to settle down with, that partner is best forewarned that the Snake is not always as forthcoming with expressing their feelings as might be preferred.

It will improve over time, but these people are slow to open up, and slow to trust also. They love deeply, and can’t stand the idea of being betrayed.

Wealth and fortune for the 2001 Chinese zodiac

As we have already discussed, personal and professional progression are extremely important to people born in the Year of the Snake.

This is especially true of 2001, the Year of the Metal Snake – this is a generation born into an era of unprecedented technological development, giving more opportunities than ever.

The Snake is regarded as a Chinese zodiac animal highly adept at making the way to the top of whatever corporate ladder they choose to climb – although a great number of people born in the Year of the Snake are also very keen on pursuing a career in the creative arts.

This proves a valuable outlet for their deep, seething emotions – and one that can prove financially lucrative over time, which is even better.

There can be a tendency to slip into workaholic mode for people born in the Year of the Snake, and it’s important that these folks avoid burnout and too much stress.

Even the strength of their elemental Metal of 2001 will only take them so far in this respect – rest and recuperation are very important.

People born in the Year of the Snake don’t tolerate failure, either in themselves or those around them, and this can lead to something of a ruthless streak.

These individuals have no qualms in closing the door on those underperforming or hindering their personal goals, and it can seem heartless at times for those not expecting it.

A little more compassion, if able to be introduced, can help these people to build more lasting and amicable business relationships.

Throughout Chinese astrology, there is plenty to explore in terms of how the different zodiac animals attract good luck.

With good fortune playing such a big role in Chinese society, effectively encouraging it is something that is taken very seriously in many circles.

If you’re curious about the ways someone born in the Year of the Snake can be lucky, there are a few solid clues for you down below.

For instance, certain plants are considered lucky to Snake people – and they wonderfully show the contrasting nature of this zodiac animal.

Indeed, with both the orchid and the cactus considered lucky plants for the Snake, you can see how the sense of thrilling danger that people born in 2001 can display is a big part of their persona.

The same is true of the lucky colours for people born in the Year of the Snake, which are black, red and golden yellow – very evocative.

Meanwhile, lucky numbers for people born in 2001 are 2, 8 and 9 – all figures that tend to crop up in a Snake individual’s life in one way or another.

Of course, there are unlucky numbers for people born in the Year of the Snake that are best remembered so as to avoid them too – those are 1, 6 and 7.

Likewise, you would be smart to keep the colours that people born in the Year of the Snake find unlucky in mind too – those are white, gold and brown.

3 unusual facts about the 2001 Chinese zodiac

Exploring even further into the meaning of the Snake in Chinese astrology, we can unearth ever more mysteries and hidden truths about people born in 2001, as well as other individuals from other generations who share the Snake as their Chinese symbolic animal.

Firstly, the Snake shares many characteristics with the Western star sign of Scorpio in matters of the heart.

Both of these zodiac signs, ruled each by fearsome creatures, are deeply passionate lovers with a renowned jealous streak.

They also both are said to be fearsome in pursuing revenge if slighted or jilted!

Secondly, Metal Snake people born in 2001 are especially renowned for being very keen to flaunt their wealth with expensive objects and designer labels.

Yet what some people miss out on is that they aren’t doing this to show off for others – they do it entirely to please themselves!

Thirdly, people born in the Year of the Snake in history are all the proof you need to understand how they will persevere against all odds to succeed.

Those famous faces include Mahatma Gandhi, Anne Frank, Charles Darwin and Queen Elizabeth I of England – all determined individuals talented at communicating complex ideas way ahead of their time.

It often seems that, of all the Chinese zodiac signs around, the Snake is among those the most easily misunderstood.

For people born in 2001, it can often feel as though it is they, the Metal Snake, against the world.

This creates a very sharp mind and a persuasive way of speaking, but it can also lead these folks into being tempted to talk their way into things that could just as easily be secured through more direct means.

Life isn’t always a competition, but people born as a Metal Snake often feel as though they have to prove themselves not just to the world, but to themselves.

There is an inner critic that refuses to be silent, but the snake must learn that kindness towards the self, and others, will bring far more rewards than ruthless and incisive action over the long term. 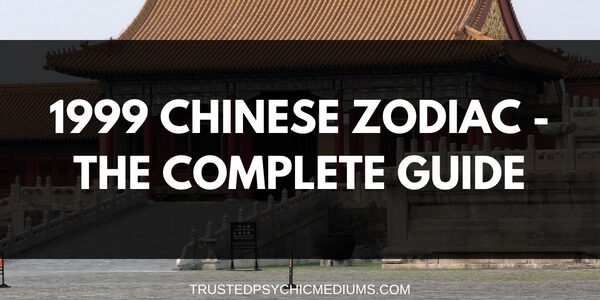