Leo: The One Thing Not to Do After a Breakup 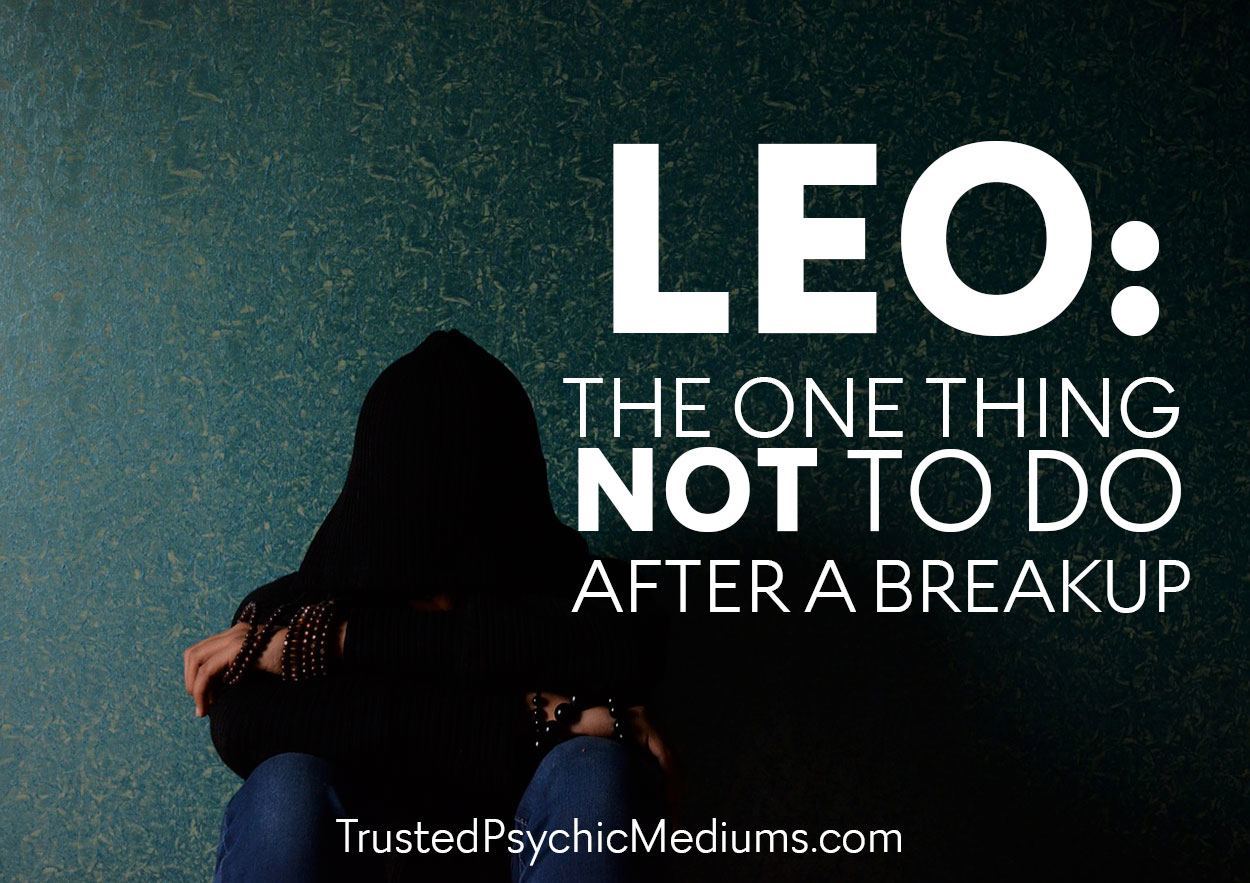 Leo people like to believe that they are very strong. After all, this comes with a territory.

The typical person born under the sign of the lion looks strong outside. They are very confident and often viewed as cocky.

It seems that they always dominate whatever situation that they find themselves in.

There’s a lot to admire in the typical Leo. They seem to have all the answers.

Of course, the reality is that nobody has all the answers.

The reality is that nobody can fully know a particular situatison and come up with the right decision time and time again.

However, try telling this to the Leo. The Leo is very easy to fool. Why?

You only need frame facts in such a way that it feeds their ego.

Once you achieve this, then it’s very easy for the Leo to be controlled.

It’s very easy for you to manipulate them and get them to do what you want them to do. They think they are in full control and fully independent.

However, they are just impulsively following the script that they themselves have in their minds.

People manipulating them just successfully sabotage the script so that it leads to an outcome that might not necessarily be a positive one for the Leo.

If you’re a Leo and you’re reading this, you might be tired of your relationships blowing up and doing something you would come to regret.

However, you may feel that there’s really not much you can do about it.

You might feel that there’s some sort of automatic process that kicks in, and some sort of invisible script takes over.

You can feel that it’s just natural for you to decide and do things based on this script.

Well, I’m telling your right now: You have a lot more control than you give yourself credit for.

The reality is that all the things happening in your life are products of your choices. The iron law of cause and effect cannot be defeated.

If you’re feeling happy now, it’s because you did certain things in the past that led to your current happiness.

Similarly, if you’re feeling unhappy or unfulfilled, you made certain decisions in the past that led to your current predicament. That’s how it works.

Some spiritual traditions call this soaring and reaping. Others call it karma.

Whatever name you call it; it exists.

Cause and effect will always rule your life

If you’re sick and tired of your relationship always ending up at the same place and making your unhappy, the good news is there’s a lot you can do about it.

In fact, there’s only one thing you need to avoid doing, which can lead to you enjoying better relationships.

What decision is this? Very simple.

Don’t date your best friend of the opposite gender

Many Leos do this. As a result, they go from one bad relationship to the other.

The Leos that do this subscribe to the commonly held misconception that the solution to a bad breakup is another person.

In other words, if there’s a hole in your heart, you need to plug it with another person.

The problem with this logic is that it’s not logic at all.

It’s just an exercise in emotional impulsiveness and just like with anything else in life that you do on impulse, nine times out of ten, you end up making the wrong decision.

In most situations, if you go through a breakup and start dating your best friend of the opposite gender, you actually end up losing twice.

Not only have you lost your previous relationship, but you end up positioning yourself in such a way that you lose your best friend. It really is that simple.

You shouldn’t use people who are very close to you as some sort of emotional band-aid. This is precisely what’s going on.

You obviously got hurt by your previous breakup. Your past relationship in love left some wounds.

So what do you do?

You comfort yourself talking to your female or male best friend, whatever the case may be. Eventually, something develops and you start going out with that person.

The reality is you’re just using that person as an emotional band-aid.

Whenever you use other people, it never leads to a happy ending

It really never does.

At the very least, it’s a form of emotional lying.

Regardless, whatever new relationship you do end up establishing would be based on faulty premises. It’s like buying an apple and there’s a worm deep inside the apple.

That’s the kind of relationship you have.

Don’t use your friend.

You have to remember that Leos are very charming. You can charm the pants of most people.

There’s an inner strength to you that people can’t help but fall in love with.

You have to be very careful with this gift that you have.

If you are not very careful, you might end up losing a lot of friends or end up burning a lot of bridges. It’s okay to hurt, to feel alone, or to feel abandoned.

You can draw a lot of strength and assurance from your best friend of the opposite gender.

Just don’t make the mistake of using that deep emotional bond and emotional honesty that you have with that person as a springboard for your new relationship.

It’s okay to grieve, to be alone for a while, and to feel hurt. Only after you’ve gotten your mind together, and you feel strong enough, then you can start loving again.

This is how you should handle breakups.

Otherwise, you would find yourself in an endless carousel of bad relationship. All these relationships would happen one after the other, and you can’t seem to make any real progress.