Leo Women in the Workplace: How to Ask for What You Want—and Get It 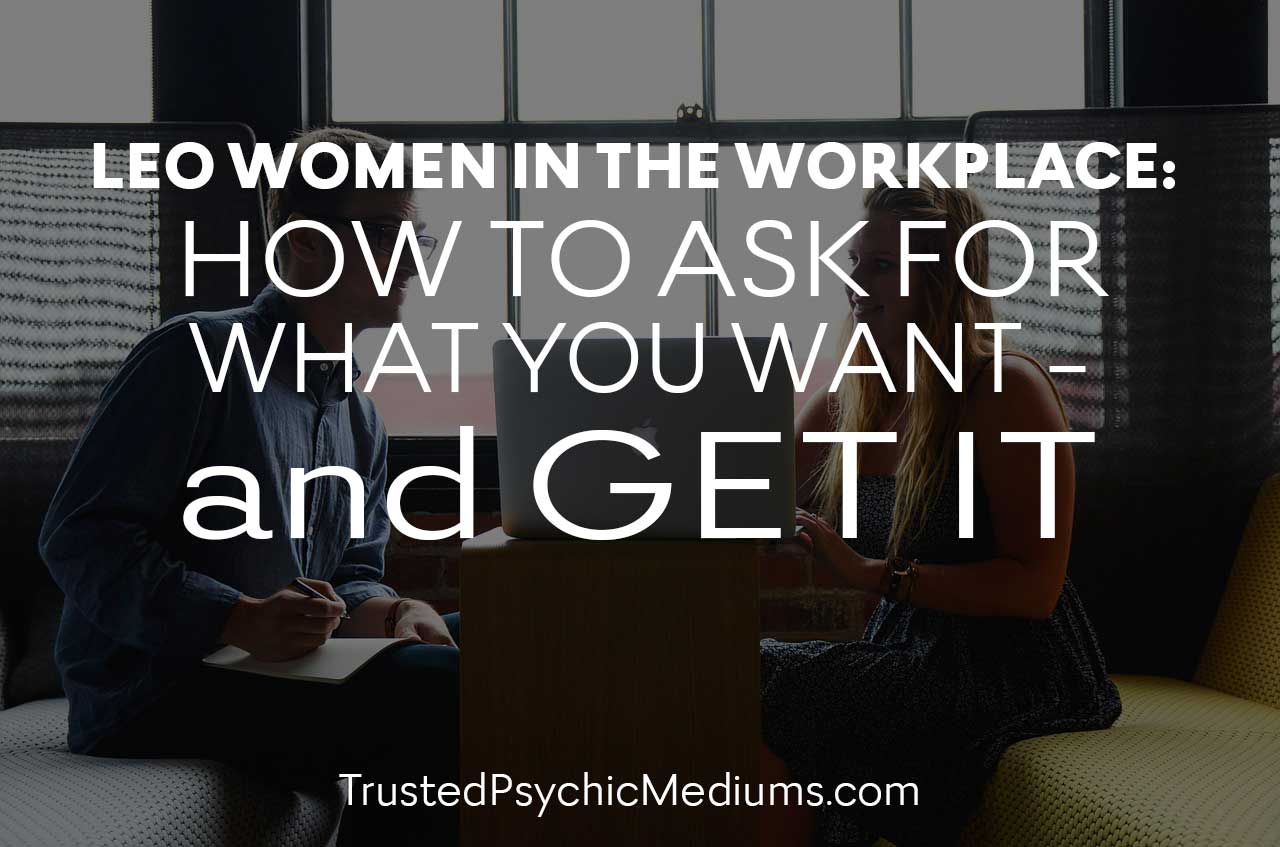 Leo women have a distinct approach to career matters.

It is not uncommon for Leo people to be the center of the show. In many cases, they simply grab the spotlight.

It’s not like other members of their team willingly gave them center billing. They see something, find it desirable, and they grab it.

This of course leads to the Leo stepping on many toes. In most workplaces, there are certain political conventions you have to subscribe to. There are certain lines that you cannot cross.

It’s not surprising to know then that in a Leo woman’s career, she is often unpopular.

Don’t get me wrong, it’s not like they’re unpopular because people hate them or find no value in them. They’re unpopular in the sense that they’re viewed as political rivals in the office.

There is no debate regarding the capabilities of Leo women.

If you’re looking for somebody who’s courageous, who takes charge, and who takes pride in her work, the Leo woman is it.

In most situations, she has what it takes to become an indispensable asset of the workplace.

The problem is she rubs everybody else’s noses in it. This is why she often finds herself the target of envy, jealousy, and office politics backstabbing.

Nine times out of ten, it is easy to argue that she brought it on herself.

So how does all this fit in with getting what you want? Learn from this career advice and watch yourself get a promotion soon enough.

It all boils down to how you ask for it.

You have to wrap your mind around the issues that I raised above. If you’re a Leo woman, and you’re looking for a promotion or a raise, you have to understand that you’re not starting from neutral ground.

You already have a record and a set of perceptions developed around you.

While it is beyond dispute that you know what you’re doing, and that you are credible and authoritative, that is not enough.

As you probably already know, in the corporate world, it’s not what you know that counts as much as who you know.

Unfortunately, Leo women tend to have blinders on as far as political conventions are concerned. Not surprisingly, they tend to step on many toes to get to where they want.

It is also not surprising that a lot of Leo people, not just women, are stuck in the middle of the corporate bell curve. There’s a certain point that they can’t seem to progress out of.

Of course, this doesn’t apply to all Leo people but the vast majority of them tend to hit a certain level, and they can’t move past it.

If you want to get better results in the workplace, you need to understand that how you say something is just as important as what you have to say. It’s all about getting your message across in a politically acceptable way.

You have to remember that your sheer willpower and sheer talent are not going to be enough. You’re always going to run into the reality that quality isn’t always rewarded in the business world.

There’s a lot of politics involved. There are a lot of companies where totally incompetent but well connected people rise up.

I know you hate this, and it sounds unfair but unfortunately, that’s the reality of the world we live in.

For you to get what you want, you have to play the game.

The way you do this and still address the shortcomings you have coming in is to go through another person.

In other words, you need a friend.

The good news is that it’s not hard for a Leo woman to get an ally. There’s something very appealing and almost magnetic about your personality.

You have to remember that most people are indecisive. Most people would rather not make decisions. Why?

They are afraid of being wrong or ridiculed. They don’t want to face up to the fallout.

You, on the other hand, can easily make decisions and charge in and publicly proclaim that decision.

Of course, more often than not, you’re wrong. Still, there’s something magnetic about the fact that you’re able to take a stand or take a position.

Since you have that very bright aspect of your personality, you are sure to have at least one ally at a higher level in your organization.

You need to feel those people out carefully. You need to accurately identify who they are.

Maybe by taking them out to lunch or attending seminars with them and otherwise being around them, you can fully get an idea as to who they are and where they’re coming from.

Develop friendships with these people because these are the people that will be your gateway to advancement. It’s not going to be you asking directly.

You can pretty much count that out. You just have too much baggage.

Instead, these people will be either making decisions or are in the position to make suggestions that can positively affect your raise or promotion. It’s all about bridge building.

I know this is not your strong point, but you need to work on it.

What I’m saying is that you need to look at who else is out there and see who you can see eye to eye with.

They know you are competent, talented, and driven.

If you get these people on your side, then they can be your gateway to ever increasing levels of responsibility and yes, financial reward.