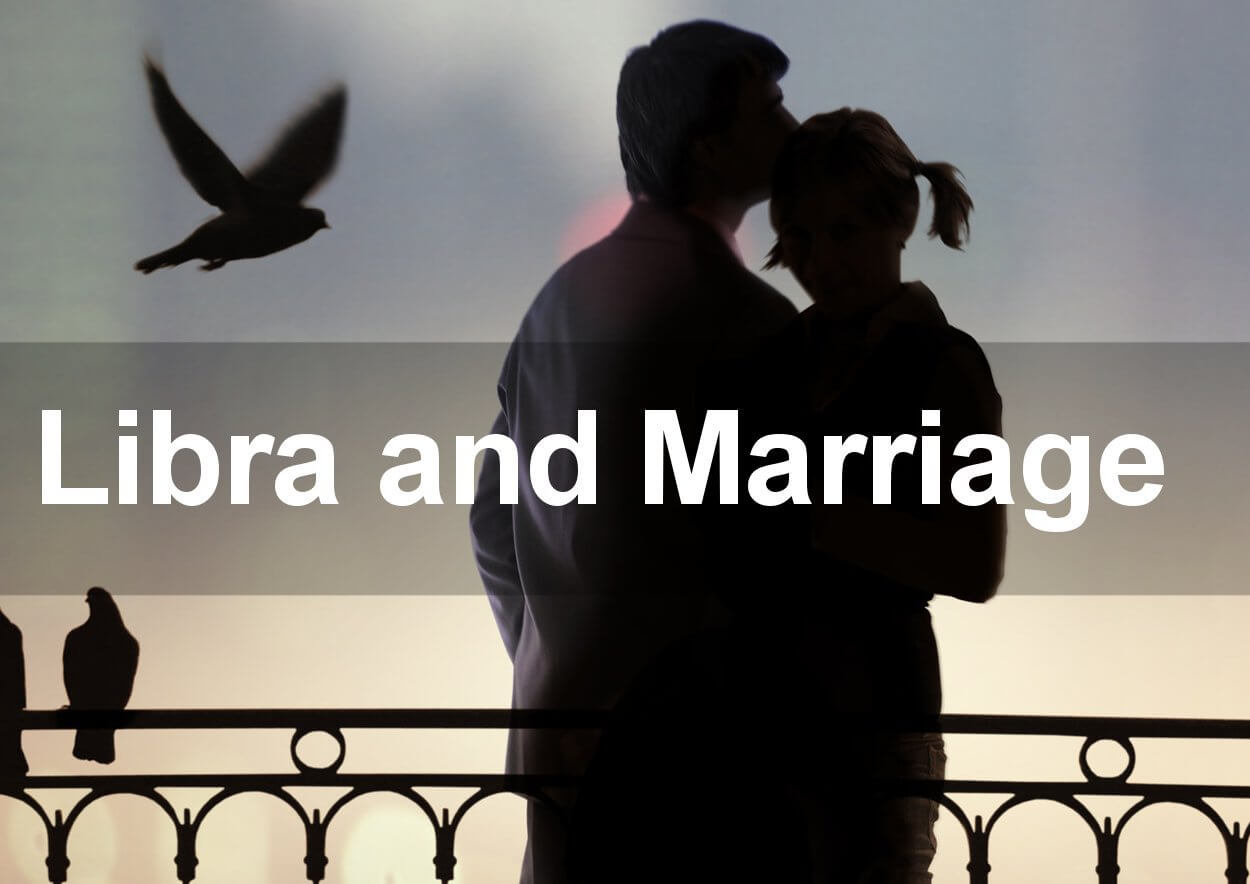 The whole idea of Libra and marriage can seem downright amusing. After all, next to Virgos, Libras is probably one of the signs of the horoscope that find it difficult to commit to anything.

However, unlike Virgos, Libras failure to commit is due to the fact that they’re always weighing things. They’re stuck in analysis paralysis.

Virgo people can be very effective people. They can do the job well. The problem is if they get so caught up in this ideal, they let it poison the other aspects of their lives, and as a result, it’s not uncommon for a typical Virgo to have some deep-seated frustrations, anxiety or otherwise lack of enjoyment with life.

The Libra, on the other hand, doesn’t have this deep-seated issue but the fact is the same: they have a tough time committing.

The reason why they have a tough time committing is because they’re always weighing things in their mind. They fall for this lie that as long I’m getting new data, I’m getting one step closer to the right decision.

They let themselves be paralyzed by fear because really it’s not that one piece of data that will make you make the right decision.

What would enable you to make a right decision is when you have enough trust and faith in your ability to make a right decision so that you can make a move. In many cases, this fear of failure, this fear of not getting the results that they want forces Libra men to shut down their decision process and they’re just going through a constant loop. This gives rise to the common misperception that Libra men cannot commit. The good news is this is not true…………. to an extent.

Libra Can Commit….. In Due Time

If you want a Libra man to commit, and marriage is the ultimate commitment, you have to give him enough time.

This can drive many women crazy. After all, it’s not uncommon for a Libra guy to be in a relationship for several years and then when it comes time to pop the question and take the relationship to a higher level, the Libra guy calls it quits. He phones it in.

He doesn’t show up. In other words, he quits the relationship.

The female in that relationship would feel really cheated.

After all, she spent those years living with that guy or being in a relationship with that guy. She’s invested so much time in that relationship and all she has at the end is nothing. This is the key reality that you just going to have to deal with when you’re dealing with Libra men, and to a lesser degree, Libra women.

The truth is Libras can commit in due time. The problem is you’re rolling the dice when you just giving this person the time because it’s not guaranteed that this person will choose you.

This can be a serious disappointment in the future. You might want to dispense with all these possible heartache by picking and choosing the right Libra man to commit to.

Libra Can Weigh Things Up

As I mentioned earlier, the main reason why Libras tend to be stuck in analysis paralysis is that they can weigh and weigh information.

They’re always looking for new information. Granted they’re fun to be with; granted that interplay with them is very engaging and very enriching.

This is all well and good. The problem is if you want to take your relationship to a much higher level, you have to get the Libra off the fence.

For you to do this, you have to step your game up. You have to be very clear as to what you want. If you are afraid that you might scare off the Libra person in your life if you do this, then so be it.

Of course, you don’t want to just pop the question right after your first night together or the first time you get together. I’m talking about once you take the relationship to a deeper emotional level; give yourself permission to be emotionally honest enough to basically lay out what you want for the relationship.

You have to always look at several years ahead of you. Your relationship should have an end point. What do you want to achieve with your relationship. The worst kind of relationship is basically a holding pattern.

You need to step your game up. Libra and marriage can go together like a horse and carriage. You just have to be very clear.

When it comes to issues of Libra and marriage, the Libra failure to commit or the Libra tendency to go on holding patterns is a serious problem.

The good news is that as long as you have your emotions together, and you have enough will power to say what you want and demand what you want, Libra and marriage can go together.

You can get that person to commit.