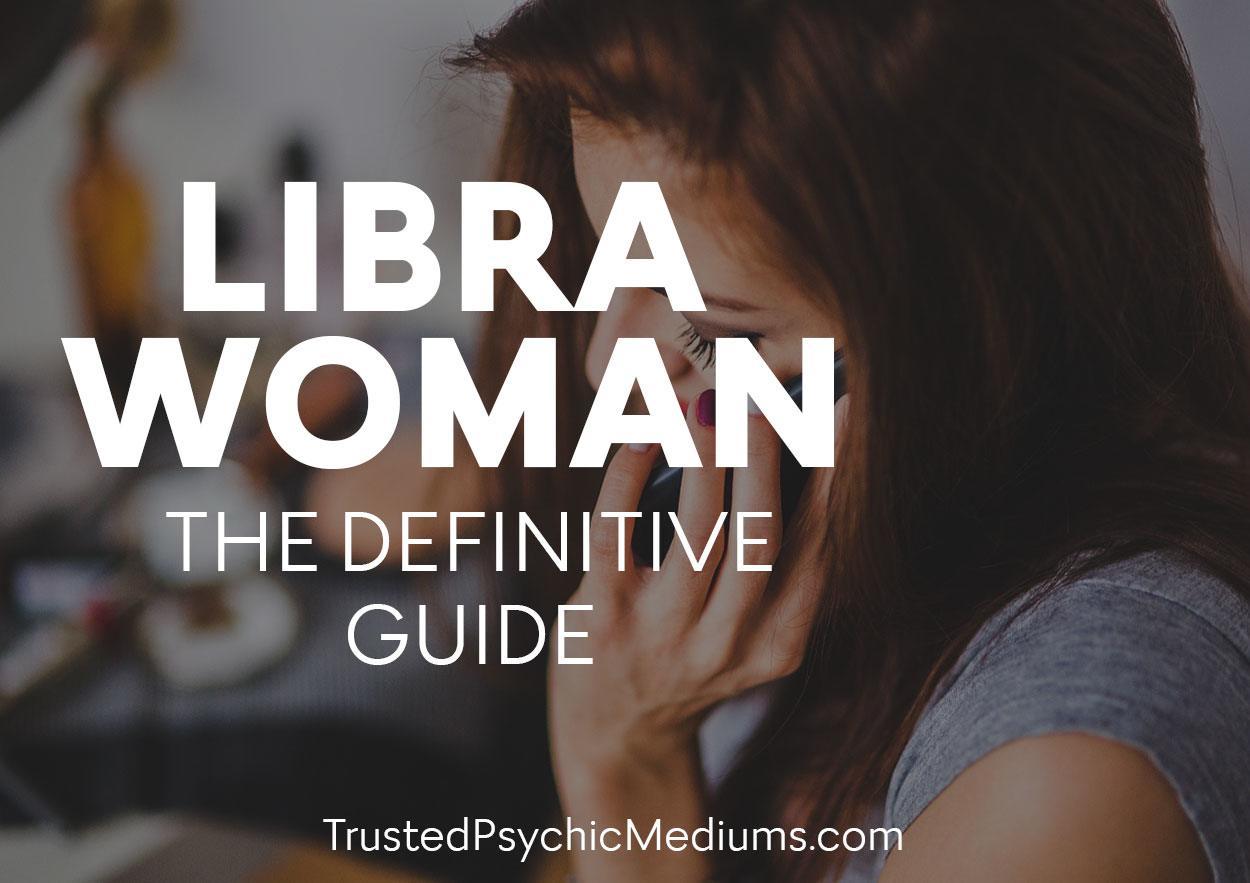 The Libra woman is a very interesting character.

Actually, on average, Libras are very interesting. On the one hand, the typical person can be very analytical.

This person can really do a good job in arriving at truly informed decisions. This is the most commonly held view of the Libra.

Whatever word a Libra says doesn’t come easily. The Libra woman doesn’t just say stuff off the top of her head.

She doesn’t just say stuff to fill up space or to pass the time. She’s more meticulous than that.

Everything has to go through a filtering process. She makes sure that she weighs both sides very carefully. She knows that her words have impact.

With that said, it’s also accurate to say that the Libra woman often feels under a lot of pressure when it comes to people she respects.

If she feels like she has to live up to the expectations of people she looks up to, she tends to make rash decisions. She often blurts out stuff to try and impress others.

The worst part of all of this is that her worst decisions are often the best decisions other people make. That is the paradox.

Unfortunately, it’s very hard for the Libra woman to see this.

When she sees herself compromising from her usual analytical process, she feels guilty. She feels really conflicted regarding these decisions.

The good news about the Libra woman is that, given enough time and space, this person can evolve to be a truly effective person.

It’s also very easy for the Libra woman to have a lot of regrets in her life. She knows deep down inside that she is capable of achieving so much more.

Unfortunately, for a variety of reasons, she just chose to coast through life and shoot for the middle ground.

Here is a definitive guide to the Libra woman.

It’s not hard to see why many guys fall in love with the Libra woman. In many cases, she is very diplomatic to all sorts of men.

She seems to know the right words to say to the right guys at the right time and connect with her partner strongly. This is quite a skill. It can’t be said that women of other horoscope signs have this skill.

Of course, this skill is not easily gained. The Libra woman is able to do this because she tends to think in loops.

She tends to focus on the same things in her mind over and over again until she comes up with an answer.

This may seem like it’s a good thing, but it really isn’t.

The good news is that, thanks to the way she thinks, nine times out of ten, she makes the right decision when it comes to love matters.

You have to understand that, in love, you either fall in love with the right person or you teach yourself to fall in love.

Love, in the most basic terms, can really be an exercise of will. You really have to be the most idealistic person in the world to believe otherwise.

Libra women get this. Some get it sooner than others. Regardless, they all tend to get this.

This is why love, for the most part, is not really an issue with them.

Instead, they focus more on what makes sense in terms of the big picture.

They can be very big on big picture thinking. While this may leave other horoscope signs feeling skeptical and suspicious, for the Libra woman, this is essential.

You have to understand that the Libra personality is all about achieving balance.

Just as you balance two sides of an argument, you also have to balance the present with the future.

This is why it’s no surprise that Libra women are often comfortable with making interesting compromises.

They might end up in relationships with guys who aren’t exactly their first choice.

However, they learn that love and romance are often products of the will. You can will yourself to be in love.

Not surprisingly, they tend to make the right choices when it comes to relationships. They tend to pick the right long-term partners.

More emotional signs of the horoscope would be more idealistic in their romantic picks.

Not surprisingly, a lot of these idealistic signs tend to be quite unhappy and discontented later on.

Libra women can be friends with almost anybody. The reason for this is quite obvious.

Nine times out of ten, they would choose to be friends with people because they feel that there’s enough of a balance among the people they’re dealing with. This is a great trait to have.

What this does mean is that they tend to focus on relationships as an exercise of will.

In other words, you can will yourself to be at peace with negative aspects of a friend’s personality.

This peace can then be the groundwork of a deeper friendship.

In fact, it’s not uncommon for Libra women to be such a stabilizing force in the lives of their friends that their friends overcome deep personal issues.

It is no surprise that many Libra women are sought after as best friends.

There is no such thing as a perfect horoscope sign.

By now, you should know this. When it comes to weaknesses, Libra women are weak in the lovemaking department.

This is kind of surprising because they tend to be well balanced. They tend to look at different sides of an equation. They tend to step into the shoes of other people.

Since lovemaking is really an emotional exercise that involves you getting into the mind of your partner, you would think that Libra women would make great bed partners.

Well, if you’re dealing with a rather immature or young Libra woman, she still hasn’t gotten the whole balancing thing right. She’s still trying to feel her way around.

In many cases, she can be quite selfish as a bed partner. She tends to focus only on her needs.

As she matures, the Libra empathy kicks in and lovemaking is taken to a much higher level.

If you are in a relationship with a Libra woman and you’re worried about your love life, it’s a good idea to wait a little longer.

In terms of career prospects, Libra women tend to do well in jobs that require a lot of analysis. This should not be a surprise.

Libra, after all, tend to weigh the different sides of an argument to come up with a solution.

They tend to talk to different sides of a situation to come up with a happy compromise. Not surprisingly, they make for great attorneys and management.

The downside is that they tend to get stuck in a rut. They can seem very lazy because once they figure out a system, they tend to stay with that system.

It is no surprise to find out that most Libra women tend to be stuck in the middle of most business establishments or organizations.

When it comes to money, if you want to get the most value for your money, you have to be a clear thinker.

You have to know the difference between value and price.

The bad news is that they tend to pay so much attention to money decisions that they end up making no decisions at all.

While, on the whole, this may be a good thing, it leads to a lot of frustration.

The downside is that they feel that they’re cheating themselves.

They feel that they are not living life to the fullest because they’re not spending the money that they feel they should be spending.

This can be a serious conflict in the minds of Libra women early. However, as they mature, they develop healthier money habits.

They also develop healthier attitudes towards money. In short, they adopt a more balanced approach to money management.

You have to understand that a lot of your effectiveness in handling money stems from your mindset.

If you have a balanced mindset, you can do a lot more with a lot less.

In terms of family, Libra women are solid. Why?

In other words, even if a family member is a jerk or is very difficult to be with, the Libra woman would be around.

It’s not because she loves you all the time. Maybe she hates you sometimes.

You have to remember that family is forever. Family bonds aren’t matters of convenience.

Your family obligations don’t depend on how you’re feeling in a certain day. Your emotions shouldn’t matter.

You should be there for your family regardless of how inconvenient and how bad it feels for you.

Sacrifice is a key part of being a good and responsible family member.

Libra women understand this. This is why they make great mothers, as well as great relatives.

On the other hand, they may play their roles so well that they run the risk of being stepped on. That’s right.

They can often be turned into emotional doormats.

The good news is that the more mature a Libra woman gets, the less of a doormat she becomes.

My Final Thoughts on the Libra Woman

In the big scheme of things, the Libra woman is right in the middle of the horoscope.

She doesn’t have the best traits, nor does she have the worst traits. Moreover, she’s in a great position to scale up.

The only drawback to the Libra is really analysis paralysis.

She can focus so much on weighing two sides of a matter or situation that she ends up not making a decision at all. This can cause a lot of frustration and anxiety later on.

You have to understand that life is all about action.

If you keep putting that off and you keep kicking the can down the road, nothing’s going to happen.

All the world respects is action and nothing but action.

The sooner you take action, the better it would be for you. Of course, this means running the risk of making the wrong decision and taking the wrong actions.

Regardless, you have to take action now. That way, even if you screw up, you at least have some time to make things right.