6 Reasons You Should Always Trust a Libra 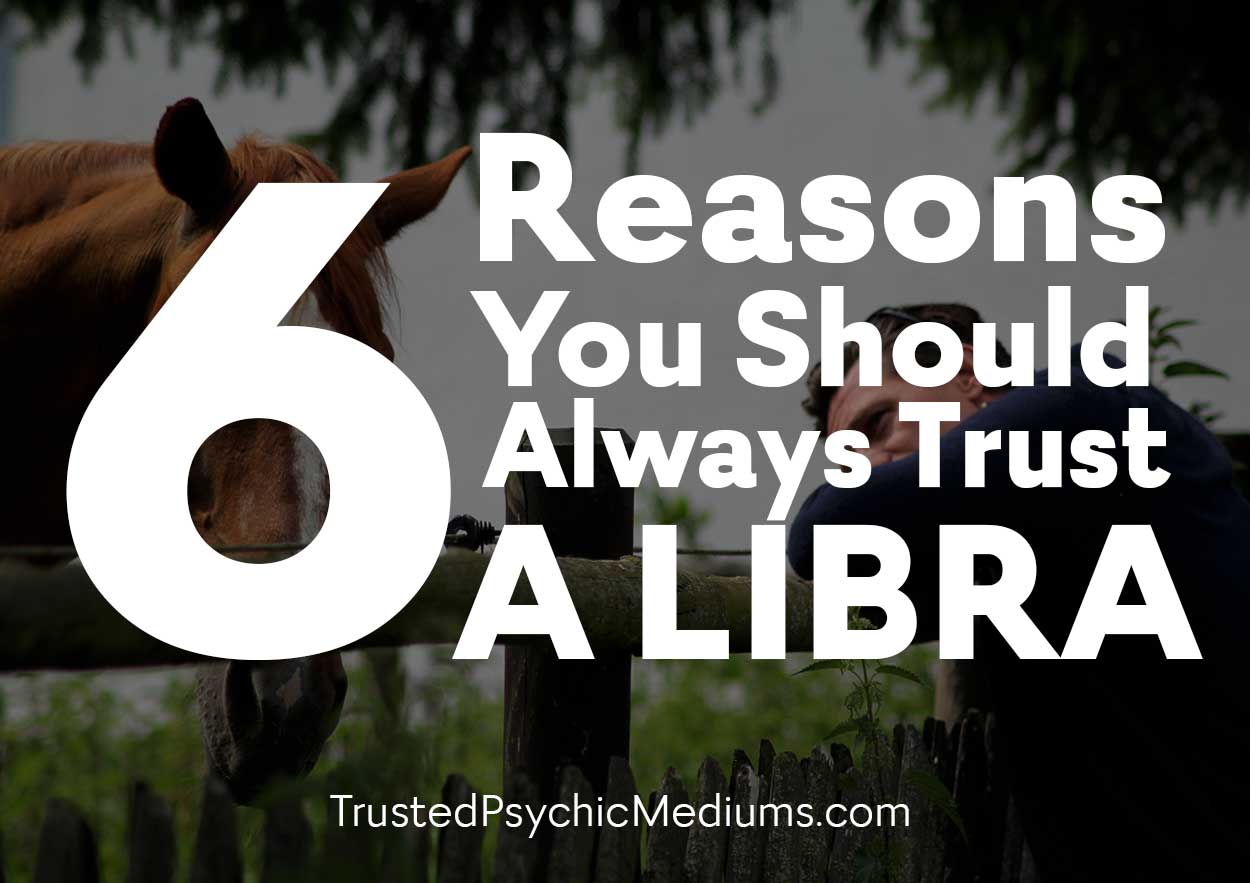 The title of this article probably has you rolling your eyes.

If you’ve had any dealings with Libras in the past, you probably will be quite skeptical about the title of this post. After all, Libras do have a reputation for being wishy-washy.

They have historically made a name for themselves for being quite indecisive. Well, the good news is that you can use all of that to your advantage.

In fact when it comes to the Libra sign there really is no such thing as purely negative personality trait.

It all depends on context.

It all depends on positioning. In some situations, a personality trait might be completely negative. In some context, it might actually be positive.

The same applies to the Libra.

Libras may seem complete flakes. They might seem quite superficial and untrustworthy but in many cases if you really know them and you find them in the right circumstances and settings, they’re the best people to trust.

Here are six reasons why you should always trust a Libra:

There are many horoscope signs that jump into something very quickly. For example, Capricorn can commit really early.

In many cases, they commit so early that they end up regretting their decision. A lot of them are very eager to sign on the dotted line and fail to read the whole contract and get a full understanding of all the terms.

Not surprisingly, they find out the hard way that they painted themselves into a corner.

Libra signs don’t have that problem. Libras take their time when it comes to deciding.

In fact, this drives the people in their lives crazy because they simply take too long.

The good news that comes out of this is that whatever decision they make is more likely than not, the right one.

Since they took a long time to way everything and analyze everything, you can trust that the decision is well analyzed.

You can trust that that decision is based on solid information. Libra is always big on making an informed decision.

Libras Weigh Each Side of an Issue Extensively

One of the most annoying features of the Libra personality is that they always look at the other side.

They always say “Well, on the other hand…” This can be quite difficult especially if you need a decision quickly.

The good news is that if you are in a policy-making body or in a business strategy group, this is a solid personality trait to have.

Let’s face it. Most people tend to get sold on a particular direction very quickly. They then end up trying to look for justifications for their positions.

In many cases, their decision is driven solely by emotion or impulse.

Libra, on the other hand, deals with the ideals first and they always move around to see if these ideas are sound.

You can trust that this decision-making process will always be mindful of the other side of the argument when it comes to a decision made by a Libra.

Libras Aren’t Afraid To Go Out On a Limb

Another great thing about the Libra personality is that they are not afraid to go against the crowd.

They are not afraid to say, “Well, hold on. Not so fast.”

They are not afraid to basically look at the other side of the argument.

Herd mentality has caused the death of many organizations throughout history and this is the worst way to go.

Libras don’t suffer herd mentality because they tend to go out on the limp. They tend to speak truth to power.

Libras Are Sensitive to People’s Needs

Another brilliant yet annoying thing about the Libra personality as far as opinions are concerned is sensitivity.

They are sensitive to people’s needs.

They understand that people have different needs. It is worthwhile for them to analyze those needs..

When somebody is suffering and they are there for their needs, they are very sensitive to what you’re going through and they can be very thoughtful.

One problem with Libra is that they can be quite slow.

They can be quite sparing with their compliments, but you can at least bet that they can be there for you.

Libras Can See the Big Picture

Sometimes, you can be so locked in to a particular conclusion that when a Libra tries to remind you to look at the bigger picture, you can be quite frustrated.

In fact, people get quite insulted by the Libras eagerness to step back, slow everything down and just focus on the big picture.

This is why in a Libra’s career, many have a tough time getting promoted at work.

But actually, this is one of the biggest blessings they can bring to any team or any organization.

Organizations have to focus on the big picture. Your team might suffer a temporary setback or two.But t he big picture might be quite bright.

Libras give team members time and opportunity to look at the greater context. This way, the right decisions are more likely to be made.

Libras try to do their best to get along with a team.

This might seem counter-intuitive since they tend to go against conventional wisdom.

The reality is that they can be quite sensitive. They are looking for all members of the team.

In many cases, their tendency to cast out or revisit certain things that certain people already agreed on is their way of looking after the team’s best interest.

But the truth is they have certain personality configurations that make them trustworthy.

Any words that come out of their mouths are very thoughtful.

You can trust their judgment and this is especially true when it comes to groups or organizations.