Why Flirting Feels Good When You are a Libra Woman 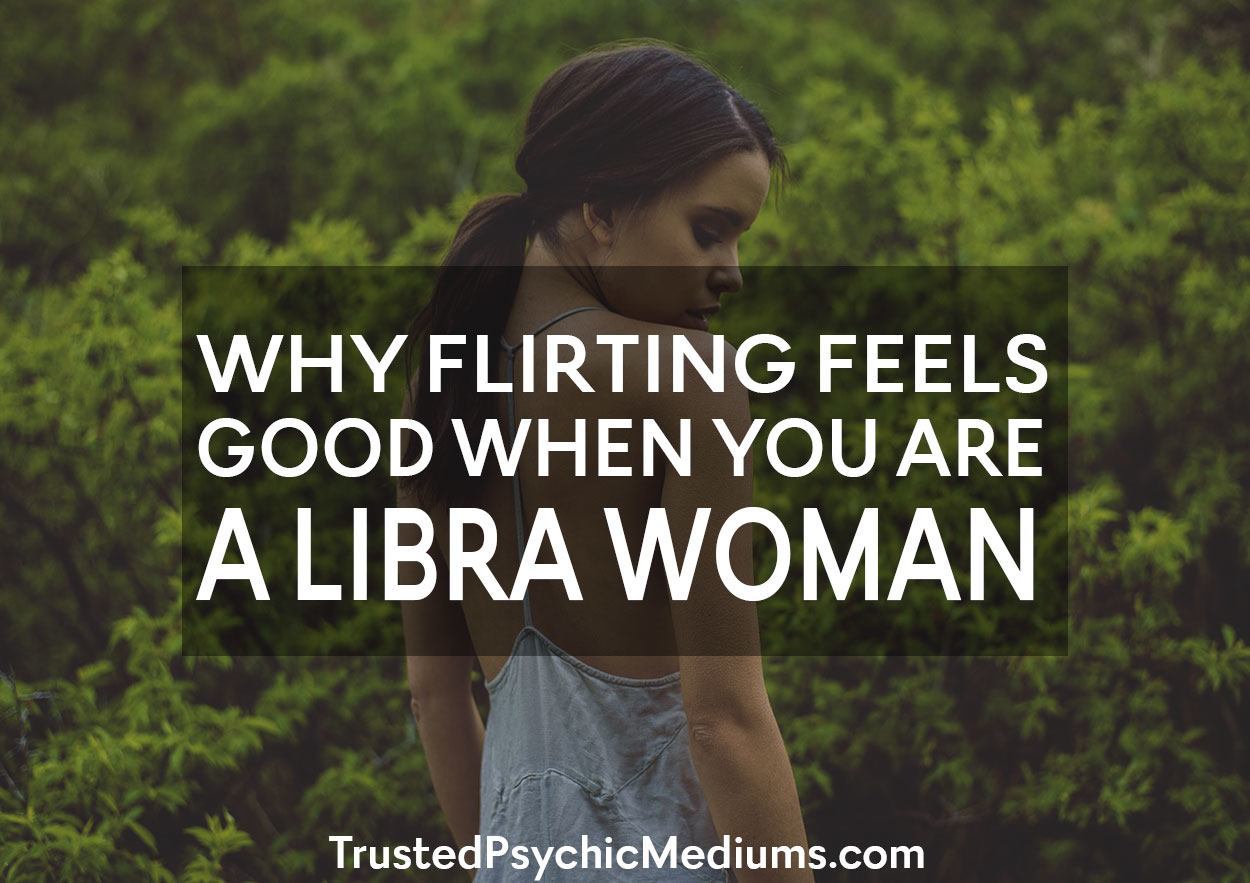 If you’re a Libra woman, you probably know all about this article. You probably already know that you love to flirt.

Flirting is really a very satisfying game for people who can’t make up their mind.

On the one hand, you want some sort of emotional engagement. On the other hand, you don’t want to commit emotionally to one person.

Flirting gives you the best of both worlds. You get to enjoy the positive emotional signals from the person you’re flirting with.

On the other hand, there is absolutely no commitment from you. You get to have your cake and eat it too. How awesome is that?

However, if you’re already in a relationship, and you feel that you can’t stop yourself from flirting, this is going to be an issue.

Like it or not, flirting is a form of infidelity. If you’re single, then there are no issues here.

However, if you’re already committed to somebody else, and you’re still flirting with other men, this is going to be a problem.

Libra women have this dilemma. They can’t seem to move past the allure and appeal of flirting.

As I’ve mentioned earlier, it allows them to have their emotional cake and eat it too. They get all this positive emotional attention from guys, but they feel free and easy because they don’t have to commit.

They know it’s just a game, and they assume that the guys they’re flirting with know that it’s a game.

The problem is when you’re sending out flirting signals, you don’t know where it would end up. At the very least, it would have the appearance of some sort of infidelity or cheating.

There are really now two ways about it. I know you can try to justify this or talk around it but that’s exactly what you’re doing.

Once you commit yourself to somebody in a relationship, part of the deal is faithfulness and loyalty.

Unfortunately, this is hard for many Libra women to accept. They try to paper things over with justifications like flirting is harmless or flirting doesn’t really involve romantic signals necessarily.

If you want to know what’s going on, just ask your friends who are witnessing you flirting with other guys. What do you think they will say?

Do you think they’ll say that it’s harmless or the guys know that it’s not going to lead anywhere? No.

Instead, they probably would be concerned. At the very least, they would put themselves in the shoes of your partner.

This is the partner that you are in a committed relationship with. At least, you verbally committed to him.

Another way to solve this situation for you to step into the shoes of your partner.

If you are on the other side of the equation, how would you feel when that special guy in your life constantly flirts with all these random women?

This really should be the standard that you apply. I know it’s very tempting to flirt because you get all sorts of emotional benefits when you flirt.

The truth about flirting

It’s like drinking Coke Zero. It tastes sweet and it tastes like Coke, but you don’t get calories.

It’s kind of like the best of both worlds.

Well, unfortunately, if you look at the label of Coke Zero, there’s actually a pretty interesting chemical there and who knows what that chemical’s long-term effect will be on your health?

The same goes with flirting. You might think right now that it’s harmless, and you’re just sending out flirting signals because you are addicted to the positive attention, but you need to look past that.

Does this mean you’re committed? Does constant flirting actually reflect the depth of your love and emotional attraction to that special man in your life?

These are hard questions that you need to confront because maybe the reason why you are addicted to flirting because you haven’t really fully committed to that special person.

Real relationships change people. You have to understand that.

Instead, a real relationship actually becomes a third party or its own being.

It’s like when you get married, under the law, your marriage becomes a legal entity. Your legal rights changed because you got married.

If you don’t see that change translating to you being able to resist flirting with other guys, this means that maybe the relationship doesn’t exist.

At the very least, it doesn’t exist in your head. It’s not important enough. It doesn’t have enough consequences as far as your behavior is concerned.

This might be a good opportunity for you to ask your partner to discuss taking a break. Maybe you need to cool off from your relationship until you get that urge to flirt out of your system.

Flirting comes naturally to Libra women. They feel that they get the best of both worlds.

They paint themselves into an emotional corner and nine times out of then, they are totally unaware of it.

This can lead to all sorts of negative consequences. It’s a good idea to either stop flirting or take a break from your relationship.