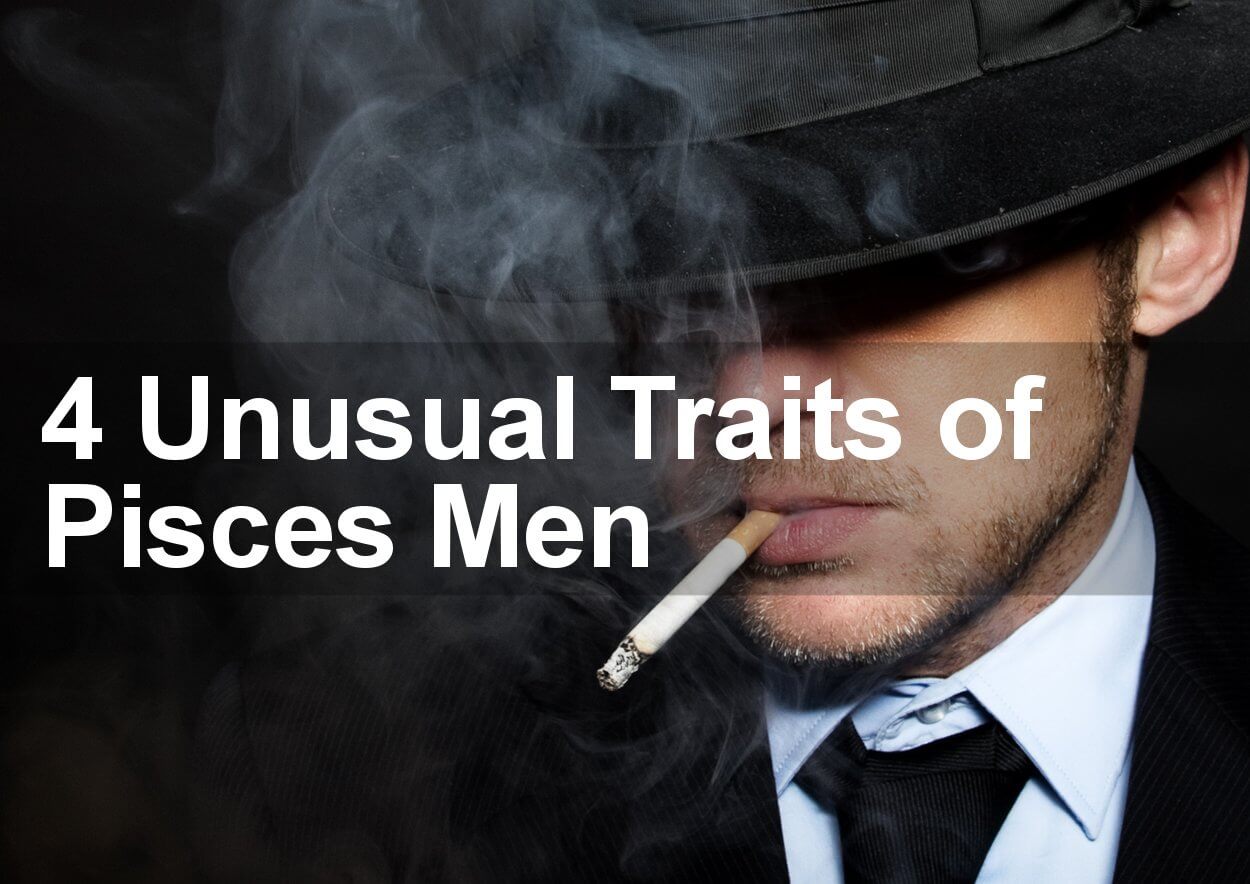 This special profile is all about the traits and characteristics of the Pisces man. In this special report I will reveal the four most unusual traits of Pisces and give you my own expert opinion on these characteristics.

Usually, I try to get away from categorical entries regarding specific horoscope sign. The reason for this is that horoscopes are only correct in terms of general corrections.

Let’s put it this way. Let’s say you’re swimming near a beach, and you feel the current of the water moving against you. That’s the general direction of horoscope signs.

Why? There’s this thing called human freewill and as you well know – we all have freewill.

While some philosophers would like to claim that freewill is an illusion, the reality is that we can say yes or no.

Why? The world rewards action.

How you interact with other people. What you do with your life. If you respond to certain external stimuli with mental pictures that provoke this emotional reaction that triggers physical action, it leads to result, and unless you are very aware of this process, you can end up in a place where you don’t want to end up.

The horoscope system for Pisces men predicts certain things because that’s how they normally go through the chain reaction I mentioned above.

There’s still space for freewill here because if you know one hundred Pisces men, chances are, there are many differences among them. However, if you are going to have a heart to heart in-depth conversation with them, you would see general patterns.

With this in mind here are four unusual traits of all Pisces men.

There are several trends within the Pisces male psyche. On the one hand, there are people who are trying to keep it real. They are very big on emotional integrity. They want to basically be emotionally real at all times.

Interestingly enough this is usually the younger Pisces man.

As the Pisces man gets older, this heightened emotional sensitivity tends to degenerate into plain old insecurity. It can sometimes lead the Pisces man to cheat or be unfaithful. Instead of becoming this highly emotionally advanced being, many Pisces men choose the easier path.

The easier path is to be sensitive to how people respond to you but not really being sensitive as to how you impact other people. In other words, instead of a two-way street or seeking others, it becomes a one-directional type of mentality.

Pisces Guys Can Talk It Out

Another unusual and interesting trait about Pisces men is that they can talk emotions out.

This is why it’s not very hard for psychiatrists to break through to many men because of these several layers of defense mechanisms.

Pisces guys don’t have this problem because they can talk it out. This is quite an unusual trait with them, but if you look at their emphasis on emotional authenticity, even if they outgrow that a little bit as they get older, there are still enough traces of that to enable Pisces guys to truly talk out their emotions.

Pisces guys can talk it out, sure, but in many cases, it can be narcissistic and self-serving. So, you have to be very careful when Pisces men in your life is talking it out with you. Make sure that you are helping lead the discussion to where it needs to go.

Pisces Men Can View Rejection as a Form of Tension

A very unusual trait of the Pisces man is that he might interpret your rejection as a form of attraction or attention.

This may seem weird and awkward, but that’s how they roll. Some of them consider this as a plea for help. A lot of this is wrapped up in their inflated ego regarding their ability to talk to and listen to women.

So if you reject them, they might think that there’s something with you, and you need their help all the more.

If you are a Capricorn woman or a Taurus woman and you’re with a Pisces man, and you’d like him to get his acts together, you have to look at your Pisces man as a whole.

To the Pisces mind, success isn’t all material. In many cases, the material success that they enjoy is just an outward manifestation of something deeper that they value more. They value, as mentioned earlier, emotional authenticity. They value keeping it real. They value emotional connection.

If you have a Pisces man in your life and you think that he’s not financially ambitious or he’s not really pushing himself and applying himself to reach his fullest financial potential, you might need a reality check yourself.

You have to look at his values and define his success based on his eyes. You’d be surprised at what you would find.