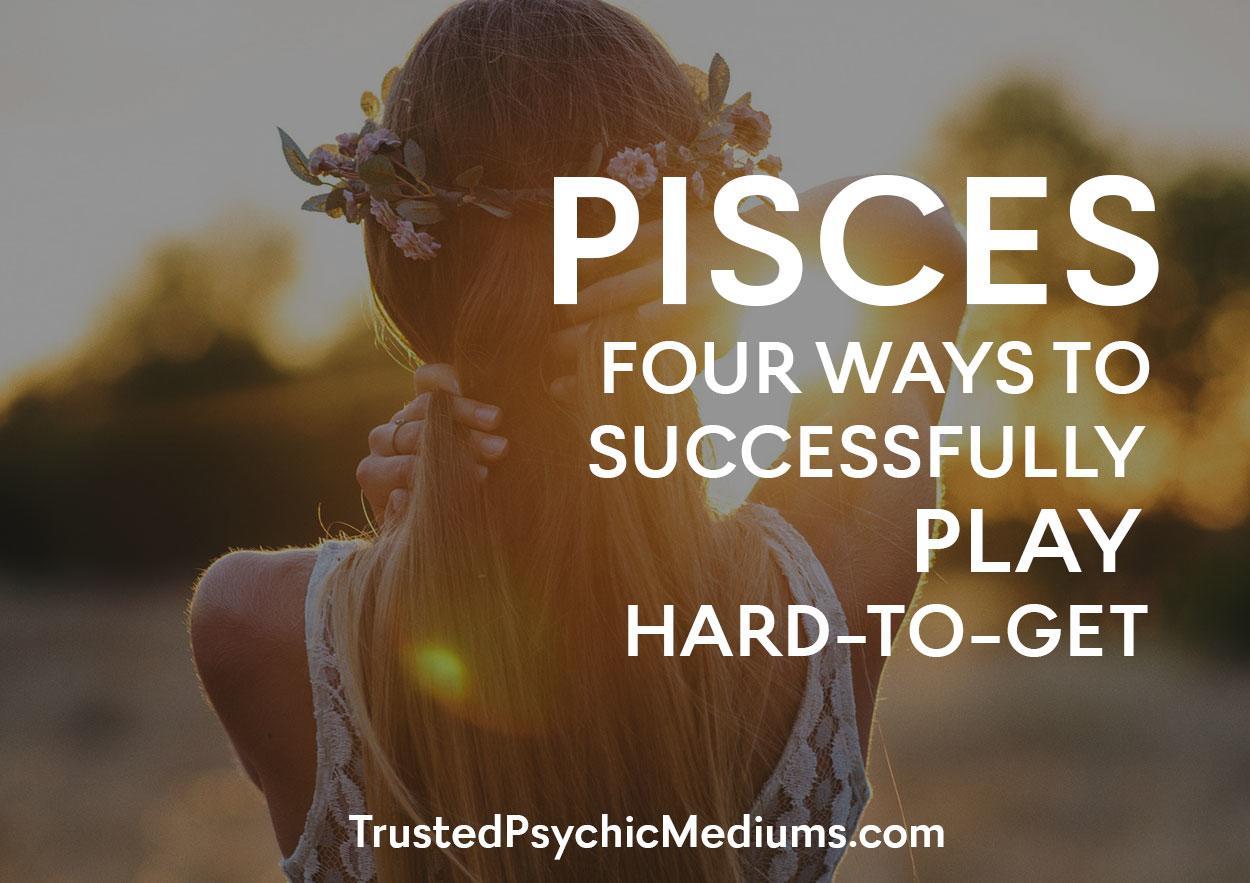 It’s very hard for Pisces people to play hard-to-get. It really is. Why?

They wear their hearts on their sleeves. With most Pisces people, what you see is what you get.

This should not be a surprise. After all, most Pisces people, women in particular, are very big on emotional authenticity.

This makes Pisces women very loyal friends. This makes them one of the most compassionate, loving, and caring signs of the horoscope. They know how it is to hurt, to be alone, and to be taken for granted.

This is why they can be very loving people.

Unfortunately, this is also their weakness. It’s easy for them to get taken and get manipulated.

Given the right kind of signals, it’s very easy to trick a Pisces woman to doing your agenda.

They keep coming back.

If you want to avoid all that unnecessary drama, you need to play hard-to-get.

You need to play hard-to-get because you need the other side to prove themselves. At the very least, you need them to come out with their agenda.

This way, you make a truly informed decision.

You have to remember that most of the time, people are not what they appear to be. It’s very easy to think that somebody wants to harm you when, in reality, they’re the best thing that can happen to you.

On the other hand, somebody that looks like a guardian angel will turn out to be the devil himself. Pisces fall for this all the time.

You have to play hard-to-get so you can give yourself the time and space to truly read the other person.

This way, you don’t rush into committing to the wrong person.

You can’t rush the moment. If you do that, you will continue to fail again and again.

You imagine things that aren’t there. You think that something is what you imagine it to be when it really isn’t.

You have to let the moment unfold and let time work its magic.

Unfortunately, too many Pisces women let the moment get to them. They get all caught up in the moment because of the emotional signals.

Not surprisingly, nine times out of ten, they make the wrong choice.

The good news is a lot of this can be avoided or simply be sidestepped by simply giving the moment the time and space it needs to fully unfold.

You’d be surprised as what you would discover.

Stop reading too much into the moment

Another way you can screw up in terms of your choice of man is to read too much into the moment.

In many cases, you are so desperate for your personal knight in shining armor that you imagine a bum as that special man that would save you from your life.

Let’s face it, there is no such thing as a damsel in distress. Superman is not going to show up to take you from the railroad tracks. There is no emotional savior in your life.

The only person that can truly deliver you from the emotional unease or insecurities you have is yourself.

Love doesn’t come from outside. It comes from the realization that you have from within.

If you are able to understand this, then you would really make progress in all areas of your life.

Unfortunately, just because you think highly of a person doesn’t necessarily mean that he would live up to your ideals.

In most cases, he will continue doing things the same way he has been doing things. He is who he is.

You would be like that alligator with a scorpion on its back. You remember that story, right?

The alligator said, “Well, you’re a scorpion. You sting other animals, and you kill them.” The scorpion then says, “Why would I sting you when I need to cross the river?”

However, before they drowned, the alligator asked in desperation, “Why did you sting me?” The scorpion said, “That’s my nature.”

People have their nature.

Guys who are going to hurt you will hurt you nonetheless. Regardless of how highly you think of them or what you imagine them to be, they will harm you time and time again.

They are that scorpion. That is their nature.

You can do yourself a big favor by stopping this tendency of yours to read too much into moments and into people.

Learn to recognize them for who they truly are. A snake will always be a snake.

When you are in the early phase of your courtship ritual, there are a lot of signals being sent.

Unfortunately, in many cases, Pisces women are so caught up into their emotional ideal of the kind of relationship that they want that they completely miss out on these signals.

You only need to stop and listen and see to see the reality of the situation.

You’d be surprised as to how many emotional abused Pisces women could have prevented their situation.

All they needed to do was to take a long hard look at the guy sending them all these signals.

In most cases, they can already tell that this guys is bad for them or would be toxic to their relationship. Still, they fell for the guy. Why?

They didn’t learn to stop and listen to the signals as well as send the right signals. In these cases, they only have themselves to blame.

Draw the line with your emotional intensity

It’s okay to be emotionally intense. However, you need to do this only with the right people.

You can’t just trust everybody. In fact, you shouldn’t trust at all a lot of people out there.

They will only damage and harm you. A lot of the times, it’s very hard to outlive or outgrow the harm that they inflict.

Always know where to draw your lines with emotional intensity. Be very careful of who you trust.

If you’re a Pisces woman, and you want to become a happier person in terms of your relationships, you need to pay attention to the four things I raised above.

You tend to do things in patterns. If you are not fulfilled or completely happy right now, you only have yourself to blame.

By developing the right emotional habits, you can get on the road to healthier relationships.