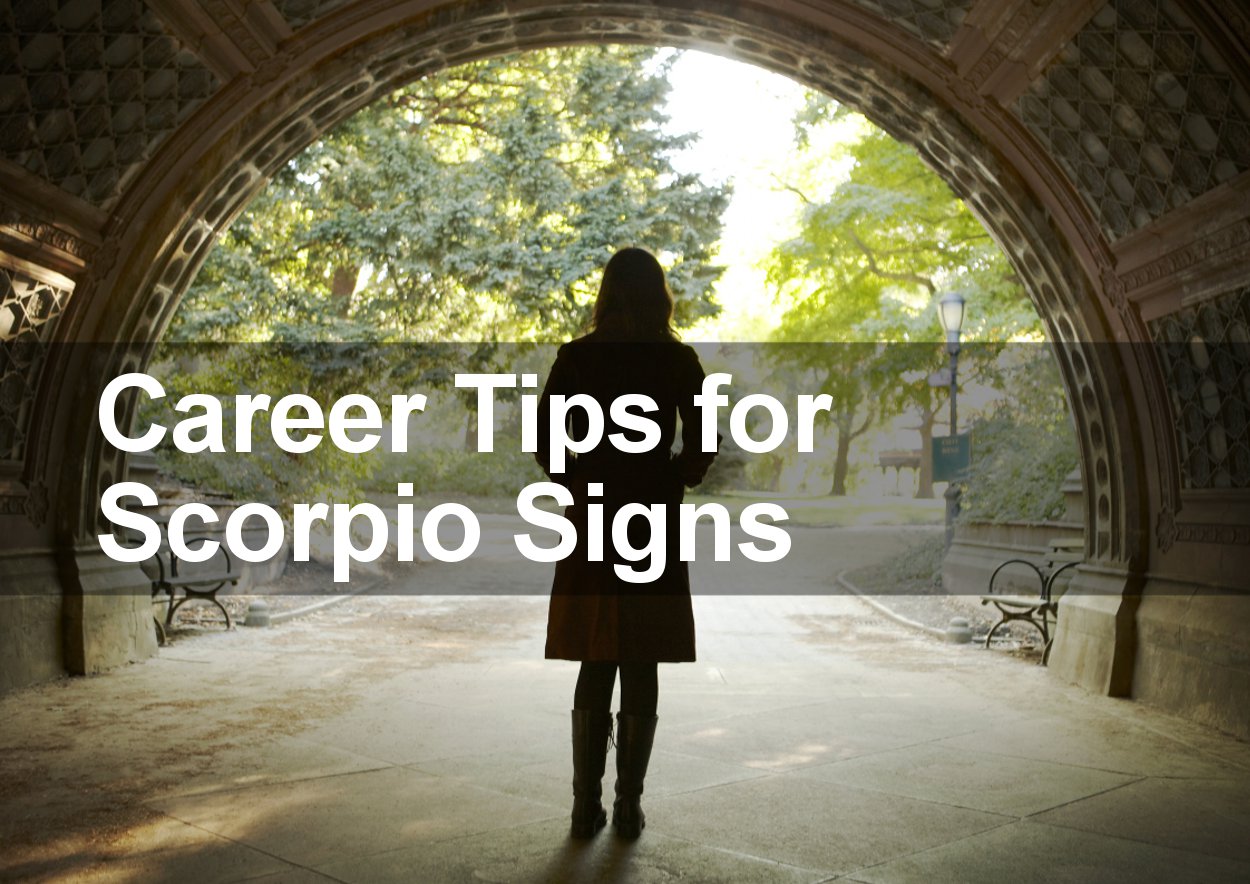 For people born under the sign of Scorpio, career issues really just boil down to one thing and one thing alone. Just like most other aspects of your life, how well you do in your career really can be summed up by one word: Passion.

The great thing about the Scorpio personality is that you are driven by passion. Even if there’s not much material reward there, or even though there might not be much social recognition regarding your projects, it doesn’t really matter to you. What matters is personal fulfillment.

In many ways, this is very enviable because most other people end up pursuing things for the wrong reasons. Finally, at the end of the road, they end up asking themselves why they did what they did when in the end, it didn’t really matter.

You don’t have that problem. You’re the type of person that does things because of passion.

This is a key factor behind the Scorpio personality that really needs to be analyzed, especially in the context of careers. This goes a long ways in explaining Scorpio’s typical career moves.

While some other people might be scratching their heads as to why you do the things that you do, if you completely understand the impact and power of passion in your life and in your choices, it all makes sense.

Not only does the concept of passion and emotional intensity help define your behavior, it also helps explain why you make certain decisions at certain times.

Your Loyalty Is Your Biggest Asset

The Scorpio does things not because he or she is motivated by money or by what other people think.

The main driver for Scorpio, nine times out of ten, is primarily their passion.

They’re not usually the kind of personality that will start something and then drop everything once things start getting hard.

If anything, the Scorpio puts in twice as much effort once things start getting harder. They believe in the saying, “If you go in, go all the way.”

This is why in any kind of career or corporate setting; the Scorpio is an asset, seriously.

Remember: one of the biggest factors to any enterprise’s success is the loyalty of its members.

You don’t want a business where 90% of the people there don’t really want to be there.

Focus On the Whole Team, Not Just One Person

When this happens, the Scorpio becomes conflicted for a short period of time. Eventually, they Scorpio loses faith in the whole project because the person that they are loyal to lost faith in the project.

This is a big weakness with the Scorpio personality. They tend to be very personality-driven. Instead of focusing on the cost, the enterprise, the business, or the corporation, they focus instead on the person that took them under his wing, the person who mentored them, and the person who coached them.

As you can probably already tell with this scenario, Scorpios can be easily manipulated. They can be seduced into basically becoming puppets of people who might not have their best interest in mind.

This is why from a career perspective; Scorpios would do well to focus on the whole team and the whole project, not just on only one person. Be loyal to the large enterprise, not to specific personalities in that enterprise.

As I have mentioned earlier, Scorpios are driven by passion. As you probably already know, passion can only take you so far.

If you are a Scorpio and you want to advance in your career and you really want to enjoy the kind of career that you think you deserve, you would really do well if you keep things in perspective.

One of the biggest enemies of passion is constant disappointment. As I’ve mentioned earlier, when faced with challenges, Scorpios don’t back down; they would double their effort and they would put in more energy.

This is why it’s always a good idea to keep things in perspective because regardless of how awesome the team you’re part of, you are bound to run into challenges.

The world is an unpredictable and unstable place. Deal with it; that’s the way it is.

By keeping things in perspective, going with the flow, and working with things you can grow and just basically just doing the best you can, you can do well in your career.

However, if you take things personally or you let yourself burn out, you will easily find that any forward progress in your career will come to an end.

Failure Happens, Get Over It

You have to look at failure from a completely different perspective. Failure is actually what sets you up for success. It’s very hard to learn from success.

It’s easier to learn from failure. Also, failure strengthens your character. In a very real sense, failure is a necessary ingredient in this project called life.

When you understand that failure does happen and that it doesn’t have to shake your confidence, your love, or your passion, you would enjoy greater success in your career.

Make no mistake about it. Failures happen, get over it. Always be ready to let go and move on. The more you hang on to something, the more it will burn you and sap your greatest asset, which is your loyalty.