Scorpio star is the most misunderstood zodiac sign. Scorpio is administered by Pluto, the planet that reigns over both annihilation and change. At best, Scorpion energy is aggressive and alluring. On a day when things don’t go in their favor, the shadowy side of Scorpio comes up, which is driven by a constant craving for control.

Scorpio people are paradoxes unto themselves – they want to be alone but crave companionship. They don’t let anything sway their mood, yet are at the same time ruled by their emotional selves.

It can be difficult for a star sign of this intensity to lead a happy life in a world so often so swift to try and subdue it.

However, Scorpio people are the most insightful in the zodiac, with a piercing way of cutting to the truth of a matter as soon as swooping their famous gaze upon it.

Yet Scorpio people often endure tremendous difficulties over their life, and for that reason, are always keen to draw more good fortune to their side.

Scorpio people, even if they are not conscious of it, are very aware of the undercurrents that flow beneath the perceived manner of our existence.

With that in mind, Scorpio people looking for good luck in the year 2022 and beyond are advised to keep their luckiest numbers in mind.

The number 9 is a surprisingly loaded one in terms of its spiritual meaning as much as its mathematical value and monetary connotations.

However, as far as it concerns being a lucky number for Scorpio, number 9 and its financial connotation is a big thing to consider.

Look around yourself when you’re next in the store – everything is priced just under its true value, all the time, all around us. It’s not $10 – it’s $9.99, right?

Scorpio is a star sign ruled by money and the power and influence that it brings, but also the undercurrents of mystery and power that go with them.

Scorpio rules other people’s money – the very essence of what commerce and trade are about exchanging.

Scorpio people looking to raise their standing in the world of wealth and career are advised to see the moments in which the number 9 crops up unexpectedly.

It’s often connected to the ways in which Scorpio people can raise new funds and receive unexpected lucky windfalls.

The same can be said of romance as well, though, a very important part of life for Scorpio people.

If a new love enters Scorpio’s life this year, don’t be surprised if their home address is number 9 in their street, or their birthday falls on the 9th of a given month.

At the most immediate level, 18 is both two times 9, our last lucky number, as much as being written in numbers that can create 9 by themselves – 1 plus 8 is 9, after all.

This all speaks volumes as to the lucky nature of the number 18 as a number of good luck for Scorpio people, but this number also has plenty of its own special meaning that Scorpio folks can draw good luck from.

Scorpio people who turn 18 during the course of 2022 are especially promised a remarkable year of unexpected positive opportunities, much-needed closure for past injustices and heartbreaks, and of receiving a sudden insight into the direction life needs to take – and who stands as most trustworthy to take with them on the journey.

However, the number 18 is a number signifying the coming of age and of maturity.

In this sense, when Scorpio people of any age encounter the number 18 and begin to notice them arising more and more in life, it’s a sure-fire way of recognizing that plans that have been running under the radar for some time are about to be realized in a positive way.

A much-needed house move, a sudden shift to a more prosperous career, or a long-awaited confession of affection from a lover to be can all reach a point that blossoms into everything a Scorpio can ask for when lucky number 18 is attuned to in this way.

Again, the most obvious connection here is that 2 plus 7 makes 9, and that’s every reason as to why the number 27 is lucky for Scorpio people.

However, once again, there’s far more to this story than that sum alone might suggest.

Some clients with whom I’ve worked have joked, optimistically enough, that 2 and 7 mean twice as much luck for the Scorpio than what the lucky 7 would mean for anyone else.

You have to chuckle at that interpretation – how very Scorpio to take such an extreme view!

However, the number 27 is more a distinctive number that captures the attention of the ever-vigilant Scorpio soul – indicating to them that they’re on the right path.

A sudden windfall that falls via a contracted invoice 27 days after a job is completed, for instance, or suddenly meeting your soulmate – and find out their birthday is the 27th of the month.

Funnily enough, the 27th of each month tends to be a day in which events tend to flow in Scorpio’s favor.

The People who are being followed by the Scorpio to chase down payments suddenly have the money to pay up, and maybe even a little interest to say sorry.

Phone calls to say whether or not you landed that dream job suddenly come through on the 27th of a month, while prospective new dates and partners you may have been chasing suddenly agree on the 27th to meet for a steamy secret meeting.

More than this, though, watch out for the number 27 in addresses, street names, even your bank balance, dear Scorpio. It’s a clue from the universe that things are going your way.

Yes, yes, I know what you’re thinking – 5 plus 4 is 9, of course! However, this is not just a mathematically lucky number but also one that speaks of nurturing, inner confidence, and inner peace.

These are, although perhaps Scorpio might never admit it, very important things for Scorpio people to nourish within themselves.

Beneath their pride and calm exterior, Scorpio people often have deep-seated doubts and vulnerabilities that they dare not express.

The sudden appearance of 54 here and there is not only a sign that Scorpio is safe and being watched from on high but also a sign that those around them at that moment are safe to entrust their deepest selves to.

The number 54, should it appear on a restaurant table number, on your hotel room door on a business trip, or on the house, you’re about to move to, is a clue from life itself that healing is on the way.

Good luck and moments of calm that enable valuable introspection and inner soul work are promised by this number – Scorpio must be ready to commit to these deep and searching questions during 2022, of course.

Is 63 really a lucky number?

Some numbers that are lucky for star signs in 2022 seem a little random, even if you take the once again obvious mathematical element of this example – 6 plus 3 is lucky Scorpio number 9 – into consideration.

The number 63 is a number that signifies a sudden moment of awareness that brings everything that once seemed disconnected into focus.

This is very important to Scorpio people because often, these folks take action in ways that rely entirely on instinct and gut feeling.

If you ask a Scorpio why he or she is doing something, they will insist it just ‘feels correct’ more often than not.

When the number 63 is present, however it manifests, it often invites Scorpio to take a step back, see the big picture, see how all the puzzle pieces fit together, and then bring it all into one – unlocking huge inner potential and an energized run towards good fortune in the process.

And of course, those Scorpio people who are turning 63 this year will find a sudden sweep of good luck overcoming them – and a strangely renewed feeling of vim and vigor to enjoy it with.

Scorpio people have a wary side, to say the least, and certainly don’t shy away from voicing their concern when circumstances see their hackles are raised, or they feel wary about investing their time, money, or energy into something.

Bring the unlucky numbers into the conversation, and their natural wariness only grows.

Scorpios are not foolish people and certainly wouldn’t assume – given the dualistic nature of life – that there can be lucky numbers for them in 2022 without unlucky numbers for Scorpio in 2022 to balance that out.

The unlucky numbers for Scorpio might well surprise you, though.

For instance, the number 34 is very unlucky for Scorpio to be aligned with, bringing with it lots of things that Scorpio people really dislike – gossip, betrayal, and untrustworthy people all too keen to stab them in the back to get what they want.

Perhaps more jarringly, the lucky number 7 is actually really not too fortunate for Scorpio people, particularly in 2022.

While it’s usually the number of luck practically everywhere in the world for Scorpio people, it instead signifies a sudden change of circumstances for the worst – an abrupt way of pulling the rug from under these meticulous people.

Already I’ve heard from dear Scorpio friends of mine who’ve received a nasty phone call or message containing some bad news during the course of 2022 – and when did most of these seem to arrive? 7 PM – chilling stuff!

Always do this when you see lucky number 90

Scorpio people have, as we have discussed, got a connection of good fortune indeed to number 9, but also to the number 90.

It’s worth delving into this simply because the number 9 crops up very often in life, while the number 90 emerges in life far less frequently.

So, in other words, this number and its presence in life for Scorpio people often signifies a far more noticeable clue to good luck heading their way.

A property that is number 90 on the street is often an important place for a chance encounter to go favorably, for example.

Likewise, the number 90 can signify the number of a windfall that seems to come out of nowhere – the tax rebate a Scorpio person receives during 2022 might well be $90, but hopefully more!

Scorpio people often get dealt a bum hand in life, but only because the universe understands that these people have the courage and strength to push through and see the other side.

Scorpio people learn fast in life that the physical world is just one part of the greater whole and that other aspect of life can contribute – for good or for ill – to how well life can pan out.

Attuning to lucky numbers is something that even the most skeptical of Scorpio people will often consider due to a really intrinsic gut feeling within these folks that there is so much more than it often seems to every part of life.

By keeping these lucky numbers in mind, and using their powerful perceptive abilities to notice when these numbers pop up in unexpected places to guide their progress, will lead Scorpio folks to love, money, and success aplenty. 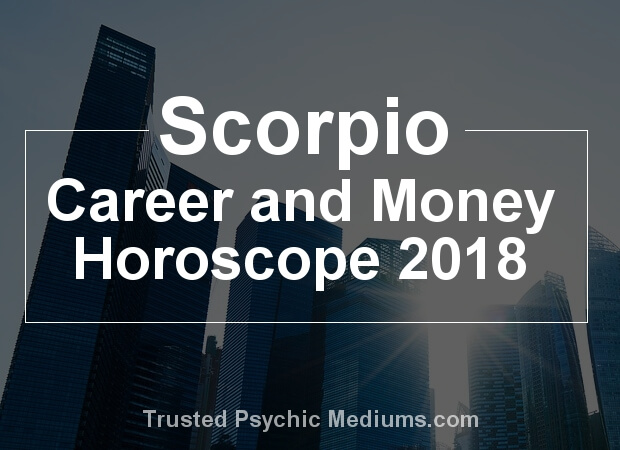