Three of the Best Traits of Scorpio Women 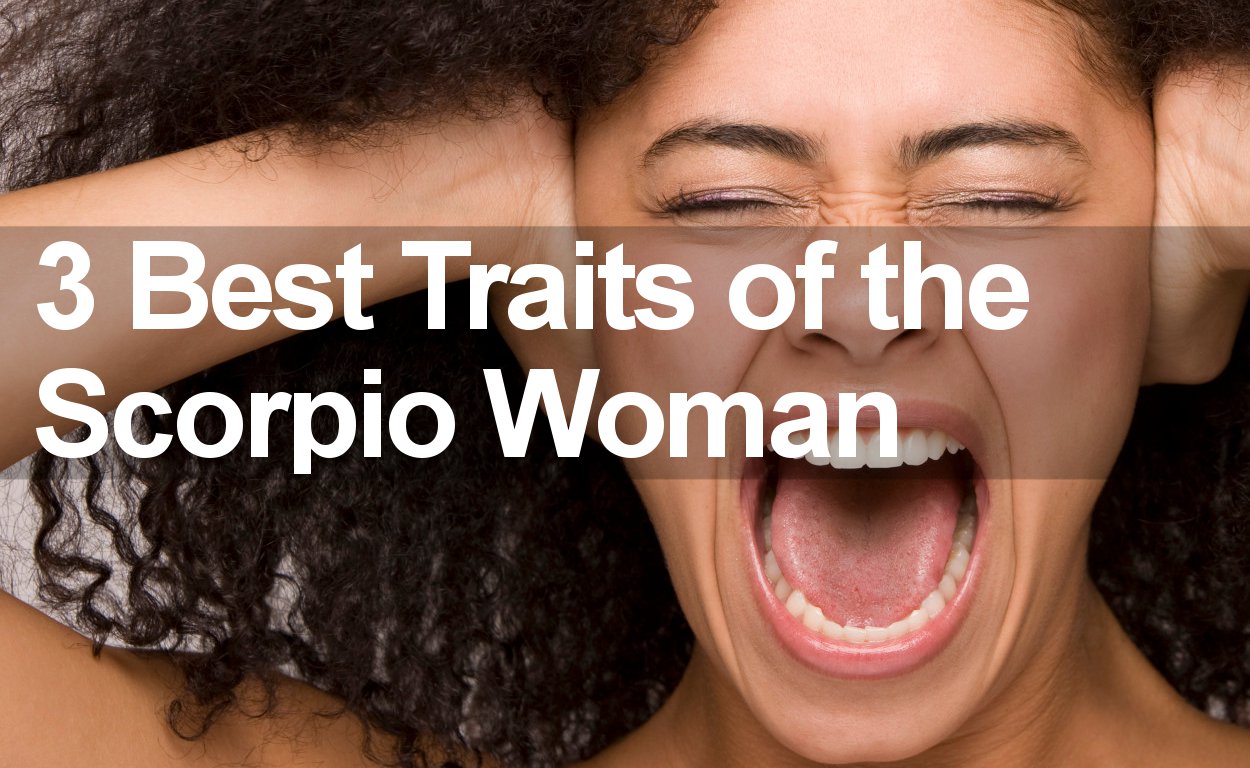 The title of this blog post probably has you chuckling. If you have any knowledge of the horoscope at all, you will probably already know that the accepted knowledge regarding Scorpio women is that they’re great in bed.

This is the general Scorpio tendency of both Scorpio women and men. They are great in bed, however, this is just one of their best traits.

As I mentioned earlier, the actual list is quite long, but I have, through heroic efforts, distilled the three best traits of Scorpio women.

The Best Trait of Scorpio Women: Great in Bed

A lot of people would think that great lovemaking is that point during the intercourse act when hairs on your back and hairs on your arm stand up and you feel like your mind has been lifted off the ground. We’re not just talking about feeling really good with your body, but feeling like a tremendous sense of relief and release.

It’s as if you’re lifted off the ground. It’s as if you’re on death row and somebody said the governor or the president has pardoned you, you can leave now. It’s a weird mix of emotional, mental, and physical states.

It’s easy to conceptualize the love intercourse that way and for the most part, you would be absolutely correct if you define lovemaking this way. But there’s more to an intercourse than that. And this is the secret of Scorpio women.

They are great in bed, not because of technique. If we’re just talking about getting a man to ejaculate, getting a man to feel hairs stand up all over his body, and feel his mind freeze up, females of other signs of the horoscope can figure that out.

In fact, there’s an Indian tradition called Tantra, which is all about training yourself to not just to intensify orgasm, but prolong it. Women that practice Tantra, usually Western women that travel far and wide to learn this, but also women from all over the world, report orgasms as long as nine hours.

Imagine that! A nine-hour orgasm.

My point is if you’re just defining great action in bed in terms of its physical dimension, you’re missing out.

What Scorpio women bring to the table is that emotional and spiritual component of great lovemaking. This is why many guys throughout history feel that they’ve hit the jackpot when they have married or gotten into a physical relationship with Scorpio woman that knows what she is doing.

They are great in bed. But precisely, the emotional component is there, too. If you’re really honest about it, lovemaking is only ten percent physical, it’s that 90 percent spiritual, emotional, and mental component that makes it truly amazing.

It’s very hard to disappoint a man when it comes to lovemaking because to most men, an orgasm is an orgasm. However, when you meet a developed man, meaning a man that has reached a higher level of spiritual completion and mental development, the physical aspect is almost forgettable. He’s looking for something higher. He’s looking for more.

This is precisely why Scorpio women are so great in bed. They can deliver. You have to understand that real communication among people, especially people who are very perceptive, very intelligent, very emotionally in tune and developed involves many signals and Scorpio women are great emotional communicators.

They can communicate without saying anything. This is a very powerful talent and quality to have because in many cases, words fail us.

In many cases, our actions are only a certain portion of the complete story. You have to be an effective social communicator for things to happen, for an organization to truly move forward.

It’s not unusual for Scorpio women to climb the corporate ladder fairly quickly, not because of their gender prowess, but they’re great emotional communicators. This is especially true if you’re working for a media company.

The Most Passionate Best Friends and Supporters in the World

If you’re looking for a truly loyal friend, a friend that is so loyal and that believes in you so much that she is willing to die for you, look for a Scorpio female friend. Seriously, Scorpio women are extremely loyal.

What makes them loyal?

She will give it everything she has. That’s how amazing she can be. She’s both a friend and a supporter. She can accept you.

Whatever flaws you have, whatever weaknesses you have, she can accept you fully and give you the love and respect you need to fully blossom. And most importantly, become an independent person. That’s how great Scorpio women can be as friends and supporters.

The downside to this is that if you betray them, or if they feel betrayed by you, you start heading for the hills because Scorpios don’t just believe in getting even. Getting even is eye for an eye. No, we’re talking about a life for an eye. In other words, they will not stop to do whatever it takes, however long it takes to destroy you. That’s how intense they can be.

You and your loved ones will have hell to pay. Scorpio women believe in a scorched earth policy applied to the emotional realm. Don’t ever screw with them. It may be the last thing you would ever do.

You would still continue living, but the emotional scars would be so deep and so wide that it might as well have been better if you die physically.