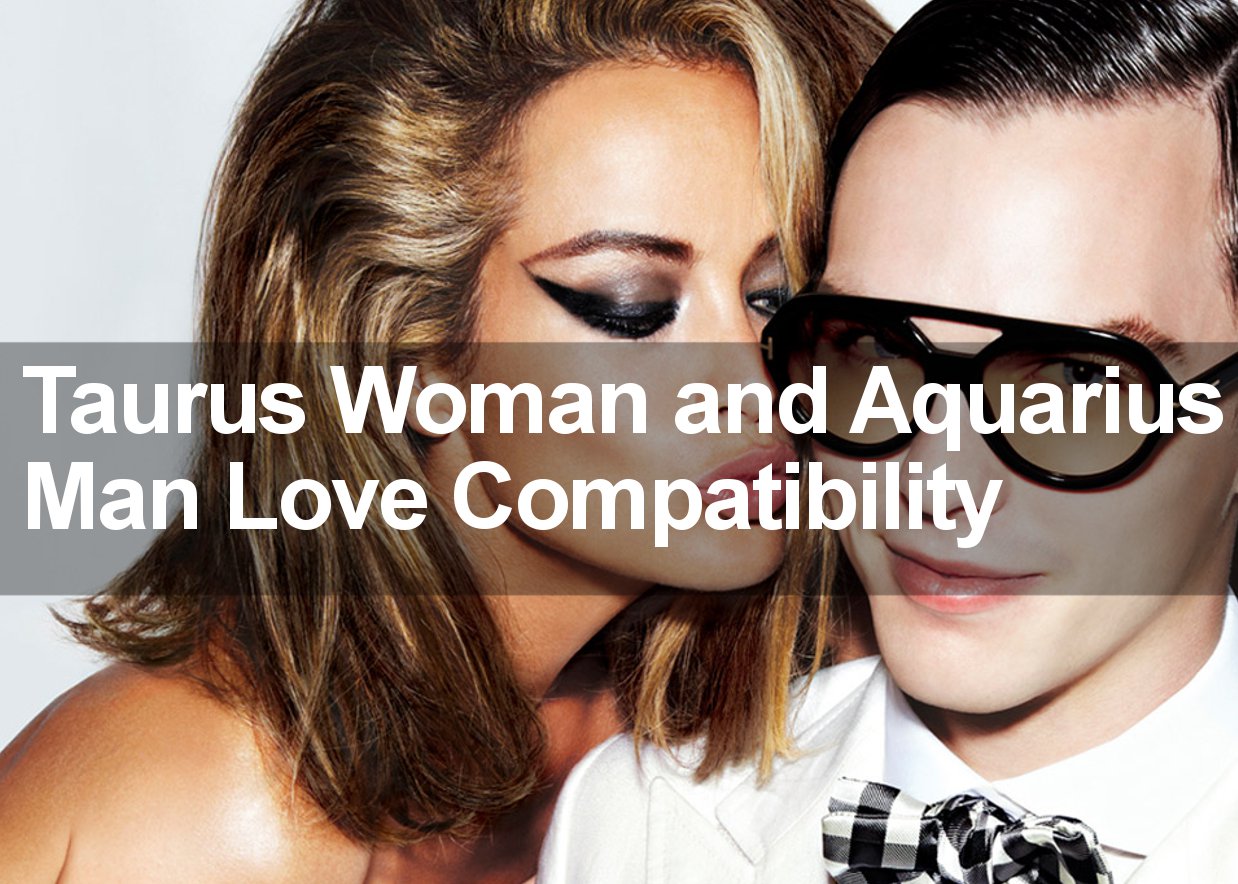 When trying to figure out Taurus woman and Aquarius man love compatibility, one key factor stands out: both are future-oriented signs.

Just like with any other point of commonality with other horoscope signs, this can either be a good thing or a bad thing. You have to understand that with astrology, there are certain combinations that might look great on paper but don’t really pan out in real life.

It seems that the reality of our modern waking world just gets in the way of what would seemingly produce an ideal relationship.

Alternatively, there are combinations of horoscope that you might think would produce the worst love compatibility.

It would seem like that you’re just mixing water with oil. Interestingly enough, these seemingly contradictory horoscope signs turn out to produce a very meaningful, fulfilling, and emotionally rich partnerships.

If there is anything that’s clear regarding love compatibility with horoscope signs, it is this: don’t let your first impressions get the best of you. This is especially the case when it comes to the case of Taurus woman and Aquarius man love compatibility.

At first brush, these two signs might have a lot in common; after all, they’re both very future-oriented. However, upon closer inspection and based on past patterns, this might be a superficial commonality.

You have to dig deeper; you have to look at the individual story that both partners bring to the table to see whether Taurus woman and Aquarius man love compatibility would actually pan out.

Attraction between Ambition and Goals

The Aquarius man is a person who’s very big on dreams. This person is a concept person. If you are looking to get practical stuff done like the roofing or the tile work in your kitchen taken care of, the Aquarius man shouldn’t be the first man to come to mind.

You may also find this interesting:  Taurus Woman and Capricorn Man Love Compatibility

However, if you’re looking for some grand concepts or some sort of new idea to really take your career, your business, your interior design to a whole new other level the Aquarius definitely brings a lot to the table.

The Taurus woman, on the other hand, is obviously future-oriented. You have to understand that the Taurus woman is willing to put in the work, the sacrifice and the focus to have a more secure future. Of course, this security in the future takes a certain shape.

While many people look at future security in terms of love, fulfillment, happiness, things that you really can’t buy; things that you can’t really see in material terms, the Taurus woman tends to look at security within the same frame as she looks at material security. This is her biggest challenge: how to tell the two apart.

Aquarius Men Don’t Have To Stay In Dreamland

The big problem with Aquarius men is that they have all these dreams but they don’t act on them. They just look at the clouds and they see all these dreams come and go and many of them are more than content to just let their lives slip by as these series of wishes, hopes, and dreams.

Many develop deep-seated frustrations because they can’t seem to make their biggest dreams turn into reality.

A totally unrelated problem takes place with Taurus women. The Taurus women as mentioned above tend to look at emotional security in material terms. This should not be a surprise because Taurus women are full earth signs.

You may also find this interesting:  Cancer and Taurus Compatibility – The Definitive Guide

This means they look at the world in materialist terms. They look at material things and come up with emotional equations based on those things.

In other words, they look at money and they see money as producing emotional happiness or emotional security. What’s wrong with this picture? I think it should be fairly obvious.

However, try convincing a Taurus woman. In their minds personal fulfillment, security and peace of mind have to have a solid material base.

This can cause serious problems when they are paired with an Aquarius man. As mentioned above, the typical Aquarius man tends to stay in dreamland. This is the key conflict in Taurus woman and Aquarius man love compatibility.

One bad habit that Taurus women tend to have is that they tend to compare their men. They tend to look at the men in their lives and grade them based on how much money they’re making. Of course they’re not doing this because they’re just after money.

They’re looking at the amount of money or net worth a man brings to the table as a measure of the peace of mind such money can bring.

While it is true that a certain amount of material success does provide peace of mind, this is not always the case. Unfortunately Taurus women seem to totally miss the memo on this. They can often cross the line between simply being materialist which is neither good nor bad to being outright materialistic which is almost always bad.

You may also find this interesting:  Three Reliable Ways To Be A Kickass Taurus Wife

This manifest itself in terms of Taurus woman and Aquarius man love compatibility when they’re always comparing their Aquarius men to more successful men in their lives. The worst form of this of course is to compare the current Aquarius husband or boyfriend to a successful past boyfriend. This is the exact same problem that faces the compatibility between Taurus and Libra signs. Talk about a bad move.

If you’re the Taurus woman in the relationship you can help your Aquarius man get his act together.

However, you will not be able to achieve that by browbeating him. You’re not going to nag him into being successful.

A lot of this work, turns out, revolves around the Taurus woman.

The Taurus woman’s expectations can make Taurus woman and Aquarius man love compatibility more difficult than it needs to be or it can be a cakewalk. It all depends on the Taurus woman.