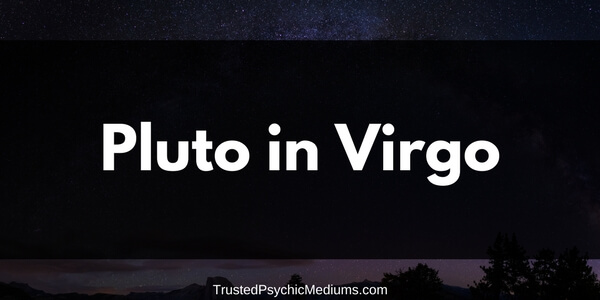 Pluto passed through Virgo from 1958 to 1972, a period of populism and strides towards the safety and protection of the “little man.” People born during this time are highly practical, socially conscious, and believe in slow, steady, methodical change.

Pluto is the planet of transformation, and Virgos believe that transformation is best achieved working within a system, rather than against it.

Virgo is a practical, hardworking, and detail-oriented sign, and it was this sign that eventually made it possible for the upper class to see the working class as a vital part of the machinery of culture, and start to concede that maybe they shouldn’t be completely mistreated, all of the time. The strides weren’t big, but they were there.

This period saw the counter-culture rising up and becoming, if not quite the dominant culture, then at least a very viable competitor. Many more Virgos tended to be interested in the counterculture.

Beatniks, hippies, and bohemians started being seen as admirable figures, not as the scum of the earth – not by everyone, mind you, but by a far more notable contingent of people than those who had appreciated previous countercultural movements in their own times.

This was also a time of technological advancement – the detail-oriented Virgo is excellent at creating new technologies, from computers to space travel! Virgo is a technologically inclined sign, as the “nitty gritty” elements of technology tend to appeal to the way this sign operates.

The bravado of the Leo period broke down into a variety of neuroses. Virgo is a sign that is often called “neurotic,” and while that is probably not a fair assessment (at least, not all the time), it was certainly the case on the broad scale during the 1950’s and 1960’s, when reports of mental illness skyrocketed.

Women born during this period could go in a variety of ways. The traits of the Virgo woman can change immensely depending on a huge range of factors, but in this time, there were certainly some points that came up often.

On the one hand, second-wave feminism had genuinely taken off, and women all over the world were demanding fairer treatment in work, the media, and lovemaking expectations. The lovemaking revolution, in particular, seems odd, considering that the symbol of Virgo is literally a virgin.

Actually, it’s not that strange if you start thinking about it. The lovemaking revolution, in a way, de-mistified lovemaking. It discussed lovemaking in terms of it being a right, a political action, a means of control, and a natural part of human existence – almost everything except a pleasure act. Among all the rallying cries that second-wave feminism put out about female rights to autonomy over their own bodies, you rarely heard “we should be allowed to make love because it’s pleasurable.”

Women who managed to navigate their way through these expectations without losing their senses of themselves remain some of the strongest women around today. If this is the case for you, congratulations – looking back historically, it is obvious what a difficult time it was.

Women during this period were held to a lot of conflicting expectations, and sanctions could be harsh if they were not met. However, women also became more and more confident in themselves, and developed ways to get around the expectations that were put in place, including developing stronger groups of female friends and creating more art that took a distinctly feminine perspective towards the world.

Most men who lived during this time had just come off of the traumas surrounding the Second World War – and possibly the First World War as well. Although tenuous peace had finally been established (and it was very tenuous), the levels of stress were still extremely high, and not all men reacted well to that stress. The stereotype of the neurotic Virgo has some basis in truth.

Reported incidence of post-traumatic stress disorder and related mental illnesses among people who had served in various armies reached an all-time high, leading to many men having difficulty maintaining jobs and relationships. The introverted nature of Virgo led to men of this time being very closed off, emotionally.

However, despite the prevalent neuroses among ex-soldiers during this time, there were many men who found success either in personal ventures or in various types of philanthropy. This was a great period of social revolution when it related to marginalized groups. Of course, women were one of these marginalized groups, but men also took up arms on behalf of racial minorities, the poor and working class.

I should point out that these taking ups of arms in favour of the oppressed were definitely not the majority’s reaction during the 1950s and 1960’s – race tensions continued to mount, homophobia was rampant, and being too sympathetic towards the poor could get you branded as a communist. Virgo can be a very narrow-minded sign at times! However, the minorities that supported rights for marginalized groups were at least getting big enough that they could stand up to the majorities who didn’t!

Many men during this time were struggling to find a gender role that was balanced and functional, considering that fewer and fewer women were accepting male dominance without resistance at this time. Men had to learn how to integrate women into their lives, or else risk running into all sorts of problems when it came to their ability to adapt to their situations.

The neuroses that characterizes Virgo as a sign was rampant across all gender boundaries, but men suffered from it severely, and had less support in dealing with it than many women did. It was at this time in history that male suicides consistently reached a point that was significantly higher than female suicides, where it has stayed since then.

Pluto in Virgo In Love

Idealized relationships during this time could fall into a variety of patterns. The increasing accessibility of mass media over this period makes it increasingly easy to track these variations, compared to earlier points in history. However, there is a consistent theme during this time that intellectual partnerships were considered more important and more valuable than anything else.

As the Virgo women struggled to find balanced gender roles in which they felt comfortable, not confined, the way I’ve discussed above, more and more women sought out men who they could connect with on an intellectual basis. Since Virgo is a cerebral sign, this is a place where all Virgos can excell.

Finding a “partner” with whom one shared values and who would communicate with you seriously about their thoughts became a more and more important and valuable part of a relationship during this period. It is, of course, no surprise that a sign as intellectually-focused and cerebral as Virgo would lead to a higher value being placed on relationships that had these characteristics.

Perhaps because lovemaking was being treated in such a wide variety of ways by various political groups and activists, and therefore could no longer be treated as simply a “given” of relationships, and intellectual partnerships took over from physical ones. Again, it is telling that the symbol of Virgo is a virgin!

If you were born while Pluto was in Virgo, you may be seeking certain qualities in your relationships that were central during this period. Look for a partner who you can match with on an intellectual level, who shares your goals and values – or at least who takes them seriously.

You should also be conscious of the lovemaking aspects of your relationship. It’s not that every relationship needs to be sizzling with lovemaking all the time, but it is important to find a balance between not sharing any intellectual ground, and being so locked up in your heads that you forget that lovemaking matters at all.

The exact balance needed is going to be different for everyone, but it is important that you put some time and energy into seeking it out, no matter what.

Dates for Pluto in Virgo

The dates in which Pluto was in Virgo last were 1958 through 1972. At only fourteen years, this is one of the shortest periods of time that Pluto spent in a sign, but during this time, the world underwent massive changes that no one could have predicted. After decades of violence and totalitarian regimes, this period – while also not necessarily a fun one to be alive in – was far quieter overall.

The main focuses that people had during the period that Pluto was in Virgo were more directed at the home, at their personal lives, and at the more seemingly minor aspects of life, rather than the sweeping ploys for power that characterized Pluto’s time in Leo, or even the insular “us versus them” mentality that was central to Pluto’s time in Scorpio.

The next time Pluto will pass through Virgo is far enough in the future that most astrologers do not feel comfortable predicting it. The elliptical shape of Pluto’s orbit makes it difficult to judge exactly when it will pass through each sign hundreds of years in the future – unlike the Sun, which always spends about the same amount of time in each sign, Pluto could spend anywhere from fourteen to more than thirty years in a sign.

As we progress through the zodiac, there are more and more people alive from each sign, and people born while Pluto was in Scorpio are actually among the most numerous, as this period of time included a significant portion of the “baby boom” generation.

While the world as a whole is no longer characterized primarily by this sign, people who were born under it remain both influential and numerous in the world, so its influence is still felt. Because of this, the qualities of Virgo remain highly influential in the way the world is right now. It remains central to the prevalent worldview that many people have today, as so much of the world’s population was either born during this time, or raised by people who were.

This makes it even more important that both people who were born during this time and people who weren’t examine what characteristics Virgo placed upon its people. The neuroses, the high focus on intellectualism, and the difficult relationship with lovemaking are all things we continue to carry the legacy of today, although we might not realize it until we start really thinking about it!

If you were born during this time, do you agree with the perceptions I’ve put forward – or do you have different views of how Virgo might have affected you? Did you feel its effects within your personal life, mainly observe them in the outer world, both, or neither?

Remember, the signs that Pluto pass through refer more to the zeitgeist of a specific time, rather than the individual experiences of everyone who is alive in it – or else everyone born within a couple decades of each other would think and act exactly the same! 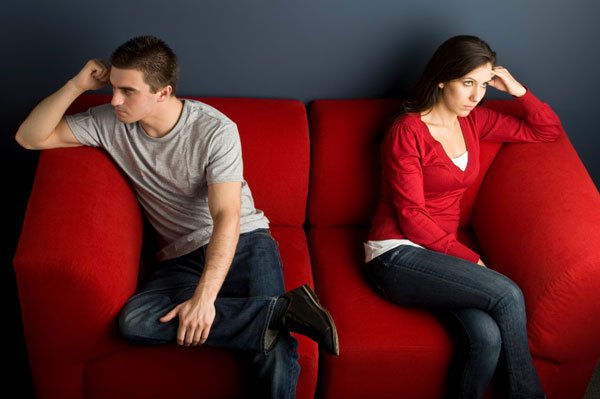