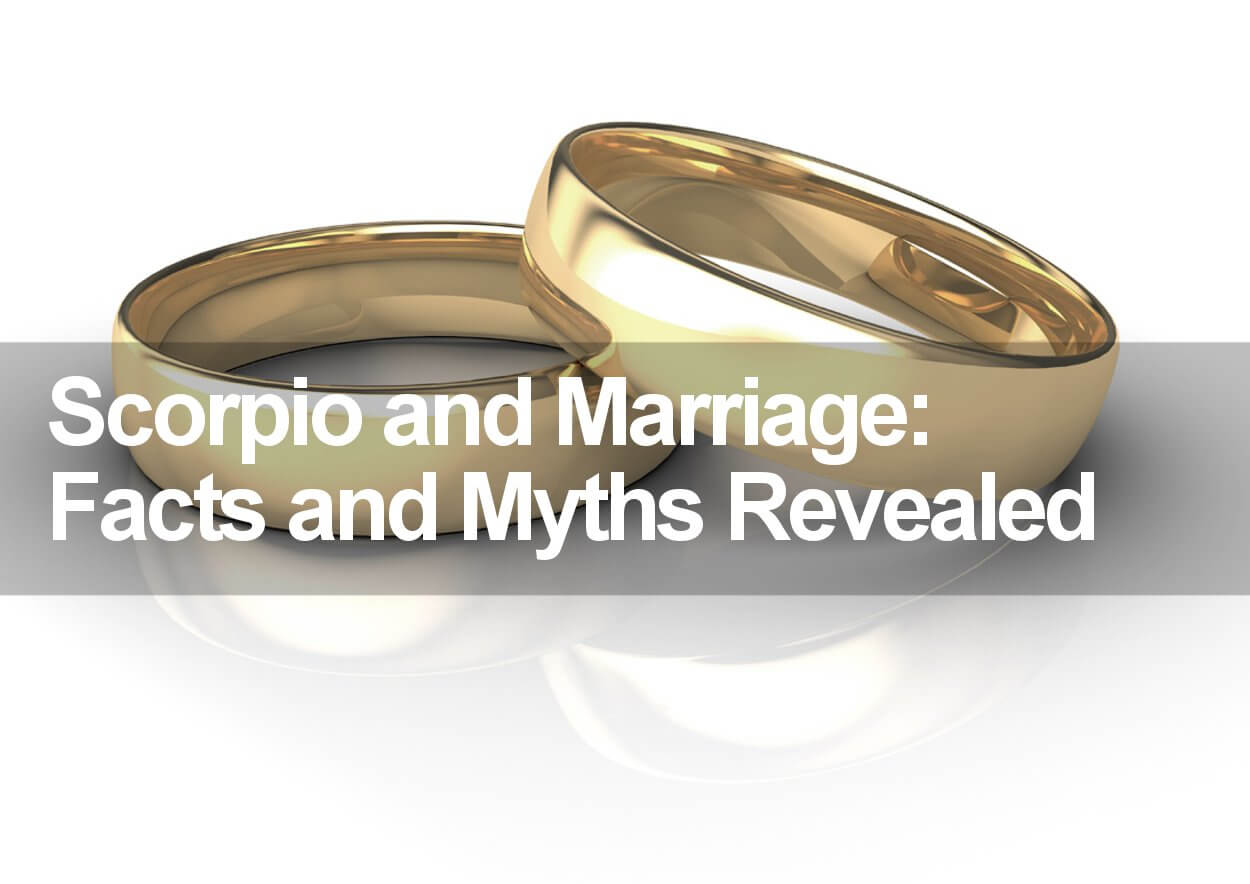 Can you marry a Scorpio? Absolutely. Can Scorpio stay married? Of course.

You have to understand people can commit to getting married fairly easily.

Why? Most people look at permanent commitments like marriage as contracts. And based on this conception, it’s very easy to understand why most Americans easily get into a marriage and easily get out, because you look at it as a contract.

Can you still remain married while looking at your marriage as a contract absolutely? But it won’t be a real marriage. A real marriage is a place where you get full acceptance from each other and you reach higher and higher levels of personal being.

A real relationship is a place where you can say, “I am”. The problem is, fake relationships are relationships of convenience (like I often see in relationships between Scorpio and Cancer signs) where you’re basically just getting a benefit from the other partner and you stay in that relationship. It’s as if the relationship evolved to a certain level and stopped growing past that stage.

You may also find this interesting:  Scorpio: Five Traps To Avoid When Talking To Your Man

Too many people are more than happy to just basically stay with a retarded marriage. In other words, the marriage is still in grade school, because they’re still emotionally backwards, they basically just want to rely on their partner to complete them or to nurture them emotionally because they’re nursing some sort of emotional wound from the past.

Maybe it’s bad parenting, maybe it’s some bad consequences or bad choices or whatever it is, you’re using your partner to basically give you that emotional energy, so you can cope. That’s not a real relationship. Many psychologists would say that’s a sick relationship, because it’s co-dependent.

A relationship is not about using each other. And if that’s the basis of your marriage, then it’s not a real marriage.

Unfortunately, that’s how a contractual approach to marriage tends to be. You’re staying in the marriage because you get something out of that partner. In the same way you stay in a purchasing contract because the seller gives you something and you’re obviously giving something to the seller, because you’re buying. You’re trading goods for money.

You may also find this interesting:  Scorpio: Two Personality Traits That Are Holding You Back In Life

Fully happy people that have been married for decades until they both die (usually within a short amount of time from each other), and remaining fully faithful and happy and fully accepting is because they’re able to define their marriage to its fullest extent. Thinking in terms of contracts is not going to work.

I’m mentioning this because being married to a Scorpio has its particular challenges. You have to be aware of all these concepts because it’s too easy to remain in a marriage of convenience.

You’re married because you’re just making excuses and it’s better to stick with the devil you know that try to look for the angel that you don’t know.

The list is endless as to why people remain married, when the marriage is really no longer evolving and developing. This all plays out in the issue of Scorpio and marriage, because of the emotional intensity of the Scorpio.

The good news about the Scorpio partner’s intensity when it comes to Scorpio and marriage is that this intensity can either make the marriage truly work or expose weaknesses of the marriage.

You may also find this interesting:  Scorpio: Five Traps To Avoid When Talking To Your Man

It’s not uncommon for people to go into a bad situation and stay stuck.

Why? Because they don’t want to admit to themselves that they are wrong.

When you are in a marriage with an intense Scorpio, she or he can definitely push you off that fence and say to yourself, I’m wrong. I married this person.

Or I’m wrong that I married this person, but this emotional intensity can burn off the emotional issues that I have and I can develop to an extent that I can choose to remain in this marriage and work to have this marriage lead to its fullest potential.

You always have that choice. The choice isn’t automatically divorce or emotionally walling off that person.

The good news is that the white hot intensity of the Scorpio when it comes to matters of emotion can be that spark that enables you to find your inner strength to be the fullest person you can become and grow. The strength can then help you do your part in growing the relationship and the marriage to the point where it needs to go.

The good news is that when it comes to Scorpio and marriage, your Scorpio partner’s intensity as annoying and sometimes, painful as it can be can just be that spark that you need to light that internal fire inside you so that you can eventually mature and grow up as a person.