Scorpio: Seven Unmistakable Signs That He is “The One” 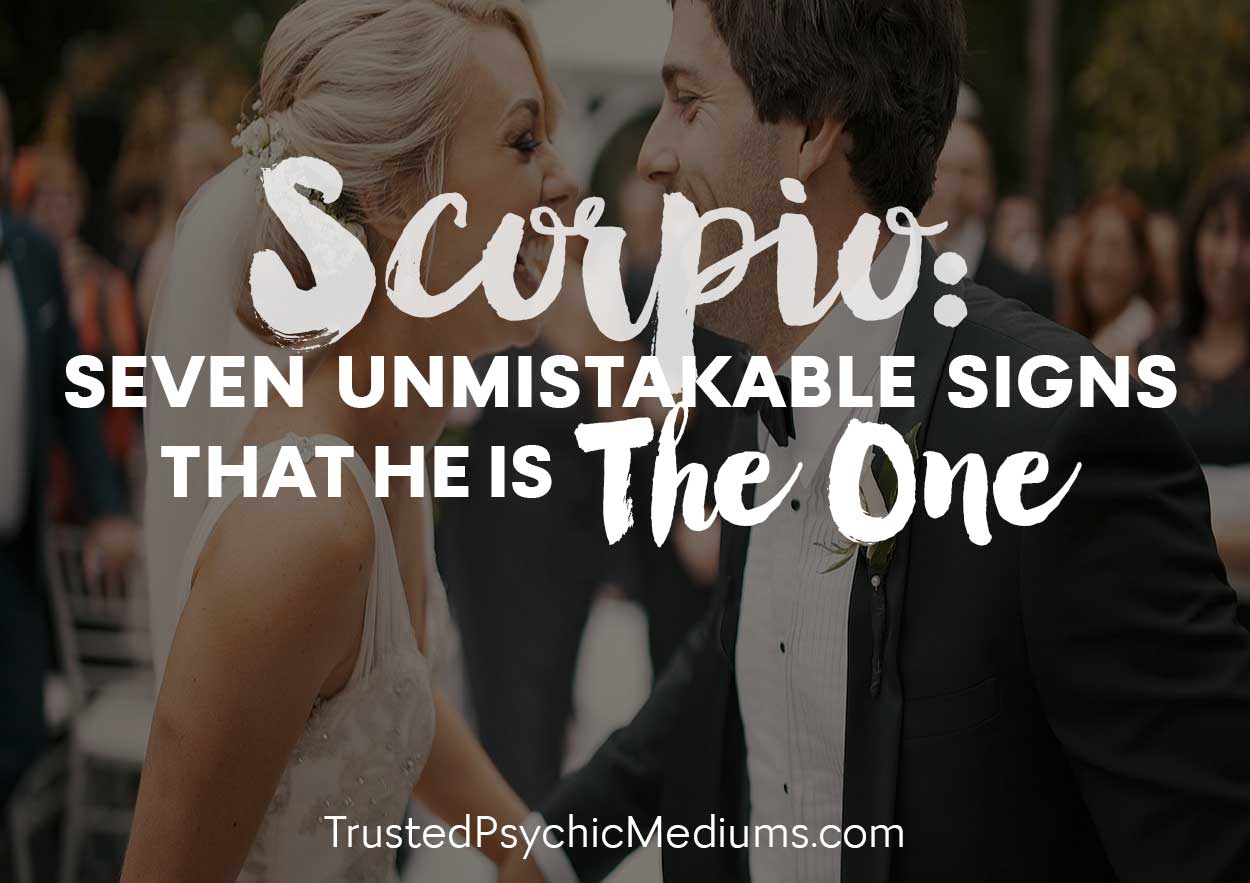 It doesn’t matter whether you’re in a relationship or not. Scorpios are always looking for love.

Even if you’re in a relationship already, you’re still looking for higher levels of love. That’s how emotionally intense you are.

You can’t help it. That’s how you look at the world.

You look at the world with a black-and-white lens.

Either people are with you, or they are against you. Either you’re in love or you’re not in love.

It’s a very high standard. This gives you a high degree intensity that either draws people to you like moths to a flame or repels people.

The great thing about you is that there is no lying with you. There is no comfortable middle ground or awkward gray areas.

You are black and white.

You can’t easily and conveniently categorize it as either good or bad.

Just as most people are combinations of angels and devils, most of us are sinners and saints. That’s the way life is. It’s messy.

Unfortunately, try telling that to a Scorpio.

This is why a lot of them are quite disappointed. A lot of them simply cannot make the world make sense in their minds. A lot of this plays into the historical fact that Scorpios are one of the most misunderstood signs of the horoscope.

The information above also informs the seven signs outlined below. Here are the seven unmistakable signs that special person in your life is the one.

He knows you can sometimes get crazy but still loves you

You’re a very emotionally intense person, and it’s very easy to misunderstand you as somewhat unhinged. It’s actually unavoidable because the world is very conventional.

We like to create pictures of normalcy. We like to come up with some sort of statistical model as to what acceptable in terms of emotional displays and emotional intensity and then anything that falls outside is abnormal.

This person in your life knows that you have that tendency but still loves you anyway. This means a total and unconditional acceptance.

This is an unmistakable sign that this is the right person for you because, let’s face it, you’re very hard to accept. It’s very hard to hold fire in one’s hands.

So somebody who’s able to take your intensity and give you total acceptance is worth hanging on to.

He shares some of your intensity on certain things

One of the main reasons why this person is the one for you is because he doesn’t cancel you. He doesn’t offset you.

It’s not like you’re intense, and he’s the antithesis of intensity. No, it doesn’t work that way.

In fact, you actually share the same level of intensity in certain areas of life.

On certain topics, he burns with the same or even greater passion than you. I know this is hard to believe, but it’s true.

This is a clear indicator that this person has a lot of common with you as far as intensity is concerned.

He lets you into his emotional world

It’s very easy to become skeptical and suspicious of emotionally intense people. It really is.

Why? They can do a lot of damage if you let them inside your emotional world.

If you let them get too close on a heart level, it’s very easy for them to rearrange your emotional furniture and do lasting damage.

If you have that special guy in your life, and he has completely let you into his emotional world, he is the one.

Most people will only allow you to get close to a certain level and contrary to what you may think, emotional intimacy is not real intimacy because that’s the most superficial level.

It’s when somebody actually draws down the gates of the fortress of his heart and lets you in completely with no conditions.

That’s when you know that this person is truly vulnerable to you. If he’s able to do that, then he is the one for you.

You fight frequently, but you make up very quickly

Frequent fights come with a territory as far as emotional intensity is concerned.

It’s because they don’t want to make a mess of things.

They are walking on eggshells and unfortunately, these are relationships that will end up breaking apart someway somehow.

That is not a relationship that has lived up to its fullest potential.

Keep that in mind the next time you fight. Just because you fight doesn’t mean that there’s somebody fundamentally wrong with your relationship.

As long as you make up very quickly, it means that there’s a lot of dynamism and a lot of room for growth in your relationship. There’s a big sense of adventure there.

Each fight with him deepens your relationship

It’s not enough for a fight to end very quickly. It’s nice when a long, drawn-out, and drag out fight ends sooner rather than later, but it has to lead to somewhere.

It’s the latter that deepens relationships, and the good news is you know you have the right one in your life if that’s the kind of fights you have.

Don’t be afraid of fighting as long as the fights lead to somewhere real and somewhere deep.

Also, the fights have to be honest. It can’t be just some sort of battle between self-delusions.

He understands you more than anybody

One of the scariest things that can ever happen to a person is when another person truly understands them. It really is scary.

Why? It seems that the person can truly read you and in many cases, the person knows you better than you know yourself.

There’s a deep and profound sense of lack of control when this happens. You are forced to do one of two things: either you hit the exit, or you trust fully.

When you feel that guy in your life truly understands you more than anybody else on this planet, and you feel the need to trust him, then he is Mr. Right.

He accepts you and your past completely

You have a past. Everybody makes mistakes.

Everybody has scars that they’d like to keep hidden.

Of course, these are invisible scars but there are scars nonetheless. These are moments that we’re not too proud of.

These are situations where we weren’t guided by our better angels.

If that special person in your life understands and fully sees your past but still accepts you anyway, you know that he is the one for you.

Why? It’s very hard to accept Scorpios at least at the very beginning. You have to really work hard at easing people into your past.

If this guy fully accepts your past and accepts you totally, then he is the one for you until marriage.